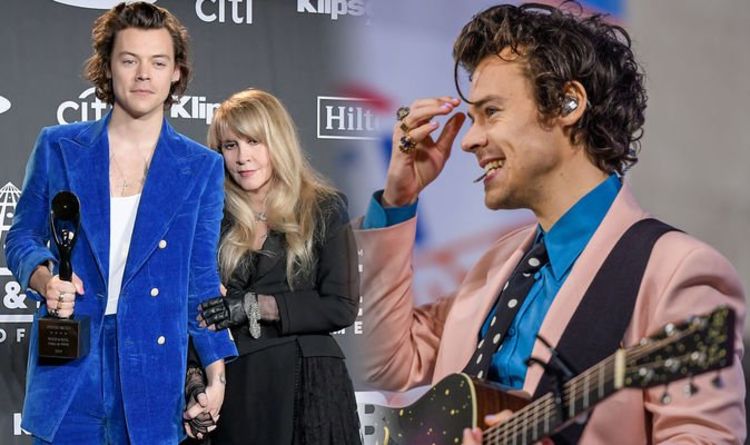 Harry Styles released his second album Fine Line in December. The record, which peaked at number three in the UK albums chart, is the follow-up to his self-titled debut solo effort, which came out in 2017, a year after One Direction went on hiatus.

Falling hitmaker Styles has come a long way from X Factor to previewing his album for Fleetwood Mac icon Stevie Nicks, but that’s exactly what he did with Fine Line.

In an interview with Howard Stern, he explained how the bizarre evening transpired.

Styles said he had taken Nicks and her female out for a late dinner one night when the band were in London last year.

“It was pretty crazy,” he admitted. “I’d just kind of finished the record and she said, ‘Oh, I want to hear the album.’”

“They left at like six,” he recalled. “I remember them walking outside to get a car and the sun had come up, and I was like, ‘I’m exhausted.’”

Styles also revealed the advice Nicks had for the album, telling him to reconsider releasing Lights Up as the lead single.

The former One Direction star said he had thought about her comments but intimately still felt he wanted Lights Up to be the first song fans heard from Fine Line.

“I guess the feeling for me becomes, okay, well, if I wanted it this way and then she told me to change it and I didn’t, I must really want it this way.”

Having first sung the track live at the BRIT Awards 2020 in February with a spectacular piano featuring water pouring from under the lid throughout the performance, his new video saw him singing in a room which gradually filled with water.

Eventually, the rising tide covered his head and continued to fill the space while Styles carried on performing.