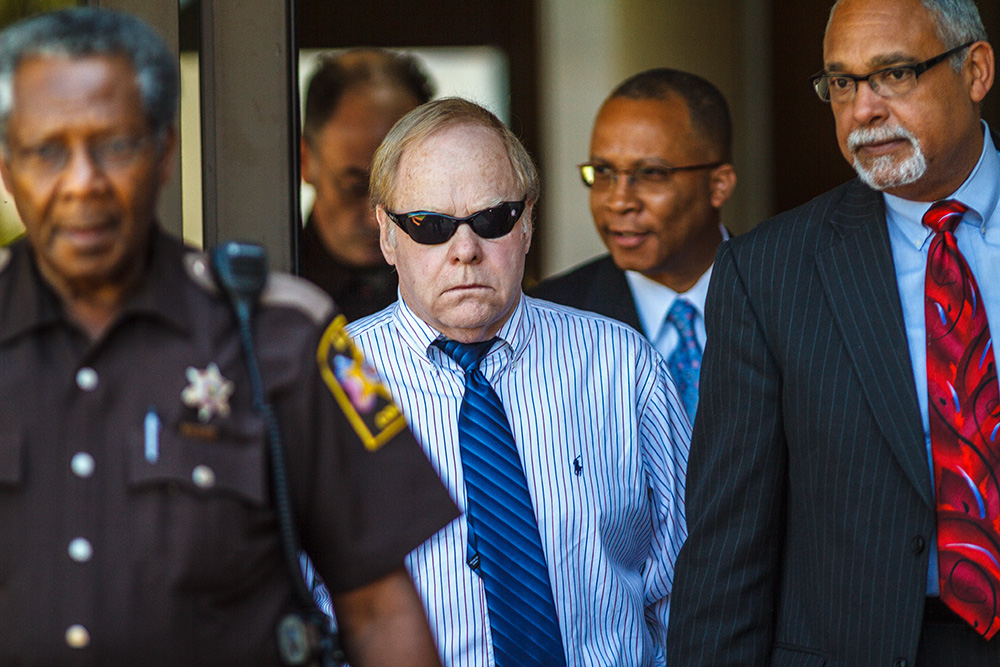 xHarvey Updyke, whose act of vandalism highlighted the absurd levels to which some college football fans take rivalries, has died. His son Bear Updyke told AL.com that his father died of natural causes Thursday in Louisiana, where he was living.

The elder Updyke wrote a new chapter in Alabama-Auburn lore when, in January 2011, he called Paul Finebaum’s radio program under an alias and took credit for poisoning two 130-year-old oak trees at Auburn’s Toomer’s Corner the previous November after his beloved Crimson Tide lost in the Iron Bowl.

Three months after that, he called into Finebaum’s show again as himself after being arrested and expressed remorse, uttering the now-famous line about having “too much ‘Bama in me.” He also spoke about how he didn’t want to be remembered.

“I just don’t want it to be my legacy,” Updyke said, per an Associated Press article at the time. “I don’t want to go to my grave saying, ‘Harvey the tree poisoner.’ I think in my life I’ve done a lot of good things, and undoubtedly that wasn’t one of them.”

Updyke agreed in 2013 to plead guilty to a felony count connected to the poisoning. He was sentenced to three years in prison — he ended up serving six months — and five years’ supervised probation. He was also ordered to pay $ 796,731.38 in restitution and banned from Auburn’s campus. AL.com reported Thursday that Updyke had only repaid about $ 6,900 as of October 2019.

Auburn cut down the trees in 2013. They have been replaced twice since, the first time after a fire.

Updyke’s disdain for Auburn never subsided. Last year, he told CBS News’ Mo Rocca he poisoned the trees because “I wanted Auburn people to hate me as much as I hate them.”

“When I leave this world, I want people to say he was a good father, he was a good stepfather, and he was a very, very good Alabama fan.” Updyke told Rocca. “I admit I, I like them too much.”