Have banks become the good guys? Big money will have... 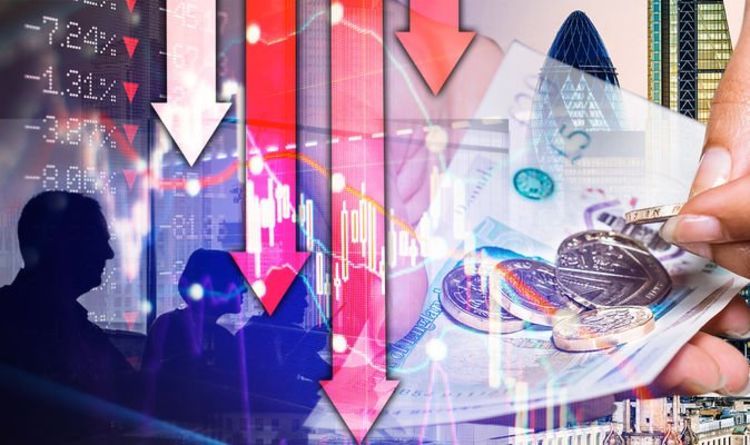 Anneka Treon, managing director of securities at Dutch merchant bank Kempen & Co, claimed the banks played a significant role in the financial crisis more than a decade ago, but this time around “look more like the solution to the problem”. The global financial crisis of 2007-08 was considered by many economists to have been the most serious financial crisis since the Great Depression of the 1930s. What started as the depreciation in the subprime mortgage market in the US, quickly escalated into an international banking crisis with the collapse of the investment bank Lehman Brothers in September 2008.

Banks were blamed for magnifying the crisis with excessive risk-taking, triggering a huge flurry of expensive bail-outs of financial institutions that saw fiscal policies employed to prevent a possible collapse of the world financial system.

But while banks may have been at fault more than a decade ago, Ms Treon claimed they could now play a huge role in saving the global economy.

She wrote in the Financial Times: “During the last financial crisis banks were the problem. This time round, as the coronavirus crisis unfolds, they look more like the solution to the problem.

“Rather than amplifying shocks to the system, as they did in 2007-08, the banks are now helping to absorb them.

“We saw a good example of this in early March when the prime brokerage departments at banks took a firm stance on reducing leverage at some of their hedge fund clients, through margin calls and redemptions.

“The five largest banks have over 60 per cent of the prime broking market, suggesting that actions from just a handful of big lenders can have a huge influence.

“For a week in the middle of last month, deleveraging was more than five standard deviations higher than daily changes over the past 10 years, according to Morgan Stanley.

“Banks are behaving more conservatively as they anticipate deep credit losses across their lending books. They have been quick to put brakes on lending, adjusting rates upwards to reflect higher risk premiums, offsetting a lower central bank rate.”

The Institute of International Finance warned global corporate debt has increased from 84 percent of gross domestic product (GDP) in 2009 to 92 percent in 2019.

The European Commission is encouraging governments in EU member states to make more use of banks as they are now more resilient having learned the harsh lessons from 12 years ago.

Ms Treon wrote: “Already, this crisis is becoming a sort of inverse of the last one. Governments are now leaning on the balance sheets of banks, rather than the other way around, while regulators are relaxing capital requirements to encourage banks to provide support to the economy.

“The European Commission is urging governments to make use of banks because, it says, they are stronger and more resilient than they were a dozen years ago. And they are right: European banks, pre-2008, were running with core equity Tier 1 ratios of between 8 and 10 per cent, compared to about 14 per cent today.

“In some cases, banks are being requested to provide debt for largely government collateralised loans in troubled sectors — which leaves them vulnerable to the non-collateralised part.

“As a result, banks will probably prioritise their balance sheets for certain areas, making them less willing to back deals like the buyout of Thyssenkrupp’s elevator unit.

“That deal, closed just a few weeks ago, marked the highest leverage in European buyout history with debt at a whopping 7 times earnings before interest, tax, depreciation and amortisation.”