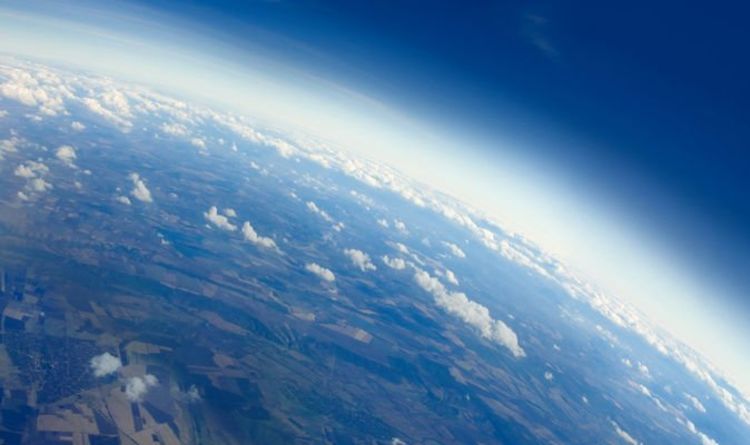 The Earth has been steadily warming since the beginning of the industrial age, and part of that is to do with the build up of carbon dioxide (CO2) in the atmosphere. CO2 creates a thermal blanket trapping heat which would otherwise be reflected back into space – hence the international drive to reduce carbon emissions. Now, scientists have developed a device which can remove CO2 from a stream of air.

The device is essentially a large battery which absorbs CO2 as the gas passes over the electrodes.

As the battery charges, an electrochemical reaction occurs thanks to a stack of electrodes, which are coated with a compound called polyanthraquinone.

This compound naturally attracts CO2 and reacts with the molecules, essentially absorbing the gas, according to the research published in the journal Energy and Environmental Science.

The researchers said that theoretically, a stack of these electrodes could be placed in a power plant where CO2 is being pumped into the atmosphere and help lessen the environmental blow.

Sahag Voskian, a post doctoral student at the Michigan Institute of Technology (MIT), said: “The greatest advantage of this technology over most other carbon capture or carbon absorbing technologies is the binary nature of the adsorbent’s affinity to carbon dioxide.

“This binary affinity allows capture of carbon dioxide from any concentration, including 400 parts per million, and allows its release into any carrier stream, including 100 percent CO2.”

Dr Voskian said the device is “revolutionary” and added: “All of this is at ambient conditions – there’s no need for thermal, pressure, or chemical input.

“It’s just these very thin sheets, with both surfaces active, that can be stacked in a box and connected to a source of electricity.”

READ MORE: Climate change could lead to increase in earthquakes and eruptions

Alan Hatton, the Ralph Landau Professor of Chemical Engineering at MIT, added: “In my laboratories, we have been striving to develop new technologies to tackle a range of environmental issues that avoid the need for thermal energy sources, changes in system pressure, or addition of chemicals to complete the separation and release cycles.

“This carbon dioxide capture technology is a clear demonstration of the power of electrochemical approaches that require only small swings in voltage to drive the separations.”

Once the device has filtered the CO2, it blows out a purer version of the CO2, which can be used for a range of applications including creating fizzy drinks.

In some soft-drink bottling plants, fossil fuels are burnt to generate CO2 and create the ‘fizz’.

The new system could obliterate the need for burning fossil fuels, creating an all-round healthier product.

The team have now created a company which they have called Verdox which will focus on carbonating drinks in a cleaner fashion, and hope to have a plant established within the next few years.