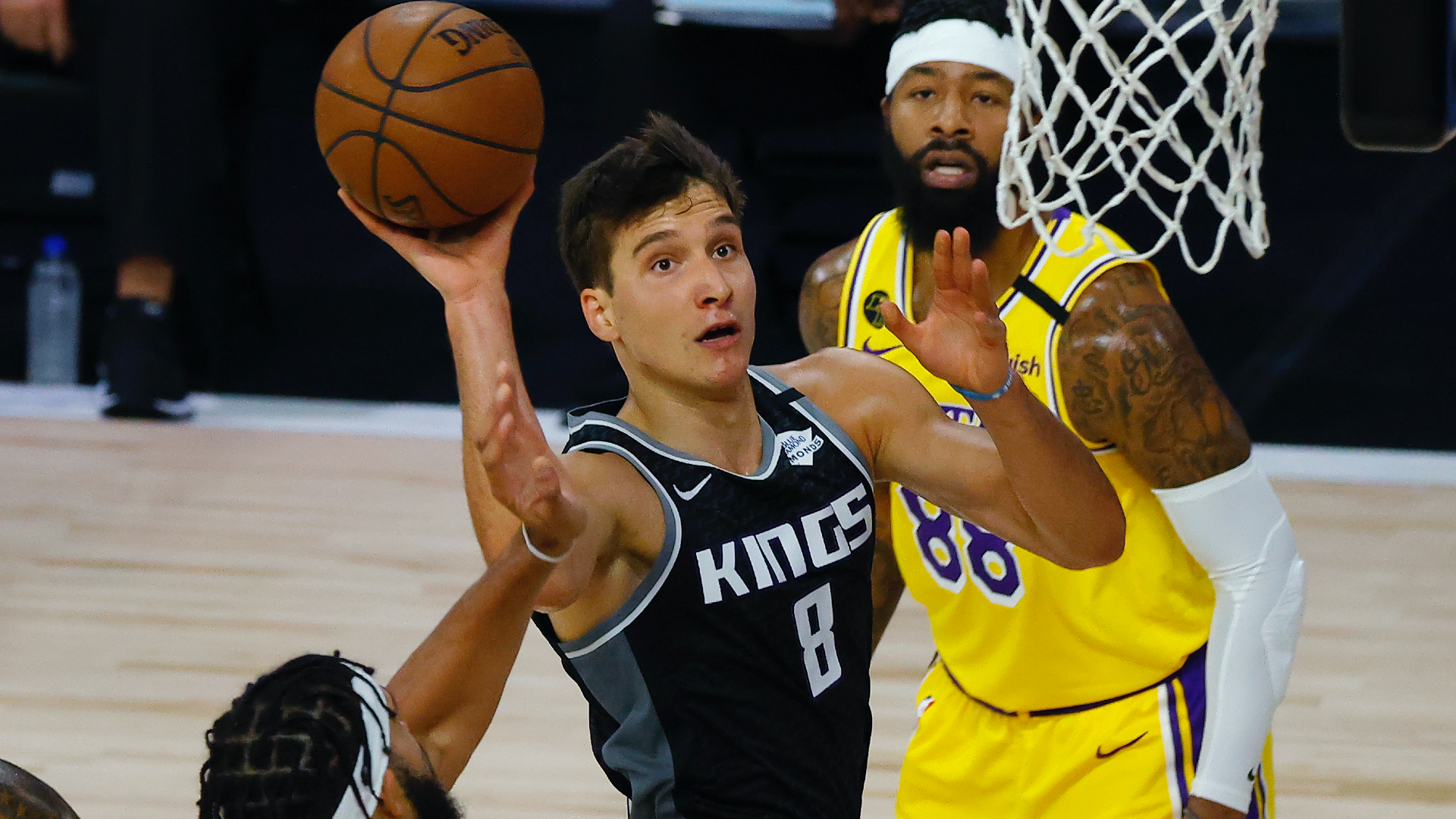 The Hawks added restricted free agent Bogdan Bogdanovic to their ranks on a four-year, $ 72 million deal Tuesday after the Kings decided not to match their offer.

Bogdanovic joins Danilo Gallinari and Rajon Rondo as high-profile Atlanta additions entering the 2020-21 season. With Trae Young about to begin his third NBA campaign, the team has quickly pivoted from rebuild mode to contention mode and will be widely expected to make the playoffs.

But the Hawks must not take signing Bogdanovic as an invitation to feel satisfied if they want to reach their full potential. They carry a deep roster with redundancies they might be able to trim in exchange for more helpful long-term assets, and it will be important for them to do their due diligence on the trade market between now and the end of next offseason, when the pressure to win will have grown exponentially.

Atlanta has the benefit of emerging as a threat at the same time many Eastern Conference rivals appear on the verge of painful decisions. The 76ers, Pacers, Bucks and Raptors face unique roster building challenges the Hawks do not yet have to manage. Financial flexibility and happy star players are among the perks of being a team on the rise rather than one fighting to avoid stagnation.

Below is an in-depth breakdown of what the Bogdanovic signing means for the Hawks and where things could go from here.

Why is the Hawks’ Bogdan Bogdanovic move so important?

Bogdanovic, 28, gives an up-and-coming Hawks squad an established scorer in the prime of his basketball career. Whereas the team relied on inconsistent outputs from still-developing perimeter options De’Andre Hunter, Cam Reddish and Kevin Huerter last year, it now has someone who can be counted on to get at least 15 points most nights. That provides win-now value while enabling Hunter, Reddish and Huerter to grow outside of the spotlight.

Bogdanovic is a career 37.4 percent outside shooter who launches from beyond the arc at a high volume. The trio he forms with Trae Young and Danilo Gallinari is floor-spacing nirvana.

The Hawks have many options for their starting lineup that play to different strengths, so a decision for the first game probably won’t be made until much closer to the start of the season.

That said, one would imagine they’re eager to build a fun, explosive scoring unit around Trae Young. A maximum shooting lineup might look something like this:

Huerter could be replaced by several players in that starting five. A more defensive minded approach might slot De’Andre Hunter on the wing alongside Bogdanovic. A physical approach looking to exploit poor rebounding opponents might slide Gallinari up to small forward and put tenacious board-getter John Collins at power forward. With a strong beginning to the year, Cam Reddish could also earn himself a spot in the lineup.

In any case, expect to see a wide array of groupings early in the season as coach Lloyd Pierce figures out who works best together. For players outside of Young, Bogdanovic and Gallinari, crunch time minutes might fluctuate dramatically over the first couple of months.

What are the lingering issues for the Hawks?

This is a really good roster with a crazy high ceiling as it currently stands. Still, it feels like an unfinished product due to redundancies among rotation players.

Take Clint Capela and John Collins, for example. They are both incredibly active rebounders who will be powerful screen-and-roll threats with Trae Young, and plenty of teams around the NBA would love to have either one. But while Collins, 23, has developed an outside shot to match his athleticism (40.1 percent from deep this past season), he is not necessarily the type of nimble ball-handler meant to be fanned out to the perimeter every possession. Because Capela is exclusively anchored down low, there could be spacing issues if Collins pairs with him.

Sure, Collins could provide the type of bench energy Montrezl Harrell gave the Clippers over the past couple of years if the Hawks want to split him up from Capela in their rotation. It’s uncertain, though, whether such a move would trump trading one of the big men for a more versatile outside threat or draft compensation.

Atlanta also has a glut of young wings it may ultimately choose to deal next summer depending on how those players progress in 2020-21. As De’Andre Hunter, Cam Reddish and Kevin Huerter jockey for minutes, it is possible a breakout from one of them will make the others less essential. The Capela/Collins dilemma is more pressing, but the development of the wing situation is worth watching as well.

Why did the Kings avoid re-signing Bogdan Bogdanovic?

The Kings wanted to maintain financial flexibility and felt $ 72 million was too much of a hinderance, according to ESPN’s Adrian Wojnarowski.

And once Tyrese Haliburton dropped to the Kings at No. 11 in Wednesday’s draft, Sacramento suddenly had a deeper, more talented backcourt than they originally anticipated heading into free agency — another factor in this decision. https://t.co/R5l8il2WZn

Sacramento recently extended De’Aaron Fox and will roll with Fox, Buddy Hield and Marvin Bagley as its core moving forward.