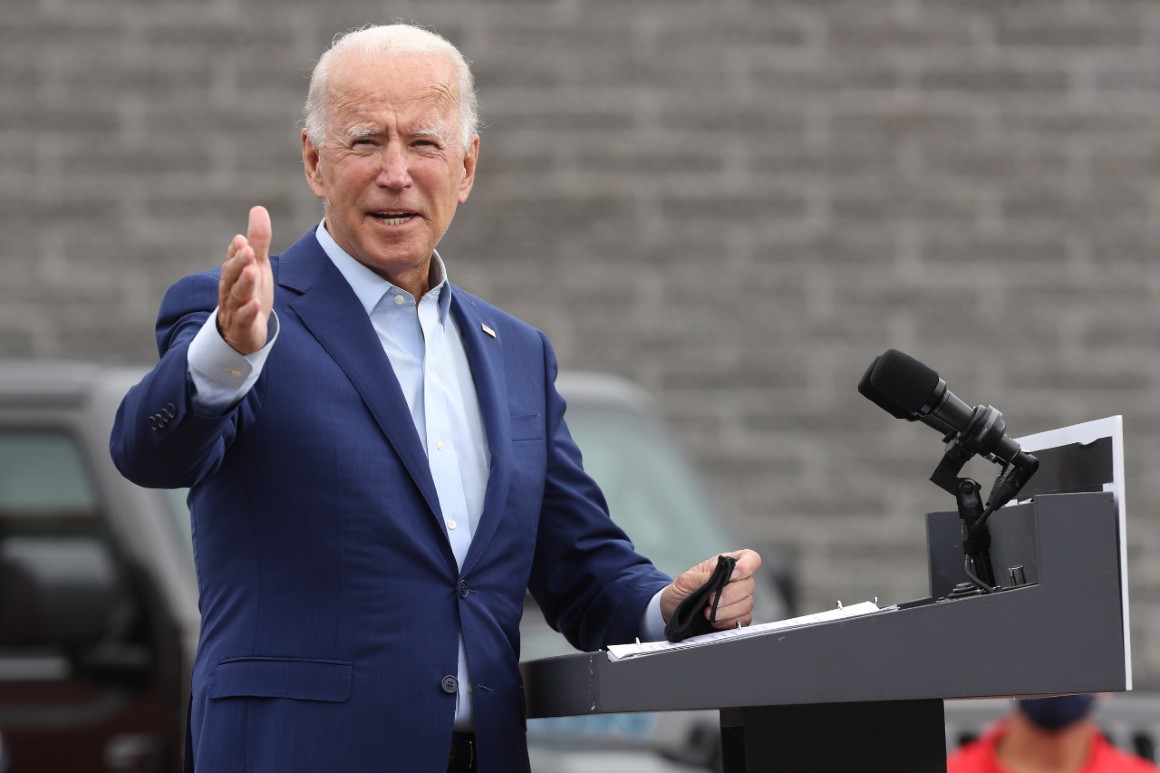 “You just breathe the air and that’s how it’s passed,” Trump told Woodward. “And so that’s a very tricky one. That’s a very delicate one. It’s also more deadly than even your strenuous flu.”

In another conversation on March 19, the president told Woodward that he intentionally played down the threat of the virus so as not to panic Americans.

White House press secretary Kayleigh McEnany maintained in a press briefing on Wednesday that Trump “has never lied to the American public on Covid” and “never downplayed the virus” — despite his acknowledgment to Woodward that he did just that, as well as numerous dismissive statements from Trump regarding the coronavirus.

“He knew how dangerous it was. While this deadly disease ripped through our nation, he failed to do his job on purpose. It was a life-and-death betrayal of the American people,” Biden said of the president, pointing to studies that estimate as many as 54,000 lives could have been saved had Trump moved to shut down swaths of the country two weeks sooner.

He added that Trump’s “failure has not only cost lives — it sent our economy into a tailspin,” asserting that the economic recession that has put millions out of work had been “created by Donald Trump’s negligence.”

The Democratic nominee noted that news of Trump’s comments came as the U.S. is set to record its 190,000th death from the virus, and while schools and businesses across the country remain closed due to the threat.

“How many schools are not open right now? How many kids are starting a new school year the same way they ended the last one, at home?” Biden asked. “How many parents feel abandoned and overwhelmed? How many frontline workers are exhausted and pushed to their limits? And how many families are missing loved ones at their dinner table tonight because of his failures?”

He continued: “It’s beyond despicable. It’s a dereliction of duty. It’s a disgrace.”