Heart attack: The biggest signs you could be having a... 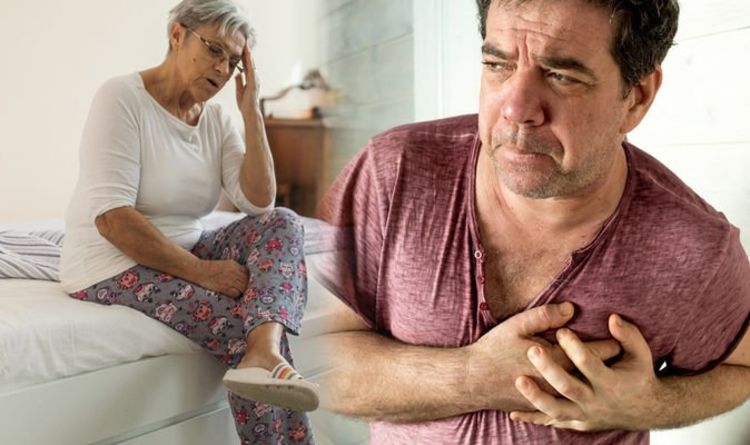 CardioSecur said on their website: “As circulation is affected during a heart attack, part of the heart muscle dies.

“In addition, following a silent heart attack, the risk of dying due to heart disease is three times higher than for someone with a normal ECG, and the the overall risk of death rises to 34 percent.

READ MORE: Heart attack: Include this snack in your diet to reduce your risk

The classic symptoms of a heart attack include chest pain, difficulty breathing and perspiration, however, with a silent heart attack the symptoms are not always the same.

“The feeling of faintness, dizziness or weakness, that either resolves on its own or increases in intensity to the point of collapse, can also be a potential indicator of a silent heart attack.”

The danger of a silent heart attack

Dr Jorge Plutzky at Harvard-affiliated Brigham and Women’s Hospital said: “People may feel fatigue or physical discomfort and chalk it up to overwork, poor sleep or some general age-related ache or pain.

“Other typical symptoms like mild pain in the throat or chest can be confused with gastric reflux and heartburn.

“Silent heart attacks often leave scarring and damage to the heart, which, combined with the fact that many people who have a silent heart attack don’t seek immediate care, can further raise a person’s risk of a second and potentially more harmful heart attack.”

'They, attack, biggest, could, Having, Heart, signs, Silent