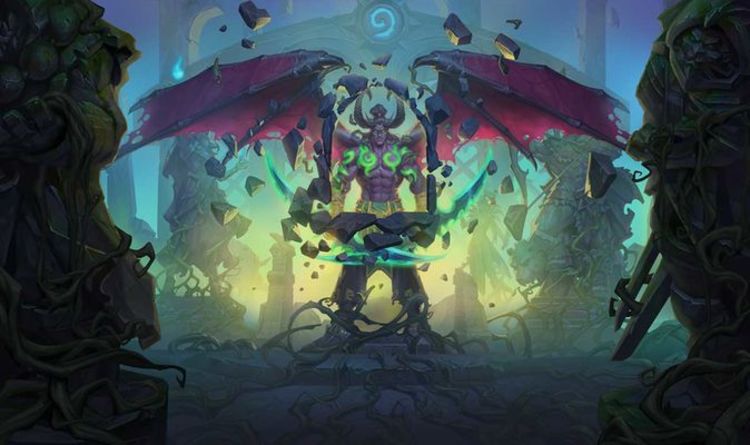 Hearthstone Ashes of Outland is the next big card expansion for the popular mobile game in 2020. A ton of new cards are being released this week, alongside the full launch of the new Demon Hunter Class. Blizzard has confirmed that 135 cards will be included in Hearthstone: Ashes of Outland, with players now able to unlock the new Demon Hunter Class by completing the Prologue mission.

If you do this now, you will have full access to the base Demon Hunter card set when everything kicks off later this week.

Other changes coming with the new Hearthstone expansion in April include the introduction of Primes, which are powerful minions who shuffle a vastly-upgraded version of themselves back into your deck when they’re taken off the board.

Every class save the Demon Hunter has its own unique Prime, like the Warrior minion Kargath Bladefist.

Ashes of Outland also features Imprisoned Demons, who come into play “dormant” for two turns. Initially unable to attack and impervious to any threats, these powerful minions unleash tempo-shifting effects once they’re activated, with the potential to swing the outcome of a match.

As confirmed by Blizzard earlier in 2020, the Hearthstone Ashes of Outland release date has been set for Tuesday, April 7.

It should be noted that the official launch day may differ depending on where you live in the world, meaning it might not be available to download until April 8 for some.

When it comes to an official release time, Blizzard has provided a schedule for when new quests will be added to the game.

And if this is part of the new update going live, we should have a good idea for the official Ashes of Outland release time.

Based on the new quest chain schedule, Ashes of Outland should be available to download by 10am PT in the United States.

For gamers in the UK, this would mean the new Hearthstone card update arriving at around 6pm, GMT.

Based on the current information, here is when Hearthstone Ashes of Outland should be available to download globally:

As always, it will be worth keeping track of the official Hearthstone social media pages for the latest news.