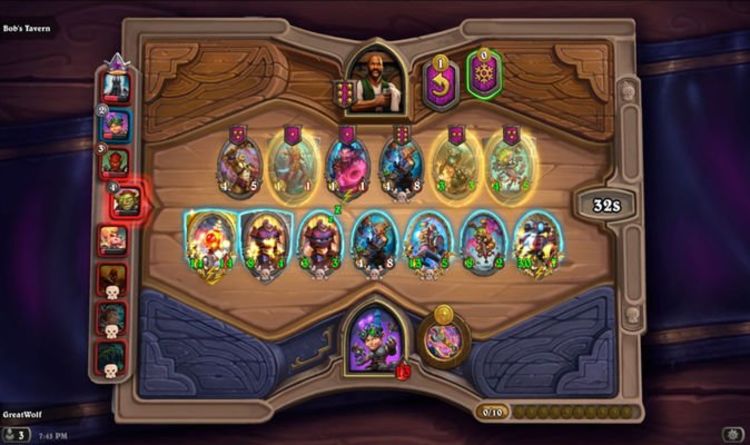 BlizzCon 2019 saw more than just a new set of cards announced for Hearthstone, although there were plenty of fans looking forward to the Decent of Dragons reveal.

Blizzard took fans by surprise by announcing their own version of Auto Chess for Hearthstone.

Hearthstone Battlegrounds made its debut during BlizzCon 2019, with plenty of event attendees checking out the new mode on the show floor.

And the good news is that gamers who didn’t attend the big expo won’t have to wait long before they get to check it out for themselves.

Blizzard has announced that the release date for Battleground has been set for this week for certain fans.

Those Hearthstone players who have acquired the Descent of Dragons pre-purchase bundle will get to start playing on Tuesday, November 5,

And it’s not just pre-order customers, with BlizzCon Attendees, and BlizzCon Virtual Ticket holders also able to access this new game mode on the same date.

While this may cut out the large majority of players, the open beta for Hearthstone Battlegrounds also has a release date scheduled for this month.

Full access on PC, Android and iOS will go live on November 12, bringing with it a large audience eager to check out the new mode.

And while Battlegrounds will be free-to-play like the base Hearthstone card game mode, it will come with other limitations.

Due to the nature of an 8-player match with tons of attacks, effects, and animations triggering at the same time, Hearthstone Battlegrounds is currently only supported on mobile devices with more than 2 GB of RAM.

This means that some older devices may not be able to run Battlegrounds, which could frustrate some Hearthstone fans.

The good news is that Blizzard plans to optimize the experience so that players with older devices can participate in this new game mode, following the beta phase.

More details on the new game mode expansion can be found below, courtesy of Blizzard: “Hearthstone Battlegrounds will launch with 24 different Heroes, each with their own unique Hero power that changes the way you’ll recruit, battle, and strategize against your opponents.

“Once a match begins, you’ll be presented with a selection of available Heroes. Take a little time to consider your options and start formulating a plan on how to best utilize your chosen Hero’s power.

“For example, choosing Millificent Manastorm will passively cause all Mech minions that appear in Bob’s Tavern to gain an additional +1/+1, so you’ll likely want to focus on revving up your robotic recruits to make the most of Millificent.

“Alternatively, Arthas gives you the choice to spend a little of your hard-earned Tavern coin to grant your right-most minion Reborn, so careful positioning is key when you’re playing as the Lich King.

“Once Battlegrounds makes its way into Hearthstone, it will be accessible through a new “Modes” button from the Hearthstone main screen, which will also include the Arena.”

It should be noted that the new Hearthstone Battlegrounds will also require a new update, which is expected to not grow the overall size of the game on mobile phones.

Meanwhile, the new Decent of Dragons card expansion will be launching globally on December 10th, 2019, introducing a new card set, new game mechanics, and a whole host of dragons.

“The dragon to end all dragons, Galakrond, manifests as five brand-new Hero cards, one each for the Warrior, Warlock, Shaman, Rogue, and Priest classes,” a message from Blizzard explains.

“Each version of Galakrond comes with a powerful Battlecry and Hero Power. However, the recently awakened Galakrond is still growing in power, and the League of E.V.I.L. will need the help of dragon cultists to Invoke Galakrond and release his full potential.”