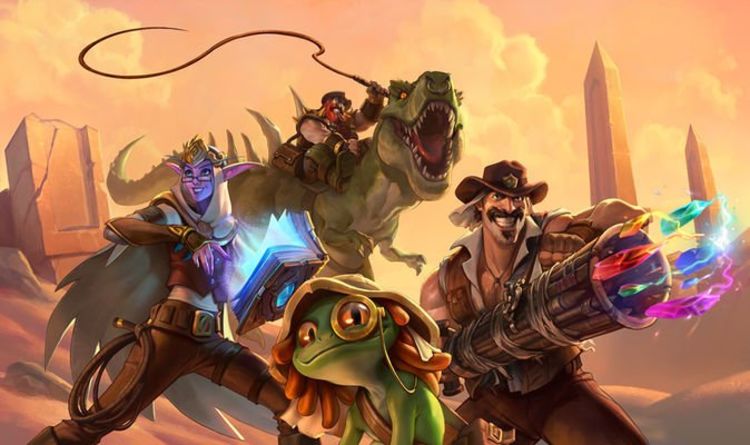 Blizzard has provided the first clues that they will be announcing the next Hearthstone expansion this week.

Like expansions in the past, Hearthstone fans can expect some new class announcements from Blizzard, as well as free cards and mechanics.

Recent reports also suggest that it could be a big one, offering some interesting new content to explore during 2020.

So far, Blizzard has only said that they will be hosting a reveal for Hearthstone on March 17, 2020.

And that certainly sounds like a big expansion reveal is being planned for the free-to-play game available to download on Android, PC and iOS devices.

There could also be some big news connected to Hearthstone Battlegrounds, with the new mode proving popular with fans.

But from what has been shared online so far, it appears that the main topic of business will be the main mode for Hearthstone and how Blizzard plans to expand it with new cards and features.

WHEN WILL THE NEW HEARTHSTONE EXPANSION BE REVEALED?

According to Blizzard, the next big Hearthstone announcement will be made on Tuesday, March 17, 2020.

The new video content will be available to view at 9am PT, on Twitch and YouTube Hearthstone Channels.

For fans in the UK, that will mean the first information appearing online at around 4pm, GMT.

More information from Blizzard confirms: “Mark your calendars! On March 17 at 9 a.m. PT, on both Twitch and YouTube, Brian Kibler will kick off our massive reveal showcase stream with Hearthstone Game Director Ben Lee!

“From there, we’ll dive deeper into our plans with Game Designers Chadd Nervig and Dean Ayala.

“We’re going to share more than we ever have before, so tune in and be the first to know what’s coming next to the tavern in 2020 and beyond.”

This certainly suggests that a big new Hearthstone expansion is going to be announced this week by Blizzard. So far, nothing official has been confirmed on what will be revealed by Blizzard during the showcase, or how it will change the game.

However, rumours online suggest that Blizzard is planning some changes that will affect the game in a big way. A new mode is not expected to be revealed, as Hearthstone Battlegrounds takes up so many resources to support.

New expansions usually include a ton of new cards to try out, and it’s clear that something is being worked on for release in the coming months.

Based on how expansion reveals have gone in the past, it seems likely that we will hear about a new campaign, new cards, and whatever other new features are being planned.

These could be ready to go live in April 2020, as a March release date doesn’t seem possible at this point.

Blizzard usually let fans wait at least a month for a new Hearthstone expansion to arrive after announcing one, meaning we could have this big update in mid-April.