Help! I’d Like to Ride the Train. Is it Safe? 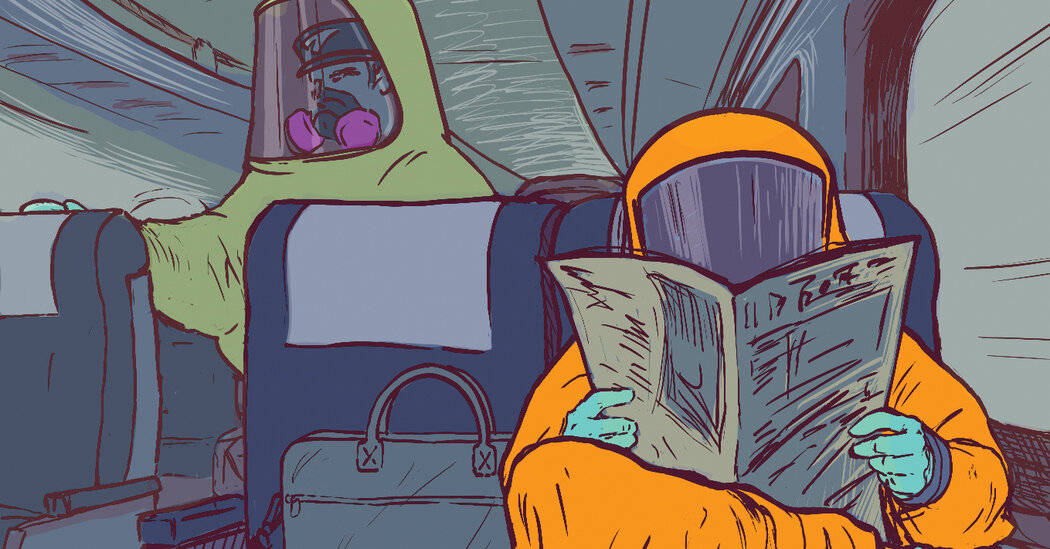 I’ve been hesitant to take a train during the pandemic because I have concerns about safety. I live in Philadelphia, which means that by the time I board, the train has already picked up new passengers at several other stops. What are rail companies like Amtrak doing to adjust to Covid-19, and what can passengers do to stay healthy while traveling? Ann

Although recent studies from Europe and Asia suggest that public transportation isn’t a major source of virus transmission, I understand where you’re coming from. Trains — enclosed, sometimes crowded spaces with strangers — feel more worrisome than cars these days.

To answer the first part of your question: In order to keep employees and passengers safe and spur consumer confidence during a dip in ridership, rail companies, both regional systems as well as Amtrak, are undertaking massive coronavirus efforts.

“When the pandemic hit, Amtrak, like all transportation providers, was hit especially hard,” said Steven Predmore, Amtrak’s executive vice president and chief safety officer, in an emailed statement. “We took immediate action to protect the health and safety of our customers and employees and reduce capacity,” he added.

That “immediate action” by Amtrak and other train companies generally combines mandatory masks, social-distancing rules and signage, carry-out-only dining and improved air filtration. It also tends to include some form of enhanced cleaning — usually a morning or evening deep-clean paired with regular, en-route cleaning of bathrooms and other high-contact areas on trains and in stations.

Any expectation to the contrary would be unrealistic, said Tanjala Purnell, an assistant professor of epidemiology at the Johns Hopkins Bloomberg School of Public Health. “It’s just like when you’re at the supermarket: Even when the best efforts are made to clean, as soon as we come in we’re already doing damage to the hard work,” she said. “We cannot go in thinking, ‘They said that it was cleaned and spotless, and now here I am.’”

Amtrak, however, is limiting passenger capacity to roughly 50 percent (a percentage that varies depending on the quantity and size of groups traveling together) and has expanded cars and routes that have reserved seating (now available on Acela business class, as well as business class on the Vermonter and the Palmetto routes). The company is also publicly encouraging riders to do what most regulars have been “sneak-doing” for eons, anyway: place their bags on the empty seat next to them in order to keep the space free. This summer, the company promoted its Private Rooms, found in sleeping cars on some routes, through two-for-one deals.

“Our top priority is keeping our employees and customers safe and we have been leading the way by delivering a new standard of travel,” Mr. Predmore said. “We have studied, analyzed and made improvements to provide a safe travel experience.”

Amtrak has also partnered with health experts at George Washington University and germ-killing experts and microbiologists at RB, Lysol’s parent company, to help strengthen its cleaning and disinfection protocols.

At certain stations in and around Philadelphia, meanwhile, S.E.P.T.A. (Southeastern Pennsylvania Transportation Authority) has enlisted employee volunteers to serve as “Social Distancing Coaches” who give out free masks to riders without them.

Other developments have taken place in the technology sphere. Amtrak just added a “Capacity Indicator” to its website and app, allowing customers to see, in real time, how full trains are. Those numbers, expressed as percentages, dynamically adjust as tickets are sold.

The Metropolitan Transit Authority — which runs the subways, buses and commuter rails in and around New York City — has introduced a crowding-data feature to TrainTime, an app that tracks real-time service status for Metro-North Rail Road. Riders can now see which trains are likely to be the most (and least) crowded, based on the median ridership numbers of the previous seven trips. The agency has spent $ 231.9 million on Covid-19 measures as of mid-September, according to a spokeswoman.

That brings us to the second part of your question: What’s a nervous rider to do?

Travelers with an average risk tolerance who are not compromised from a health standpoint can implement some easy measures on trains, Dr. Purnell said.

“The key is to go in preparing to use the same practices and protocols that you would use even if you knew nothing about Amtrak’s new enhanced safety measures,” she said.

She said that means wearing face masks, wiping down armrests and other surfaces with disinfectant wipes and handwashing (or using sanitizer) regularly during the journey.

Dr. Purnell also recommended using contact-free ticketing and check-in when it’s available (like the Amtrak app and the M.T.A.’s eTix app), staying outside when possible (some train platforms can be reached without entering the station), steering clear of others while boarding and traveling at off-peak hours. (Off-peak fares are in effect for all Metro-North and Long Island Rail Road trains, anyway.)

“Even without Covid, those are usually the times that are more manageable anyway,” she said. “If you have flexibility, they’re an even stronger option now.”

As for where to sit: “There’s no perfect solution,” Dr. Purnell said. Crew and passengers will come and go, and you’re guaranteed to be within six feet of someone outside your “quaranteam” at many points throughout the ride.

But depending on how the car is configured, some might feel most comfortable at the end that doesn’t have a bathroom. That way, anyone needing the bathroom won’t have to pass you to get there. And if you’re extra-concerned about people brushing against you as they traverse the aisle, go for the window seat.

“Let’s also keep in mind that train operators are also putting themselves at risk to keep our transportation running efficiently,” Dr. Purnell said. “So when we’re thinking about doing these things, it’s not only to keep ourselves safe — it’s also to keep them safe.”

Sarah Firshein is a Brooklyn-based writer. If you need advice about a best-laid travel plan that went awry, send an email to travel@nytimes.com.