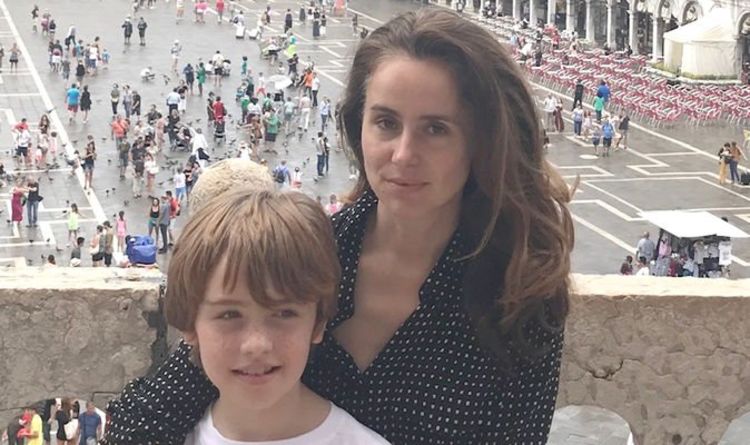 Last weekend our ‘Supply Kuvan On the NHS’ campaign launched by demanding a deal with US firm BioMarin for their life-changing drug Kuvan. Genetic condition Phenylketonuria, or PKU, forces sufferers to live on a severely-restricted dietary regime, as too much protein can cause brain damage.

Since 2008 US firm BioMarin’s drug – which could help 600 UK sufferers led a normal life – has been approved for use but not available on the NHS.

Now we are backing a Parliamentary petition for 100,000 signatures that will force a huge Westminster Hall debate on the PKU drugs crisis.

Mum Kate Learoyd has fought for years for Kuvan on the NHS, despite her son Alex, 11, luckily taking the pill via a drug trial.

Kate, 46, of Holt, Wiltshire – who launched the petition on Thursday – said: “PKU is rare disease which has been ignored for too long.

“We started this petition to demand access to Kuvan – which is used across Europe already. We need many more signatures.

“We hope the kind-hearted Daily Express readers will take a moment to imagine our long struggle and sign our petition.

“Let’s get the government to sort this out now. Eleven years is a farce. Adults and children need Kuvan now.”

While campaigner Caroline Graham – mother to PKU siblings Holly, 23, and Callum Graham, 26, of Godalming, Surrey – said: “We’ve battled this unfair situation alone for a long time and we’ve made no progress.

“The Daily Express is determined to see this through to the end and is now in our corner. Now we need their incredible readers’ help.

“Please help us by signing and sharing this petition. We are so grateful to the Daily Express for shining a light on this injustice.

“Kate and I spoke to Matt Hancock in January and he said Kuvan was on his agenda. Let’s see if that is true.”

Mum Leanne Barnett knows the anguish of living without life-changing drug Kuvan as her twin two-and-a-half year-old girls have PKU.

Sisters Olivia and Ruby were born via IVF after parents Leanne, 43, and Peter Barnett, 55, tried for 17 years to have children.

On Friday, Leanne, of Kingswood, South Gloucs, told us: “Both my twin girls need Kuvan. It would transform their lives.

“I hope the government will listen to families like mine. Thank you to all the Daily Express readers who are behind our campaign.”

People with PKU cannot properly digest the amino acid phenylalanine (Phe), it builds up and can cause brain damage.

Kuvan reduces those levels but has yet to be approved by NHS drugs appraiser NICE. In 2019 BioMarin made $ 463 million (dollars) in Kuvan sales alone.

Kuvan costs around £45,000 per adult-per year and as low as £4,000 for a child, although the NHS would seek a significant extra discount.

Last December Prime Minister Boris Johnson vowed to do his “absolute utmost” to strike a deal but BioMarin and the NHS are still at loggerheads.

Meanwhile patients in 26 other European countries including Lativia, Bulgaria, Austria, Estonia, Luxembourg, Denmark and Czech Republic, all have it.

This week, just days into our campaign, BioMarin told the Daily Express they would re-engage with the NICE drug appraisal process again.

The news was greeted with joy and relief by PKU sufferers and campaigners in the UK.

BioMarin told us: “BioMarin is pleased the Daily Express is supporting calls for Kuvan to be made available to people with PKU in the UK.

“We are proceeding with NICE’s STA process in the hope of achieving reimbursement.

“However, we are concerned this is likely to result in a negative decision due to the extremely restrictive thresholds within the process.

- Advertisement -
Facebook
Twitter
Pinterest
WhatsApp
Linkedin
ReddIt
Email
Tumblr
VK
Previous articleCoronavirus: Holidays at home or abroad – is anywhere safe as virus surges in UK?
Next articleHigh blood pressure: Having this kind of flatlining feeling could be an early warning