Here are Podcasts to Inform Your Vote 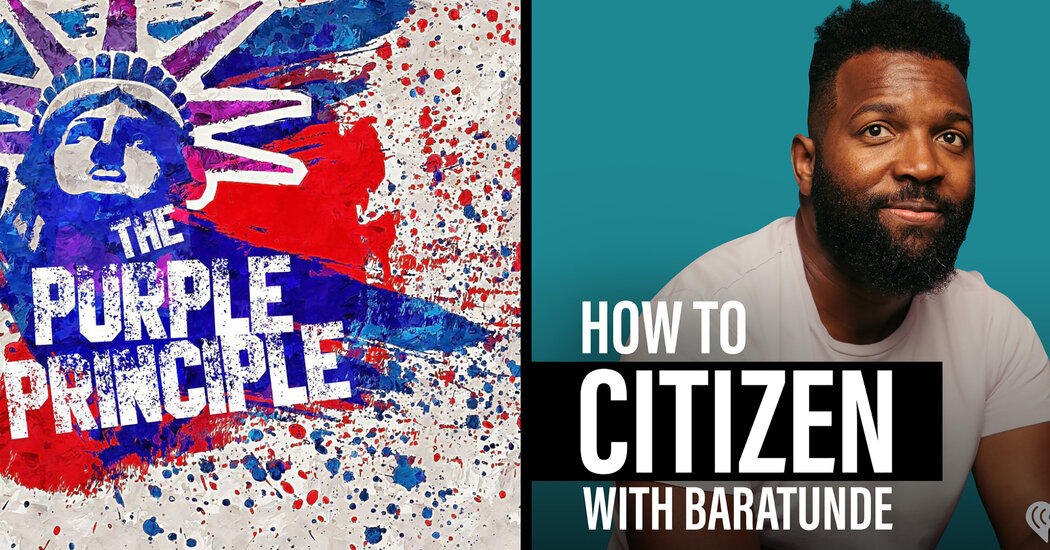 The same year George Washington took the oath of office to become the first president of the United States, Thomas Jefferson sent a letter to the Welsh philosopher Richard Price in which he described the newly created government. Jefferson wrote, “Wherever the people are well-informed they can be trusted with their own government.” The future third president most likely never imagined our era of disinformation, when an informed citizenry is perhaps more important than ever. Here are four podcasts to help you better understand how American democracy works and your role in keeping it alive.

In this new show from iHeartRadio, the writer and comedian Baratunde Thurston asks what it means to be a citizen. In conversations with activists, Thurston sets out to prove a thesis: that citizenship is about investing in relationships within your community. The show bypasses the din of politicians’ partisan battles and instead focuses on community-level movements like feeding the food-unstable through community fridges or instituting public-safety solutions that don’t involve the police. In each episode, Thurston and his guests show that the care Americans show for one another every day is reason for optimism. And the show’s format practices what the content preaches: Unlike most interview podcasts, Thurston and his guests chat before members of a “live” Zoom audience, making space for them to ask their own questions.

This podcast from New Hampshire Public Radio asks the questions you know you should know the answer to — and hope you never get asked. Like, why do we have the Electoral College? How did the Democratic and Republican parties become the country’s dominant parties? What are the differences between the House and Senate? There are more than 200 episodes to choose from, many of which are especially valuable for those who are not yet old enough to vote. The “Civics 101” team has also created a special, “Civics Short,” for sixth through eighth graders to discuss things kids might be hearing about in the news, like the judicial branch, nominating conventions or the purpose of the Centers for Disease Control and Prevention. And while all episodes are accessible and appropriate for young people, the questions they answer in their episodes, like “What are we?” (a democracy? A republic? A democratic republic?), will no doubt prove illuminating to listeners of all ages.

America’s partisan divide is at its highest in decades. How did we get here? And is there any fixing it? “The Purple Principle” makes the case that party-unafilliated Americans have a role to play in bridging political divisions. Because even as it feels as if partisanship has become more extreme and entrenched lately, the number of independent and unaffiliated voters has actually risen in the past few decades, accounting for 35 to 40 percent of the electorate. To understand the minds of independent voters and the hidden sway they yield, this show talks to professional mediators, stand-up comedians, neuropsychologists, economists, writers and politicians across the political spectrum. Together, the show argues for harnessing the power and position of nonpartisan-minded Americans to affect the electoral system and change the troubling trend toward division.

This civil rights interview show from the American Civil Liberties Union has spun off a special mini-series on voting it calls “At the Polls.” The team at the legal nonprofit takes on a new listener question about voting rights each week, and explores the unprecedented obstacles to exercising them during an election year. Every Tuesday through the election, they will unpack listener-submitted questions, like: Why is voting inaccessible to so many? Will voting rights litigation decide the 2020 election? How are mail-in ballots processed? When can we expect to know the election’s results? The special series’ host Molly McGrath, a voting rights lawyer and organizer, taps experts to lay out the legal facts and precedents about voting and offer possible outcomes to prepare for.

Join The New York Times Podcast Club on Facebook for more suggestions and discussions about all things audio.