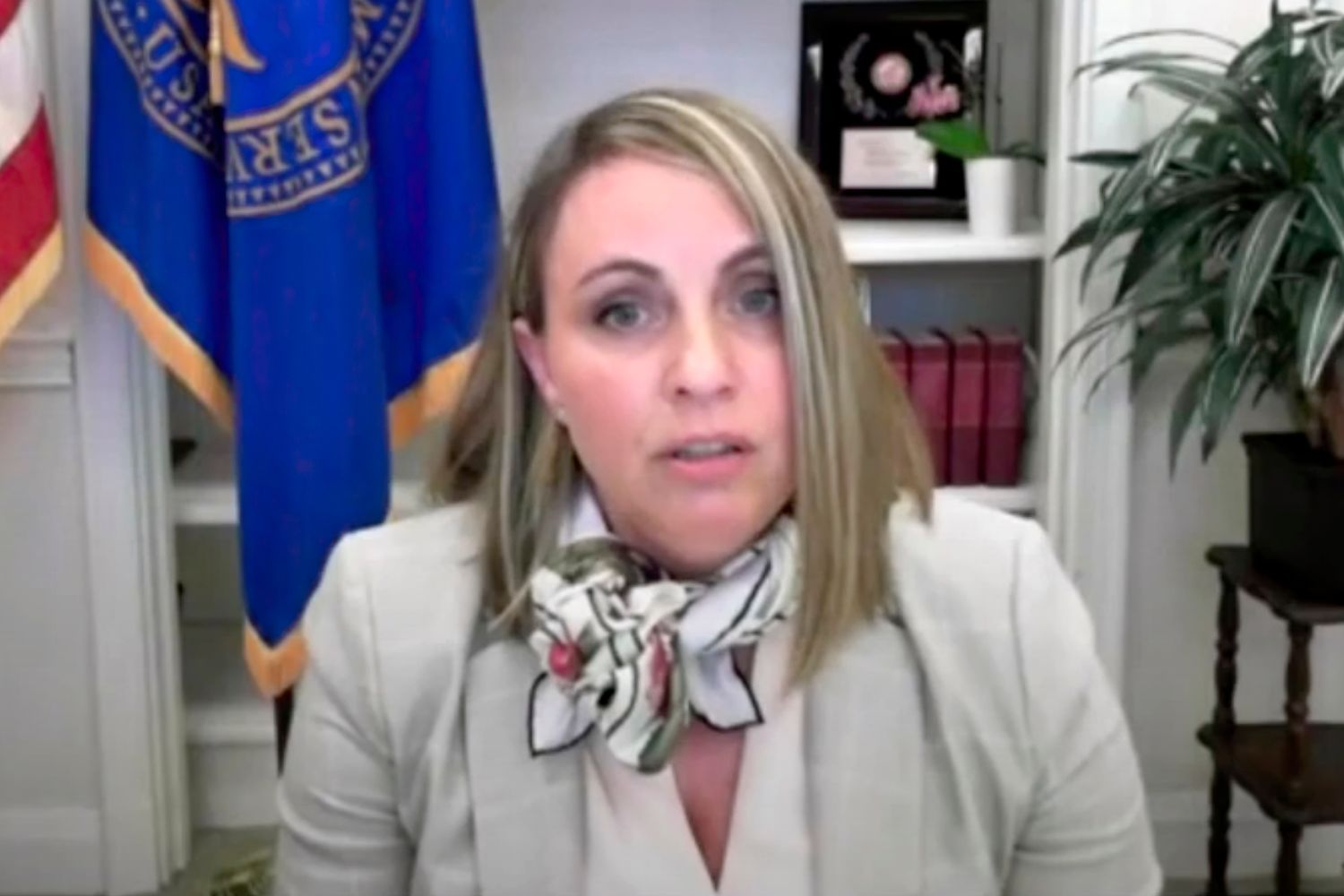 That backdrop informed Tuesday morning’s briefing, conducted over video with occasional glitches. “As the committee with jurisdiction over the entire IG community, it is our responsibility to protect the IGs from political interference,” Oversight Chair Carolyn Maloney (D-N.Y.) said in her opening remarks.

Meanwhile, panel Republicans took issue with the need for a briefing — saying that Grimm’s survey relied on hospital responses that are now outdated — and disputed the media coverage of Trump’s nomination of a full-time HHS inspector general. “Any allegation that Christi Grimm was fired or removed for issuing a report is simply incorrect,” said Rep. Jim Jordan (R-Ohio), the ranking member.

Republican and Democratic lawmakers have urged Trump to nominate permanent, Senate-confirmed inspectors general, warning that acting IGs — who can be replaced by the president without warning — are more susceptible to pressure and strong-arming by the agencies they’re supposed to oversee. As Grimm was testifying, another former acting IG, Glenn Fine of the Pentagon, resigned from his post, just weeks after Trump demoted him and elbowed him out of a role overseeing the federal coronavirus response.

But unlike Fine, Trump has not moved to sideline Grimm while her permanent replacement awaits confirmation. And Grimm emphasized that she has no plans to change her approach, telling members that the office has not shifted strategy since Trump nominated Jason Weida on May 1 to be the full-time HHS inspector general. Weida, an assistant U.S. attorney in Boston who is awaiting confirmation, would replace Daniel Levinson, the former HHS inspector general who retired in June 2019.

Trump attacked both Atkinson and Linick as politically biased Obama appointees and circumvented a 30-day requirement to notify Congress by placing them on administrative leave.

Grimm on Tuesday largely steered clear of politically sensitive issues, instead using the briefing to roll out the HHS inspector general office’s four-part strategy to handle Covid-19-related audits and mentioning that “dozens” of additional topics are under discussion for future probes. She also said the administration had taken “numerous actions” to address the hospital shortages identified in the April survey.

Republicans also pressed Grimm on whether she was investigating China and the World Health Organization’s role in the outbreak, claiming that they conspired to hide information about the virus’ threat. “Did the delay in understanding the severity of the pandemic cause a delay in the administration’s ability to respond?” Rep. James Comer (R-Ky.) asked.

“We do not have current work looking at that,” Grimm responded, adding that it’s a topic that would potentially be probed in the future.

By Unlike the conventional PCR tests – which cost at least £45 each – this means that no lab is required and they can be...
Read more
Health

By The "sunshine vitamin" grew in popularity more than any other vitamin supplement between June 2019 and July this year, market research expert Mintel said....
Read more
Health

Asthma: How to exercise safely if it’s a trigger for your health condition

By Ninety percent of people with asthma report symptoms during exercise, as stated by Asthma UK. Considering it's the key to longevity and wards off...
Read more
Health

Flu jab: How long does it take for immunity against the virus to develop?

By Flu symptoms The flu can cause a range of symptoms, which can be mild or severe – usually improving within a week. Symptoms include: fever, headache,...
Read more
Health

Coronavirus UK: ‘Delirium’ is a key coronavirus symptom in older people – how to spot it

By “Early in the pandemic, we noticed that many frail, older patients with COVID were suffering from delirium, but there was very little data to...
Read more
Health

By High blood pressure - which is also known as hypertension - puts extra stress on blood vessels and vital organs. The condition could lead to...
Read more