High blood pressure: Doing this physical activity on a regular... 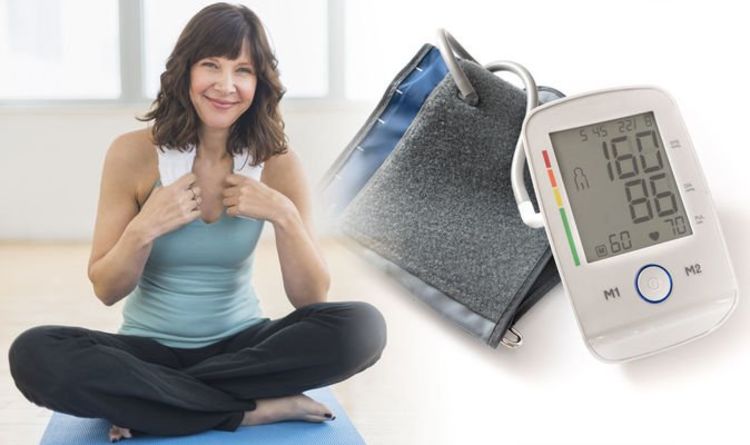 High blood pressure pounds the artery walls with every heart beat, with the sheer force of impact damaging the vessels needed to transport blood from the heart to vital organs which can be potentially catastrophic. Consequently, lower blood pressure readings are the ideal.

A researcher who specialises in kinesiology – the scientific study of body movement, addressing physiological, biomechanical, and psychological principles – has found that yoga can reduce blood pressure.

Based at the University of Connecticut, the researcher, Yin Wu, analysed data from 49 trials with a total of 3,517 participants.

Volunteers were mostly middle-aged, overweight men and women who already had high blood pressure or were close to developing the condition.

People were randomly assigned to partake in yoga, with blood pressure readings being taken before and after the activity alongside a the blood pressure of a control group who didn’t do yoga.

Results showed that those in the yoga group experienced a noticeable reduction in blood pressure readings.

To demonstrate, the systolic reading (the number at the top) averaged a 5mmHg reduction in those who practised yoga compared to those who didn’t.

Furthermore, the diastolic reading (the number at the bottom) also reduced on average 3.9mmHg for those who did yoga.

READ MORE: How to live longer: Avoid these four habits immediately to increase your life expectancy

Interestingly, when the assigned yoga groups practised breathing and relaxation techniques within their classes, the systolic blood pressure dramatically reduced by 11mmHg more than the control group.

And, highlighting the benefits of breathing techniques in yoga even further, diastolic blood pressure reduced by 6mmHg.

Yin Wu said: “Our results not only showed that yoga can be just as, or even more effective than aerobic exercise to reduce blood pressure, it also quantitatively showed the importance of emphasising yoga breathing techniques and mental relaxation/meditation along with physical forms during practice.”

People in the study started out with average blood pressure readings of 129/80 mmHg.

This suggests the reductions associated with yoga might be enough to return some people to the normal range – as a healthy blood pressure reading is considered to be 120/80mmHg or lower.

As a simple blood pressure reading can be taken by a health professional at your local GP surgery, this figure – quite frankly – is shocking.