High blood pressure: Warning of hypertension found in your ears – do you hear this? 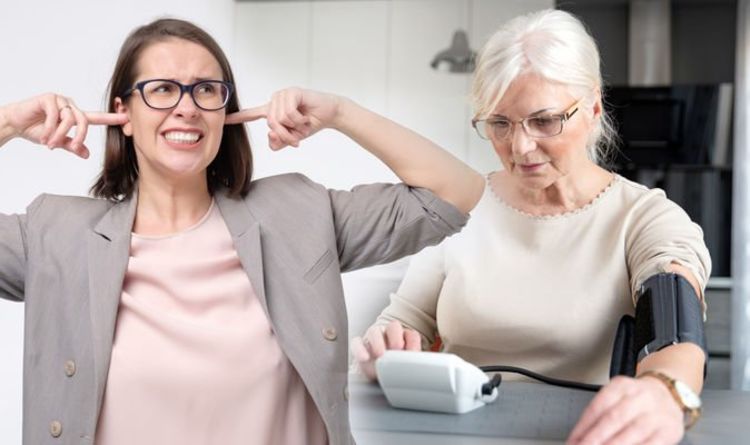 High blood pressure is a common condition which affects more than a quarter of all UK adults. The condition doesn’t usually have any symptoms, but a constant ringing or buzzing in the ears has been linked to having a high reading.

With age and build-up of cholesterol and other deposits, major blood vessels close to your middle and inner ear lose some of their elasticity — the ability to flex or expand slightly with each heartbeat, explained the Mayo Clinic.

The health site added: “That causes blood flow to become more forceful, making it easier for your ear to detect the beats.

“You can generally hear this type of tinnitus in both ears.

“Hypertension and factors that increase blood pressure, such as stress, alcohol and caffeine, can make tinnitus more noticeable.

“Narrowing or kinking in a neck artery (carotid artery) or vein in your neck (jugular vein) can cause turbulent, irregular blood flow, leading to tinnitus.”

In a study published in the US National Library of Medicine National Institutes of Health, the association between tinnitus and hypertension was analysed.

The study noted: “Tinnitus is the perception of noise in the absence of an external source and is considered by most authors as a multifactorial symptom.