High street shops on the brink: Half of retailers face... 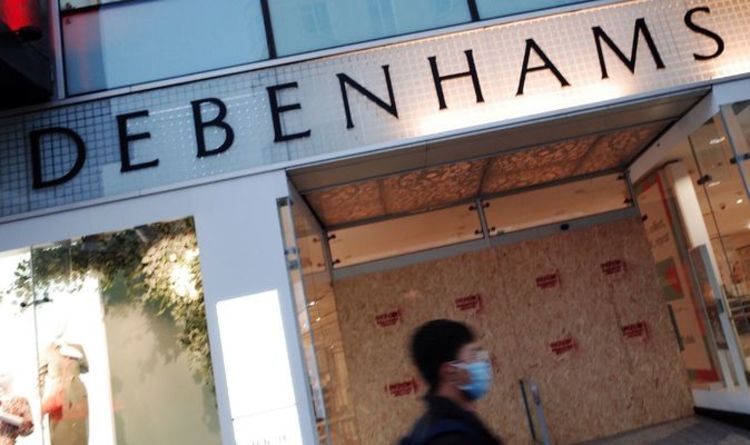 A study of 34 retailers found five big names were already struggling with negative cash flow before the pandemic had even begun, relying on credit to fund any investment.

The report by business consultancy Alvarez & Marsal, the firm managing the collapse of Cath Kidston and sale of footwear chain Office, comes amid warnings of two million UK jobs losses and the biggest financial crisis since the Great Depression of the 1930s.

Figures from the Office for Budget Responsibility predict the worst GDP slump in a single quarter since records began in 1908.

Separately, The International Monetary Fund warned the global economy will suffer its deepest plunge since the Great Depression of the 1930s.

The report on retailers found that even if sales dropped by 10 percent during the coronavirus lockdown period, more than two-thirds of retailers would fall into negative cashflow.

But it suggests sales are set to drop as much as 70 percent – placing every retailer sampled into dangerous territory.

Over the past fortnight, several household names have slipped into administration, leaving workers desperately in need of financial help.

Carluccio’s, Brighthouse, Cath Kidston and Debenhams all feature in the list – with Oasis and Warehouse set to be the next victims.

At the moment, retailers are being offered business rates holidays and furlough, which pays 80 percent of employees’ wages and are also being protected from eviction.

But the emerency measures introduced by Chancellor Rishi Sunak are only temporary and as lockdown continues through to summer, demands will intensify and retailers will have to consider alternative ways to pay rent and overheads.

He said: “The next few weeks will be critical.

“Retailers need to ask themselves the tough questions and take steps to address underlying operational issues while they still have the chance.”