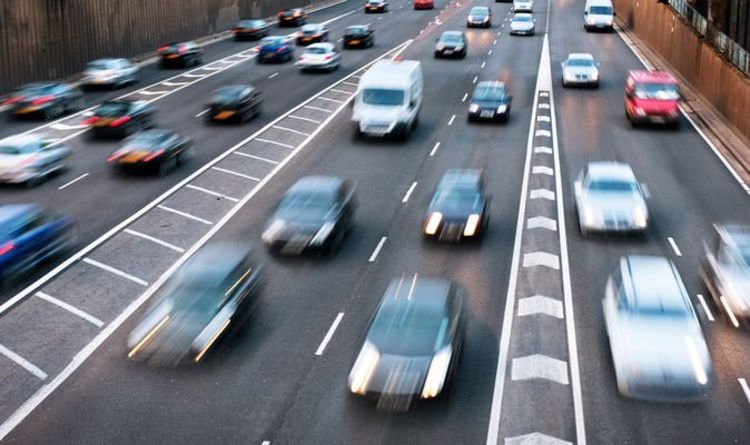 Speaking to the Telegraph, Highways England chief executive Jim O’Sullivan claimed the roads were too complicated and no more dynamic motorways would be built. He also spectacularly claimed Highways England chiefs may not have properly looked into the safety of the scheme before they were implemented, despite the group’s previous safety assurances. The admission comes just weeks after a Highways England spokesperson claimed the roads were safer than traditional motorways. The group claimed their evidence proved all lane running schemes had reduced casualty rates by more than 25 percent.

They also claimed the networks effectively eliminated the risk of death or injury from hard shoulder incidents and were significantly safer for motorists than other roads.

However, Highways England has made a spectacular turnaround in claims their dynamic running lanes could be scrapped.

Dynamic lanes are just 68 miles of the entire motorway network in the UK and turn an existing hard shoulder into a live road during peak times.

Speaking to the Telegraph, Jim O’Sullivan said: “People aren’t sure if it’s a hard shoulder or not.

“I don’t think we will be building any more dynamic hard shoulder smart motorways. They’re just too complicated for people to use.”

Mr O’ Sullivan also spectacularly claimed Highways England chiefs may not have even looked into whether smart motorways which kept their hard shoulder were more dangerous.

He added: “I am persuaded that the difference is so slight that we would not have looked into it.”

However, motorists have done a spectacular U-turn on their support for the schemes after a spate of recent incidents.

A shocking study from the AA revealed over one in seven drivers now believe the new networks are more dangerous than a traditional motorway.

A staggering 70 percent said the smart networks were more dangerous than previous roads with a hard shoulder as just one in ten said they felt safe using the scheme.

Smart motorway networks have come under fire after a string of incidents involving the roads since they were adopted across the country.

Four people were killed in just ten months after separate incidents on one stretch of smart motorway on the M1.

The shock announcement also comes after an eight-year-old boy was killed when a lorry ploughed into his grandfather’s Toyota which stopped in a live lane.

In a statement, AA President Edmund King called upon Transport Secretary Grat Shapps to launch a review into the safety of the networks.

He added: “Unfortunately we have already seen fatalities where vehicles have been left in vulnerable positions in live lanes. Previous research has shown that if Stopped Vehicle Detection is not in place it takes an average of 17 minutes to spot a stationary vehicle in a live lane.

“Our new study shows that public trust on removing the hard shoulder has pretty much evaporated. Before any further schemes begin, we need an urgent and independent review into the safety of existing schemes.”