His Dark Materials Golden Compass movie: Why Daniel Craig and... 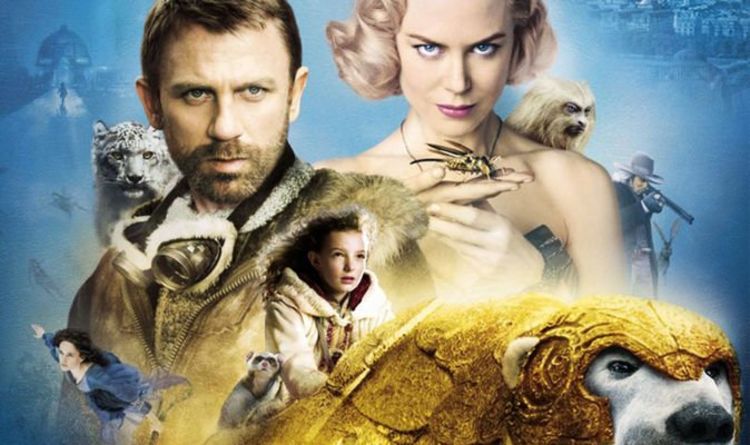 Published between 1995 and 2000, His Dark Materials is a best-selling fantasy book trilogy and it was only a matter of time before a big-screen adaptation came along. The result was 2007’s The Golden Compass (the American title of the first novel, Northern Lights), but the movie turned out to be a failure critically and at the box office despite being led by stars Nicole Kidman and Daniel Craig. Plans to complete the trilogy were dropped and now 12 years later His Dark Materials in its entirety has been adapted for television. But what went wrong the first time?

The Golden Compass saw production issues before filming even began.

First announced in February 2002, the movie had script and director-hiring difficulties which delayed the project significantly.

Director Chris Weitz has gone on record saying The Golden Compass was a bad experience.

Speaking in 2009 at Comic-Con, the Twilight New Moon director said: “The last film that I made was recut by the studio, and my experience with it ended being quite a terrible one.”

But why did The Golden Compass go through such a big edit in post-production?

According to Weitz, the film received criticism for its atheistic worldview and negative portrayal of religion, something that could make the movie financially risky in the US. And to some extent, the studio was right, with the Catholic League calling for a boycott of the movie.

READ MORE: HOW DIFFERENT IS HIS DARK MATERIALS TV SHOW TO THE BOOKS?

Even before The Golden Compass was released, religious organisations were complaining about His Dark Materials’ anti-religious messages.

While also been criticised by secularists for watering down such elements of the story in the film.

The National Secular Society, which the books’ author Philip Pullman is an honorary associate, said: “They are taking the heart out of it, losing the point of it, castrating it.”

In the end, The Golden Compass was something of a flop with its $ 180 million being one of New Line Cinema’s most expensive movies ever at the time.

The film managed to take just $ 372 million worldwide, however, it did win both a BAFTA and Oscar for its visual effects.

Meanwhile, His Dark Materials TV star James McAvoy has spoken out on how faithful the new show is to the books.

Speaking with the Radio Times, the actor said: “I don’t think there’s that much that’s different, I really don’t.

“I think it’s a pretty faithful and loving adaptation. I think the people who decided to adapt it and to make it were massive fans of it.

“They weren’t just looking to exploit it as ‘oh here’s another fantasy world that we can use to help replace Westeros.’

“There’s a true love and affection for the material, so I think it has actually been pretty lovingly and meticulously translated into television. Is there anything really, really different? I don’t think so.”