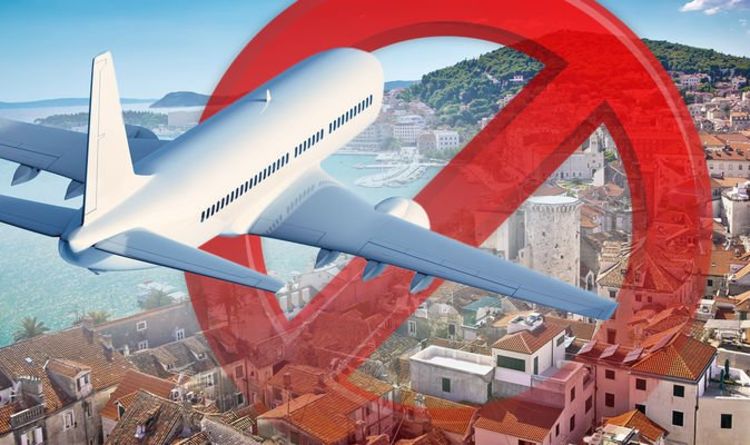 Some airlines have previously axed flights after countries were added to the list, most notably Jet2 and TUI when Spain was scrapped from the ‘safe’ list.

The UK government has previously warned that it would not hesitate to remove countries from the ‘safe’ list if coronavirus cases spiked.

The Foreign Office said it would look at adding any nation with more than 20 cases per 100,000 people on its quarantine list.

Croatia’s average number of coronavirus cases has risen to 29.5 cases per 100,000 people in the past week.

However, it hasn’t been all doom and gloom this evening.

Popular holiday destination Portugal is now back on the cards.

Transport secretary Grant Shapps announced travellers returning from Portugal to the UK will now no longer have to self-isolate for two weeks.

She said: “To have such a popular destination like Portugal added to the ‘safe list’ of travel corridors is of course positive news for British travellers and the wider industry.

“However, with Croatia now removed so soon after France and Malta, the constant changes made to this list is causing confusion and denting consumer confidence even further.”

She continued: “Europe is rapidly becoming smaller. However, there are still some amazing destinations that remain on the ‘safe list’ that do not require travellers to quarantine on their outbound or return journey, including Italy.

“What’s more, there are some incredible countries such as Slovenia, Estonia and Latvia that are deemed safe to travel by the UK Government, so this could be a great opportunity for travel agents to sell these destinations to travellers who were planning to go abroad, but who may not have previously considered these places before.

“I would urge anyone looking to book a trip to speak to their local travel agent as they will be able to provide the most up-to-date advice.”