Holidays: Tourists to be charged to visit one of Sardinia's... 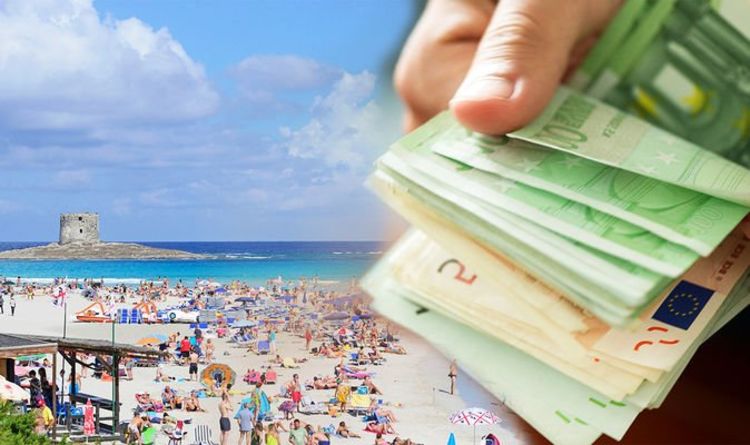 White sands and crystal clear waters are part of the draw for one of Sardinia’s most famous beaches. However, guests hoping to access the beach will soon have to pay for tickets. La Pelosa beach, set in the town of Stintino on the Sardinian coast, is set to enlist a ticketing system, as well as capping the number of visitors to the beach at 1,500 per day. It is hoped that the new rule will cut down on overcrowding.

The beach in north-west Sardinia attracts thousands of visitors a year hoping to experience its heavenly views.

Now, authorities in the area are concerned that its popularity is causing a threat to the natural ecosystem of the beach.

Though the exact cost of each ticket has yet to be revealed, the Mayor of Stintino believes that the new system will help preserve the natural beauty of the area.

Set to come into practice next year, beachgoers will also face fines of 5,000 euros (£4,522) if they decide to take sand, pebbles or shells from the beach as souvenirs.

Overcrowding from tourism has become a common theme at global hotspots, with many areas of natural beauty capping their visitors or even banning tourists altogether.

Most recently UNESCO protected site Uluru rock in Australia closed to foot traffic for fear of damage to the famed location.

Set in the Uluru-Kata Tjuta National Park, Uluru rock is a sacred landmark for aboriginal people who had been caught in a battle with the Australian government for years over the issue.

In 2017, a unanimous decision was reached citing the need for safety and to protect the environment.

Tourists flocked to the site on 25 October this year for their last chance to climb the massive monolith.

Elsewhere in the world Maya Bay, in Thailand, has applied a ban on tourism until 2020 in a bit to salvage the area’s coral reefs. T tropical beach was made famous by 2000 film “The Beach” starring Leonardo Dicaprio.

In The Philippines, Borocay Island was closed for six months in 2017 as part of the massive clean up of the area.

President Rodrigo Duterte described the area as a “cesspool” after two million tourists descended on the island in 2016.

Since reopening it has limited the number of visitors to 19,000 per day and banned beach parties, smoking and drinking.