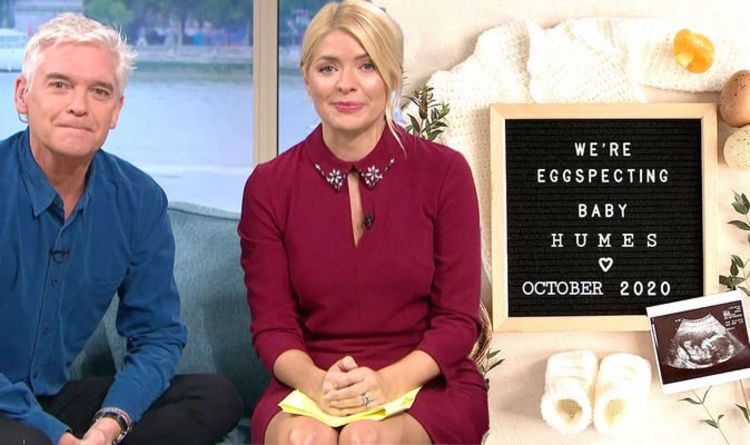 Holly Willoughby and Phillip Schofield were among the long list of famous faces speaking out on Rochelle Humes’ exciting baby news. The This Morning guest presenter today revealed she was pregnant with her third child with husband and co-presenter Marvin.

The 39-year-old told the presenter “three is the magic number” in view of her 1.8 million Instagram followers.

Phillip, 58, also rushed to offer his congratulations on Easter Sunday to the couple, who wed in 2012.

Rochelle, 31, announced they were expecting their third child in an Easter themed post.

The Saturdays star and TV presenter used a photo of her ultrasound scan, a pair of knitted boots and a board.

She and her spouse, 35, became engaged in 2010 after meeting while both still pop stars – he in JLS.

Rochelle’s post quickly garnered more than 440,000 likes, and was captioned: “There’s a baby bunny in my oven.”

Kimberely Walsh was also on hand to say: “Woohoooooo!!!!! Amazing news babe so happy for you guys.”(sic)

Alesha Dixon said: “Amazing news!!!!! congratulations to you both, all our love.”