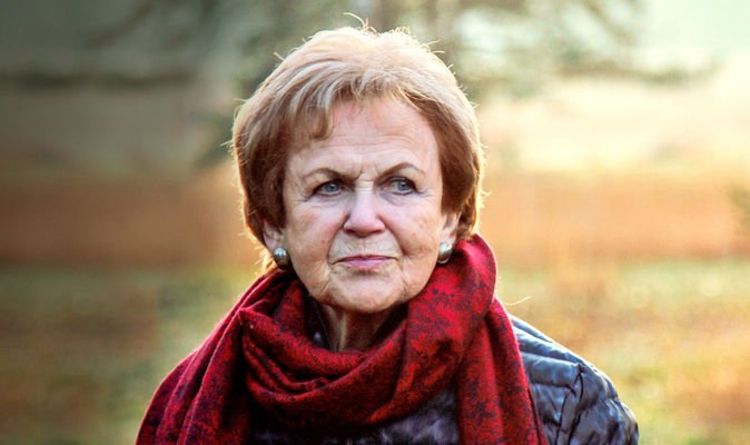 Peter Lantos was five and Mala Tribich 14 when they were imprisoned in the concentration camp in north-western Germany. After the war they settled in the UK but returned as survivors. They, and soldiers who freed them, recall the horrors in BBC Two documentary Belsen: Our Story. Originally meant to house 10,000, by the war’s end 85,000 had been sent there, of which 52,000 died from starvation, disease or at the hands of SS guards. Troops arriving on April 15, 1945, fainted from the smell from 10,000 unburied corpses.

Mr Lantos, a Hungarian Jew, was sent to Belsen with his family but a month before its liberation his father died of starvation. He was buried in a mass grave.

“Going back I imagine what life would have been like having a father,” says the scientist and author. “He died there and, of course, there is no marker. There are graves that state 8,000, 5,000 or 200, I don’t know where he is. I am not visiting a concentration camp, I am visiting, emotionally, my father’s grave.”

Mrs Tribich grew up in Poland. Her mother and sister were shot when their hiding place was found in July 1943. She arrived in Belsen with her cousin. They were cared for in an orphanage run by Pole Luba Tryszynska, the Angel of Belsen, whose three-year-old son was sent to Auschwitz’s gas chamber.

“It’s not easy going back,” says Mrs Tribich. “I felt it was important and for me it’s important for one reason and that I am visiting a graveyard, a cemetery. The victims should never be forgotten.”

Standing where the camp once stood she said: “It’s that almost penetrating silence, so I am thinking they are resting in peace.”

Lance bombardier George Leonard of the 63rd Anti-tank Regiment was among the first to arrive at Belsen. “We heard all these silly stories about the Germans and concentration camps but we did not believe it,” he says. “Nobody would do things like that… but they did and we walked into it.”

Fighting back tears he tells how pits 12ft deep, 30ft wide and 50ft long were dug before PoWs were made to bury the dead.

Chief naval test pilot Captain Eric Brown recalls: “We had seen carnage but nothing of this scale. There were bodies everywhere.”

Anita Lasker-Wallfisch was living in Breslau before she was sent to Auschwitz. She survived playing cello in the camp women’s orchestra. As Russians advanced she was moved to Belsen, aged 18, but realised she was free on hearing English voices.

“I remember British soldiers coming into Belsen and fainting because of the smell… can you imagine there were thousands of rotting corpses lying about,” she says. “We were used to it. We did not even notice the smell, we lived there for ages. These were all soldiers, they have seen a thing or two but nobody has seen anything like Belsen.”

She did not return for the show which reveals another 14,000 died from typhus, which killed diarist Anne Frank and her sister. Conditions were so bad everything was burnt to the ground.

Of 480 camp workers, only 33 were put on trial and just 13, including SS commandant Josef Kramer, executed.

Mrs Lasker-Wallfisch says many survivors felt guilty about surviving but adds: “Somebody has to survive to speak for the people who can no longer speak.”

Today’s Songs Of Praise features some of the 10,000 children saved by the Kindertransport. Author Ruth Barnett arrived here aged four. “I thought my mother would come and take me home,” she says. “It did not hit me until she did not come.”