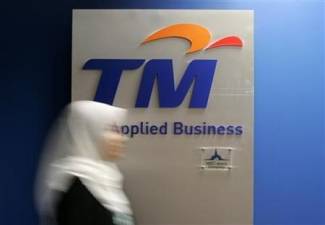 TM said in a filing with the stock exchange that it received today a notification from the Singapore International Arbitration Centre of the commencement of an arbitration by Vodoke against it.

“Vodoke is seeking an order that TM pays the sum of US$ 540,000 owing in respect of Vodoke’s invoice dated Sept 1, 2016, or alternatively, damages for failing to pay the full amount due under the initial order of 30,000 units of Vodoke’s ‘IPTV Package’ in 2015.

“(There is also) an order that TM pays Vodoke reasonable damages for its breach of a minimum purchase order, and the definition of the period of the collaboration agreement. In this regard, an initial quantification of damages as a result of TM’s breach, is estimated to be in the region of US$ 34 million,” it said.

Vodoke is also demanding TM pay reasonable damages including, but not limited to, damages for the loss of advertising revenue for the breach of three separate clauses in the agreement.

“TM has instructed its solicitors to take the necessary steps to defend the claim, and shall make further announcement if there are any material developments in respect of this matter,” the group said.