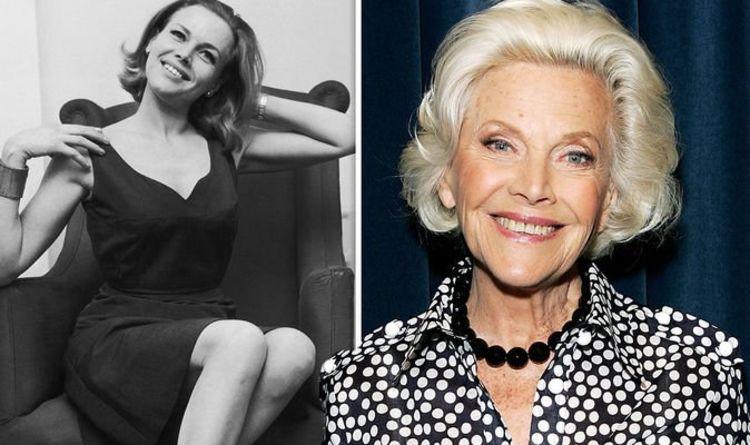 Honor Blackman has died aged 94 of natural causes unrelated to the coronavirus, according to The Guardian. The former Bond girl’s family described her as an “adored mother and grandmother” in a statement.

They told the publication: “It’s with great sadness that we have to announce the death of Honor Blackman aged 94.

“She died peacefully of natural causes at her home in Lewes, Sussex, surrounded by her family. She was much loved and will be greatly missed by her two children Barnaby and Lottie, and grandchildren Daisy, Oscar, Olive and Toby.”

The statement continued: “As well as being a much-adored mother and grandmother, Honor was an actor of hugely prolific creative talent; with an extraordinary combination of beauty, brains and physical prowess, along with her unique voice and a dedicated work ethic, she achieved an unparalleled iconic status in the world of film and entertainment and with absolute commitment to her craft and total professionalism in all her endeavours she contributed to some of the great films and theatre productions of our times.”

Honor was best known for her roles as Cathy Gale in The Avengers and Bond girl Pussy Galore in Goldfinger.

She also played the goddess Hera in Jason and the Argonauts and starred as Laura West in the 1990s sitcom The Upper Hand.

Honor went on to appear in theatrical productions including The Sound of Music, My Fair Lady and Cabaret.

Recently, the actress toured and performed in her show, which was entitled Honor Blackman.

During the tour, she reflected on “her astonishing life, her beginnings, her family, and her rise to stardom with her usual sense of humour and perspective”.

However, Honor previously revealed her regrets about leaving The Avengers for the movie role.

She explained: “I walked away at the wrong moment.

“They were just going from black and white to colour, they were starting to get real film money.”

The film star also told Express.co.uk that she enjoys attending Bond conventions in an interview from 2015.