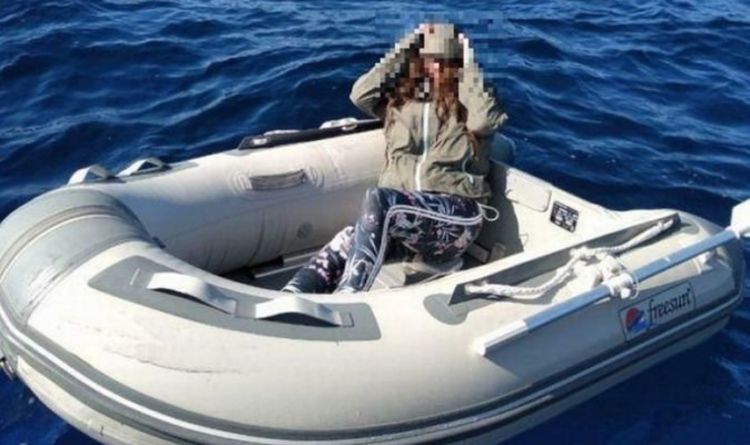 The woman, a New Zealand native, has been found washed away at sea around 100 mile off course. The 45-year-old’s dinghy was blown severely off course after she took the boat to the Greek island of Folegandros where she had been shopping.

The Kiwi, who was making her way back to her British husband’s yacht, went missing on Friday.

Strong winds swept her across the Aegean Sea and was eventually rescued 50 miles north of Crete yesterday.

The woman was spotted by a coastguard patrol boat, who ventured out and found the woman exhausted and seriously dehydrated, according to reports.

The Sun reports that six navy vessels and a helicopter were involved in the search.

The air hostess who is from Cheltenham in Gloucestershire, said she sang in order to keep herself warm in the blisteringly cold sea.

The tourists were on a snorkelling tour near Airlie Beach in the popular Whitsunday passage region when they were attacked.

The men were rushed to hospital, both suffering lower leg injuries after being attacked around 30km from the beach.

The RACQ rescue helicopter said one man, aged 22, had lost a foot, while the other, 28, suffered “serious lacerations”.

The helicopter service said the men had been “wrestling and thrashing about in the water” before the attack occurred.

The tourists were brought back to the Abell Point marina at Airlie Beach, where they were treated before being flown to Mackay by helicopter.

ZigZag Whitsundays, the tour operator the men had been accompanied by, posted a statement to Facebook.

The attack coincides with an ongoing debate about shark control in Queensland and a landmark court ruling that forced the state to remove its lethal drum lines – unmanned traps – from the Great Barrier Reef marine park.

It took place at around 10.20am in a place where drum lines had not yet been positioned, according to the Guardian Australia.

Conservationists have repeatedly said there is no scientific evidence to suggest that lethal baits prevent shark attacks.