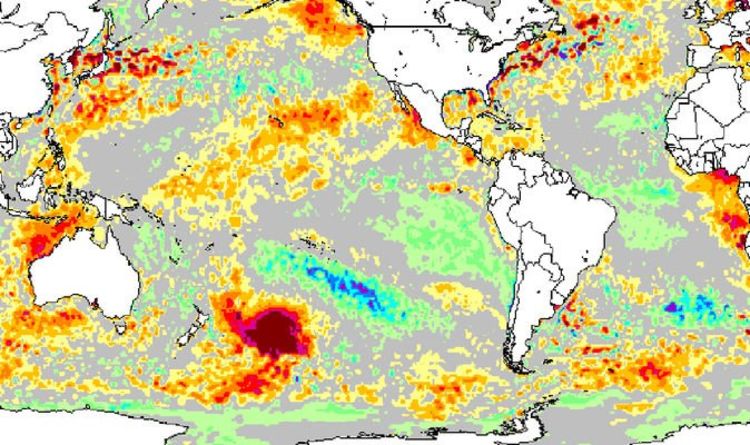 This in turn increases the weight of the atmosphere and the surface air pressure.

Professor Renwick thinks a spike in ocean temperature over a short period could be difficult for aquatic life if it takes place far beyond the surface.

Such areas are less affected by sharp temperatures changes than those on land because of the greater amount of energy necessary to warm an mass of water.

The weather expert said scientists will continue to study the temperature spike in the coming weeks to learn more about the hot blob’s cause and impact to the local area.