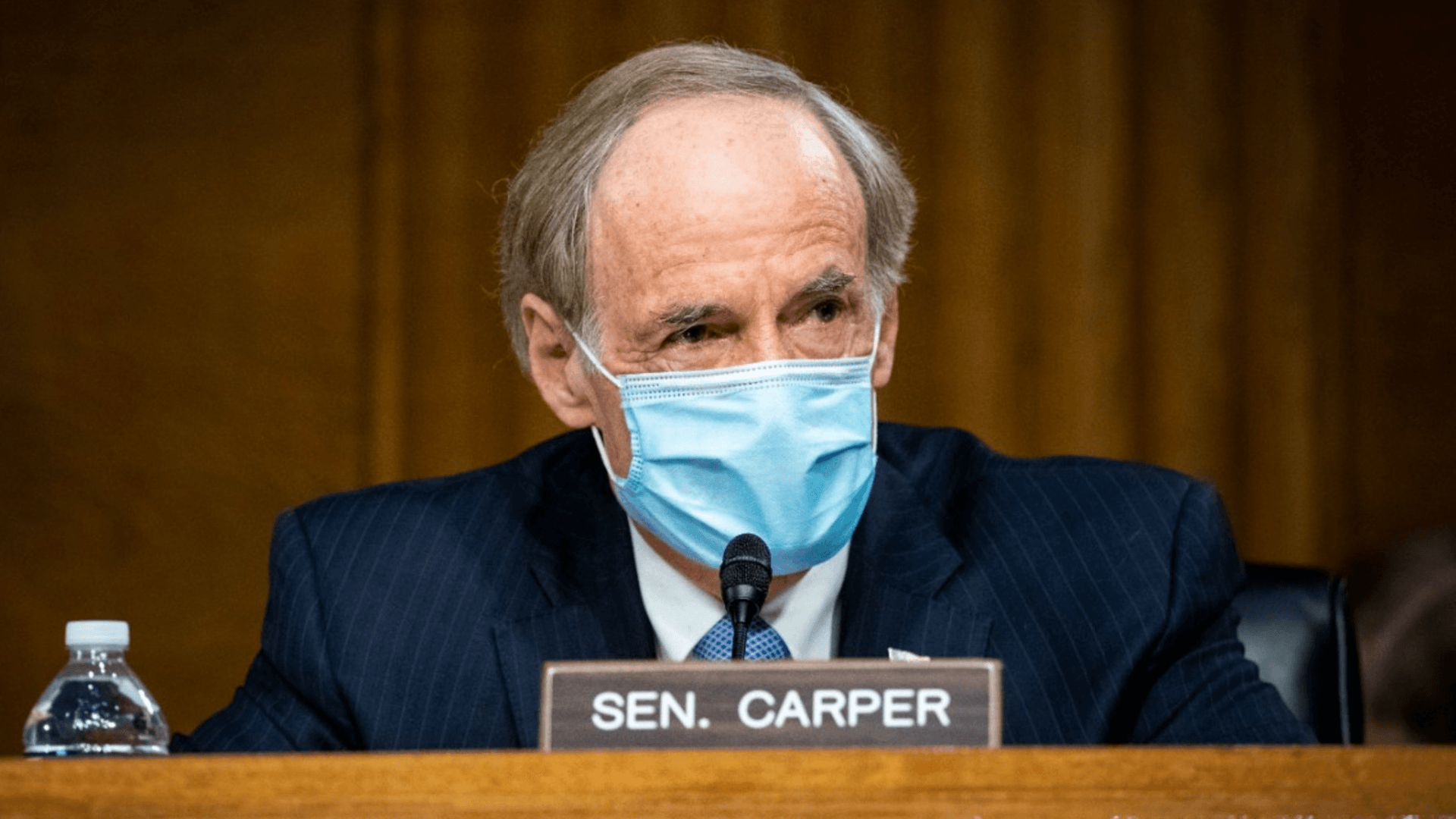 Sen. Ron Johnson, chair of the Homeland Security and Government Affairs Committee, asked Carper if he could unmute himself. When Carper said he had, Johnson chuckled and said “OK, um, we don’t want to be on TV again.”

Carper moved on seemingly unfazed to question DeJoy on his constituents’ concerns about the USPS.

“Like most Americans in 2020, Senator Carper got frustrated with technical difficulties this morning, but that pales in comparison to his frustration with a Postmaster General who’s actively undermining the U.S. Postal Service during a national crisis,” a spokeswoman for Carper said in a statement to POLITICO.

The senator also tweeted later Friday morning: “Those who know me know that there are few things that get me more fired up than protecting the Postal Service!”

The hearing was an opportunity for senators to question DeJoy on a number of changes implemented at the Postal Service that have garnered intense scrutiny in the lead-up to the November presidential election. DeJoy defended his changes to the service, saying it was financially troubled and operating poorly. He rejected the narrative that he was colluding with President Donald Trump to incapacitate the service as an unprecedented number of voters are expected to mail in their ballots amid the coronavirus pandemic.

The hearing had its fair share of tense questioning, but Carper’s mishap instantly stood out as one of its most memorable moments.

Hill reporters and lawmakers alike started tweeting about the incident, bonding over a small moment of comic relief amid an exceptionally tumultuous year.

The Daily Caller tweeted out a video of Carper swearing with a crying-of-laughter emoji.

Ric Grenell, who served a brief stint as acting director of national intelligence this year, seemed less amused at the moment. He described it as a “profane meltdown on a staffer because he doesn’t know how to unmute his own computer.” Grenell criticized CNN reporter Kaitlan Collins for tweeting “OK I needed that” about Carper’s mishap, saying, “Journalism is dead.”

Rep. Matt Gaetz (R-Fla.), however, quote tweeted Grenell and said: “I have never disagreed with Ric more. That video is holding me together today.”

Former Sen. Claire McCaskill (D-Mo.) tried to refocus the hearing on the issues at hand.

“Blooper aside, Tom Carper knows more about the postal service than any other U S Senator,” she wrote on Twitter.

Michelle Starr Passengers alighting at Helsinki Airport in Finland starting from earlier this week will have a speedier - and much fuzzier - way of...
Read more

Speaking to David Sheff on All We Are Saying, Lennon spoke about this song, and detailed how it came about - citing influences from...
Read more

Hey Xbox Insiders! We have a new Xbox One update preview coming to the Beta and Delta ring. It’s important we note that some...
Read more