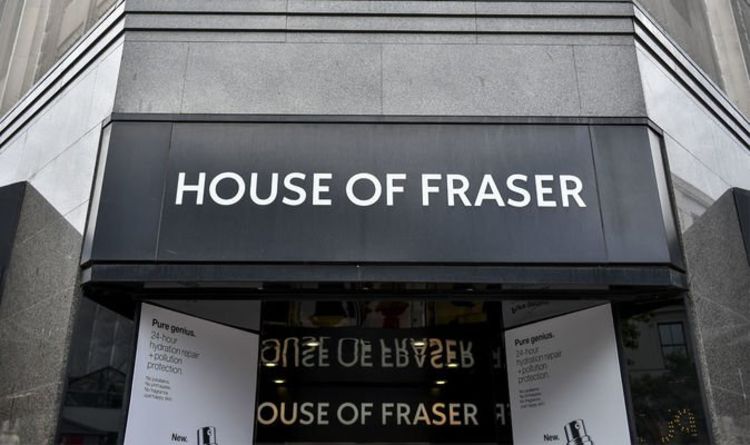 However, he did not confirm how many stores would close, or in which locations across the UK.

Seven stores have since been closed. Ashley said the Sports Direct group, which agreed to change its name to Frasers Group at the Monday shareholders meeting, expected to increase profits by up to 15 percent this year after reduced losses at House of Fraser.

However, it was not all doom and gloom for the group as a whole. Ahead of the meeting, Ashley revealed that Sports Direct expects to increase profits by up to 15 percent this year after reduced losses at House of Fraser.

The retail empire forecasted profits of up to £390.3m for the year to April 2020 after underlying pretax profits increased 58 percent to £101.8m in the first half.

Losses almost halved to £15.9m at its premium lifestyle business, which includes the department store chain.

David Daly, the chairman of the group, said the strategy of “elevating” – moving towards more upmarket products and improved stores – was working.

He added: “We are hoping that the political waters will be calmer in the coming months, which will allow us to move out of this period of market unpredictability. ”

The news that House of Fraser could close more stores comes at a turbulent time for the UK high street.

Mothercare, Morrisons, Debenhams and Forever 21 have all closed stores this year.

Sainsbury’s and Argos also closed stores – but Sainsbury’s, which owns Argos, planned to counterbalance this with the opening of new stores elsewhere.