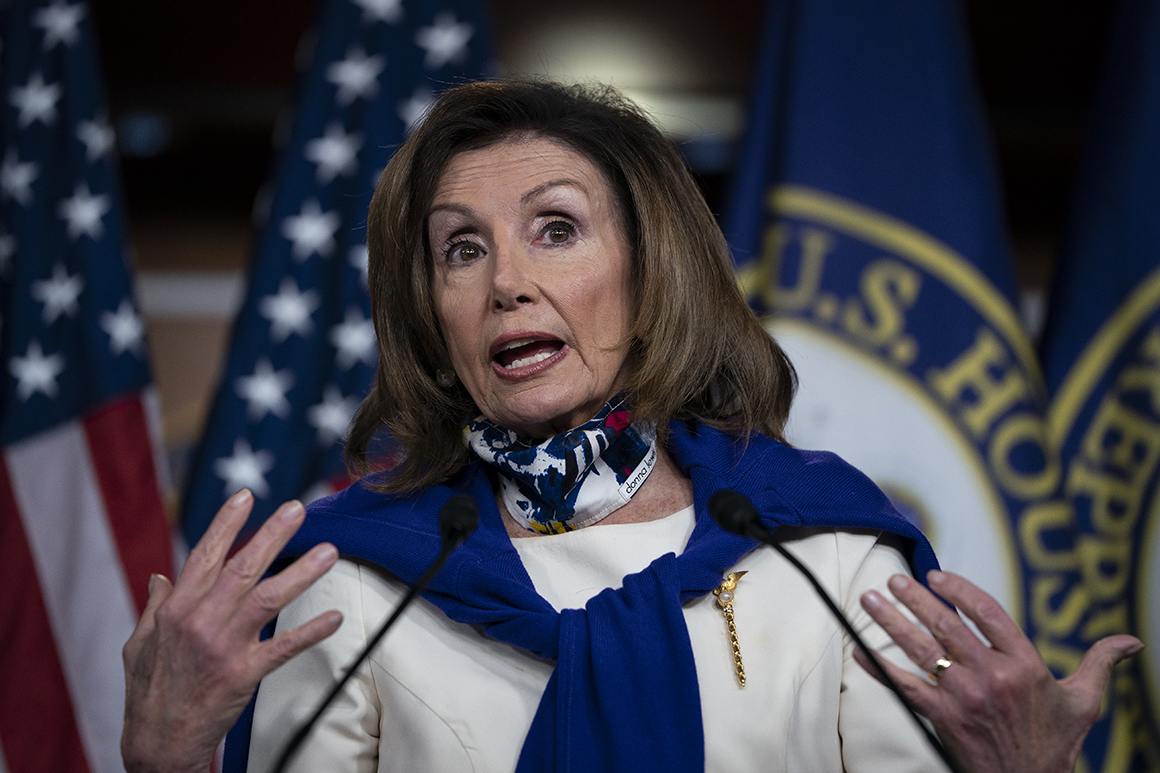 Speaker Nancy Pelosi and top Democrats are making a last-ditch attempt to salvage a bill to renew expired surveillance tools Wednesday amid mounting opposition from Republicans and liberals in their own party. But it’s still unclear whether the gamble will succeed.

Senior House Democrats are now eyeing a back-up plan if the vote fails — asking for joint House-Senate conference negotiations in the face of a possible defeat on major legislation, according to sources familiar with the discussions. That step would bring both parties back to the drafting table to seek a compromise bill.

As of dinnertime Wednesday, Pelosi and her top deputies were still whipping their members, with the roughly 100-member Congressional Progressive Caucus vowing to oppose the bill, further narrowing the path to passage. The House plans to vote late Wednesday evening.

GOP opposition to the plan, meanwhile, has mounted. President Donald Trump issued his strongest statement yet against the bill, tweeting: “If the FISA Bill is passed tonight on the House floor, I will quickly VETO it.”

Earlier Wednesday, several senior Democratic aides were predicting leadership would yank the bill from the floor given the lack of support in both parties, or that the rule for considering the legislation would fail to win enough support to pass, tanking the underlying legislation.

But Pelosi remained steadfast that the legislation would see a vote on Wednesday, with hundreds of House members flying in from across the country during the pandemic for the vote.

“We’ll act upon it today one way or another,” Pelosi told reporters as she left the House floor, although she wouldn’t predict whether the measure would pass or what version of the legislation would be considered.

The House now plans to take up the Senate’s version of the bill — which passed by a massive bipartisan margin — though progressives and Republicans have indicated they won’t support it. The House passed its own version in March, with 152 Democrats and 126 Republicans voting yes.

The House had initially planned to vote on a bipartisan amendment to restrict the collection of internet search history, but that new language ran into trouble late Tuesday, with the threat of a veto from Trump. Soon after, House Minority Leader Kevin McCarthy personally asked House Majority Leader Steny Hoyer (D-Md.) to pull the bill.

Then there was a revolt from within the Democratic party itself, with a key senator forcefully coming out against the legislation. The opposition from Sen. Ron Wyden — a fierce supporter of privacy rights on the internet — quickly fueled angst among the party’s liberal wing, which had already been uneasy about the legislation.

And on Wednesday morning the Department of Justice formally came out against the legislation, a striking reversal given that Attorney General William Barr helped negotiate key privacy provisions in the bill, which passed the Senate earlier this month.

But Rep. Zoe Lofgren (D-Calif.), who had drafted the new language on search histories, dismissed Barr’s comments on Wednesday morning, arguing that he has a “very expansive view of executive power.”

“He’s entitled to his view, but we’re the legislative branch,” Lofgren said at the Rules hearing. “We are the ones who decide what protections to put in place, and I think if we’re able to come together to accomplish that, it would be a service to the country.

Hoyer told Democrats on the caucus call Wednesday morning that leadership still wants to pass the surveillance bill this week, noting he, Pelosi and others were still working to find a path forward, according to aides familiar with the call.

The latest rupture began over a proposal by Wyden to block the FBI from collecting the web browsing data of Americans. Wyden’s plan failed by a single vote in the Senate, but Lofgren negotiated with House leaders to bring it up for a House vote when the chamber considered the broader bill.

But Lofgren also negotiated a deal with House Intelligence Chairman Adam Schiff to tweak the language to narrow the restrictions on the FBI, a deal that left progressives calling for the defeat of the measure. Wyden, who previously voiced support for the amendment, later accused Schiff of trying to undermine it and called for its defeat.

Opposition from the left resulted in an unusual alliance with Trump allies who oppose the FBI’s request for FISA reauthorization over claims it was abused to monitor figures on Trump’s 2016 campaign.

Some proponents of the current FISA bill — including conservative Republicans who have long sought to rein in government surveillance powers — said that the fierce backlash demonstrated the potential power of the reforms.

“You can tell we’re getting to actual reform, not just by the allies, but by the opponents,” Rep. Warren Davidson (R-Ohio) said at a remote hearing of the Rules Committee on Wednesday. “I’d vote for it.”