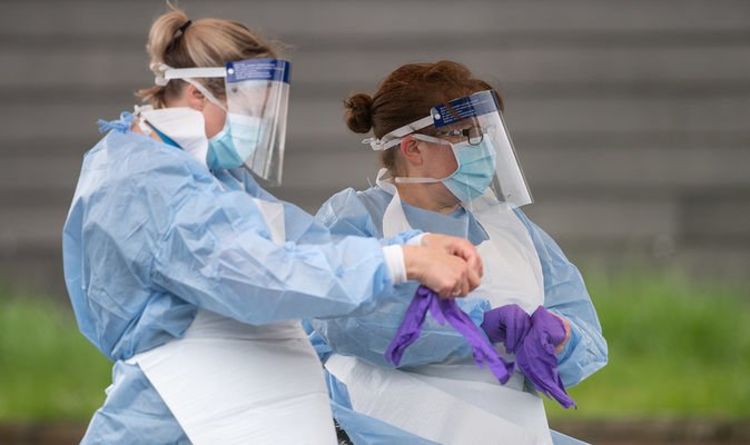 The UK has been in lockdown since Prime Minister Boris Johnson announced the measures on March 23.

Under current virus trajectory models from Imperial College, the peak of infections has moved to the middle of December.

Although experts believe that we have now peaked in the first wave, it is actually only a very low level of what could happen if lockdown is lifted without any means to suppress a second, far more deadly wave.

Professor Neil Ferguson, of Imperial College, who led the modelling and who sits on The Scientific Advisory Group for Emergencies (SAGE) said: “There is almost no herd immunity and a very large risk of a second peak if we relax current measures without something to put in their place.”

Experts on the SAGE committee now believe that only about 5 per cent of the population has been infected with the disease and that there is “almost no herd immunity” in Britain.

Under the government’s mitigation strategy, the reproduction number would reduce dramatically but not stop the virus reproducing, so cases would slowly rise until hitting a peak.

Under the suppression strategy, the reproduction rate falls from around 2.6 to below one and the virus dies away.

The committee suggests reducing infections now can store up problems for the future.

Express.co.uk has started a campaign to get Tom Moore a knighthood, please visit here to sign up to our petition.

It follows Health Secretary Matt Hancock saying at a Downing Street press briefing that the country has reached the peak of the outbreak.

Mr Hancock thanked the British public for their “steadfast commitment” in following lockdown rules, and begun laying out plans to exit lockdown.

He said: “It is making a difference, we are at the peak.

“As we reach – have reached the peak – and as we bring the number of new cases down, so we will introduce contact tracing at large scale,”