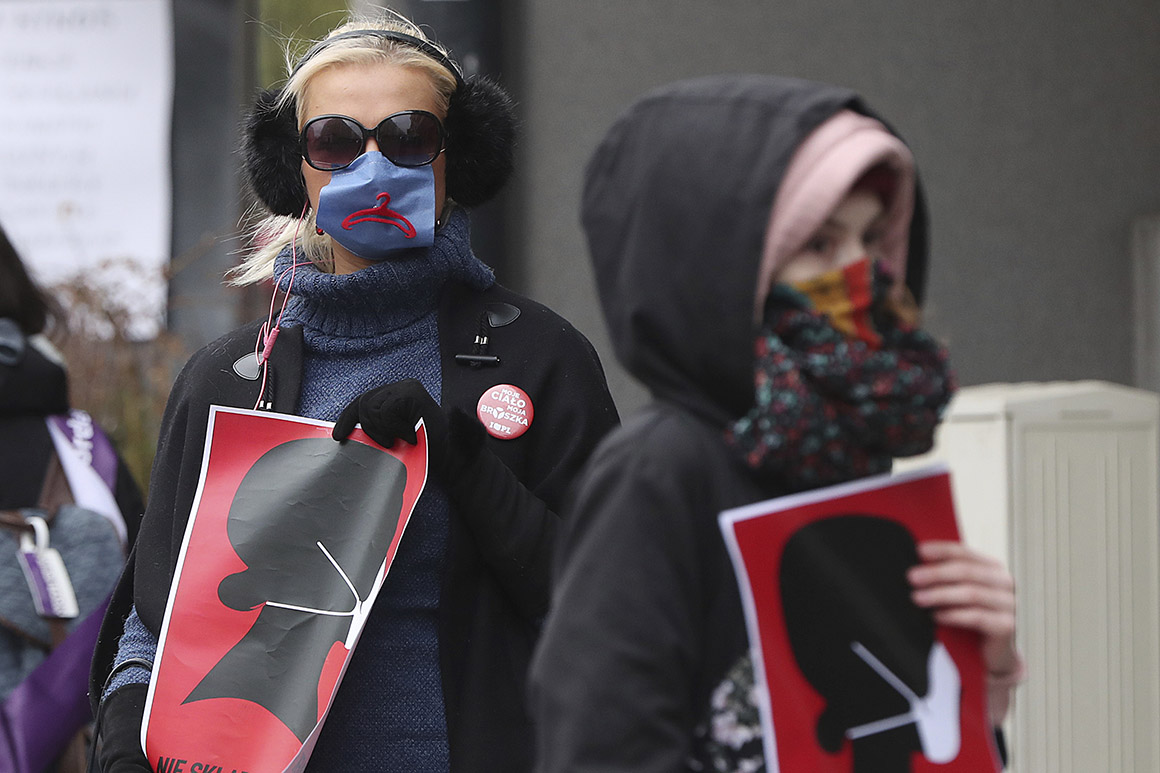 Since the outbreak, 94 percent of IPPF EN members responding to the survey “reported a decrease in the number and frequency of services and outreach activities,” according to the report.

It also takes to task governments, such as those in Poland and Romania, that have used the outbreak “to undermine women’s health and safety just when this most needs to be protected.”

The EPF and IPPF EN are among the many groups calling on governments to recognize sexual and reproductive health care services as “essential, life-saving and often time-sensitive services.”

One key factor is that supply chain delays have affected operations, according to Chris Purdy, CEO of DKT International, a non-profit that operates in 60 countries outside Europe and distributes contraception and abortion services and technology.

“Pretty much every single link of the supply chain is being affected by the strain connected to coronavirus,” he said.

Delays can start with manufacturers, who depend on raw material suppliers, as they experience “slow-downs, shut-downs [and] closures of their factories” due to the virus, he said. These suppliers would ordinarily be the providers of everything from active pharmaceutical ingredients to packaging, he added.

These delays continue as export opportunities shrink; quarantines of products on arrival lengthen; and internal supply chains are disrupted.

UNFPA Supplies reported at the end of March that European “suppliers are manufacturing at full capacity at this time, although they expect increased prices and challenges sourcing packaging and APIs [active pharmaceutical ingredients] if the crisis persists.”

That report, which is the most recent accounting, also includes a projection for coming months.

“Mindful of anticipated challenges, suppliers are seeking ‘free carrier’ contract arrangements under which UNFPA would arrange transportation for deliveries in the third and fourth quarters of 2020,” the report said.

While supply issues in Europe don’t look too dire for now, “there will be a greater demand for women who are interested in limiting, or controlling or terminating their pregnancies, because usually that’s what happens at times of uncertainty,” Purdy noted.

In a climate in which people are confined to their homes and apprehensive about visiting medical staff, difficulties in maintaining access to reproductive health care services and products extend beyond supply chains.

“You’re trying to move toward tele-health visits and really encouraging self-care as much as possible where that is feasible,” said Daniel Grossman, an ob-gyn and professor at the University of California San Francisco.

“Contraception is one area … where it would be safe and effective to make these methods available without a prescription,” he said. “This crisis is a good argument for expanding that kind of access, at least during the pandemic.”

In March, France implemented temporary measures allowing women to use expired scripts to renew their oral contraceptive prescriptions. In neighboring Belgium, the government pushed ahead with existing plans to make the morning-after pill free, as well as other forms of contraception for those aged 18 to 25.

That measure “will be key to continue ensuring access to contraception given the social and economic impact the crisis will have on women,” the EPF and IPPF EN report said.

But the group also noted that its members in Albania, Austria, Belgium, Bosnia and Herzegovina, Denmark, Germany, Ireland, North Macedonia, Portugal and Spain “have reported that they have been forced to scale back contraceptive care.”

Reduced attendance at medical clinics “due to fear of contracting Covid-19” and hindered access to long-acting reversible contraception, such as contraceptive injections, implants or intrauterine devices, are among the barriers to reproductive health imposed by the pandemic, the report noted.

Tele-health is also a huge topic in the abortion sector.

On March 30, the British government introduced temporary measures that allow women to take abortion pills for early medical termination at home, provided that they follow a tele-health or physical consultation with a registered medical practitioner.

Prior to that decision, the U.K. allowed medical abortions — which involve the administration of the drugs mifepristone and misoprostol, or surgical abortions — generally only up to 24 weeks of pregnancy.

Ireland has implemented similar provisions, allowing remote consultations in most cases for women seeking early medical abortions, while France has extended access to home medical abortions for women up to nine weeks pregnant, up from seven weeks as previously allowed.

By contrast, in the Netherlands, the Court of the Hague rejected an application to allow access to medical abortions without visiting an abortion clinic.

Meanwhile, Germany, which requires mandatory counseling before abortions, has allowed this preliminary step to take place over the phone or by video, following pressure from pro-choice groups.

But Christiane von Rauch, a member of Doctors for Choice Germany, said this measure still leaves some access problems unaddressed, including shortages of personal protective gear in surgeries and clinics.

“Lack of PPE is a major issue cited by almost all respondents,” agreed the EPF and IPPF EN report.

The immediate challenge aside, the lasting impact of Covid-19 on global access to abortions could be mixed, experts say.

“The anti-abortion movement, at least in the U.S., is really trying to capitalize on the pandemic to essentially make abortion illegal in several states,” Grossman said, referring to moves by Texas and some other Republican-governed states to issue bans on abortions during the outbreak on grounds they’re non-essential medical procedures.

“They’ve used the restrictions on what kind of businesses can continue to operate to say that abortion services are not essential health care and services need to stop,” he added.

In Europe, advocates continue to call on governments to improve access, raising particular concern around countries such as Poland, where restrictive abortion laws have been compounded by border closures — a major hurdle given that Polish women used to go to Slovakia or Germany for the procedure.

Now, women are not just cut off from travel; they also can’t count on Polish facilities, as they lack both doctors and necessary equipment.

Another country noted in the report is Romania, where the EPF and IPPF EN noted that “the decision to suspend non-emergency procedures is in practice hindering women’s reproductive freedom.”

In response to criticism, Romanian Health Minister Nelu Tătaru has said he takes women’s rights issues seriously and that each case had to be analyzed by the doctor, according to local media. It’s not clear, however, if the situation has improved in the meantime, as the country continues to be under a state of emergency until May 14.

On the other side, the introduction of emergency measures means there’s also a potential “switch” moment for reproductive health care in Western European countries such as the U.K., Purdy says.

“It’s hard to roll that back once that door is open,” he said. “And if they allow it there, then you can imagine it might start to happen in other places.”

“The advent of medical abortion [and] abortion pills is changing how women look at their options in a major way,” he added. “Keeping women fully informed of how those pills can be used is going to change a lot in the abortion space.”