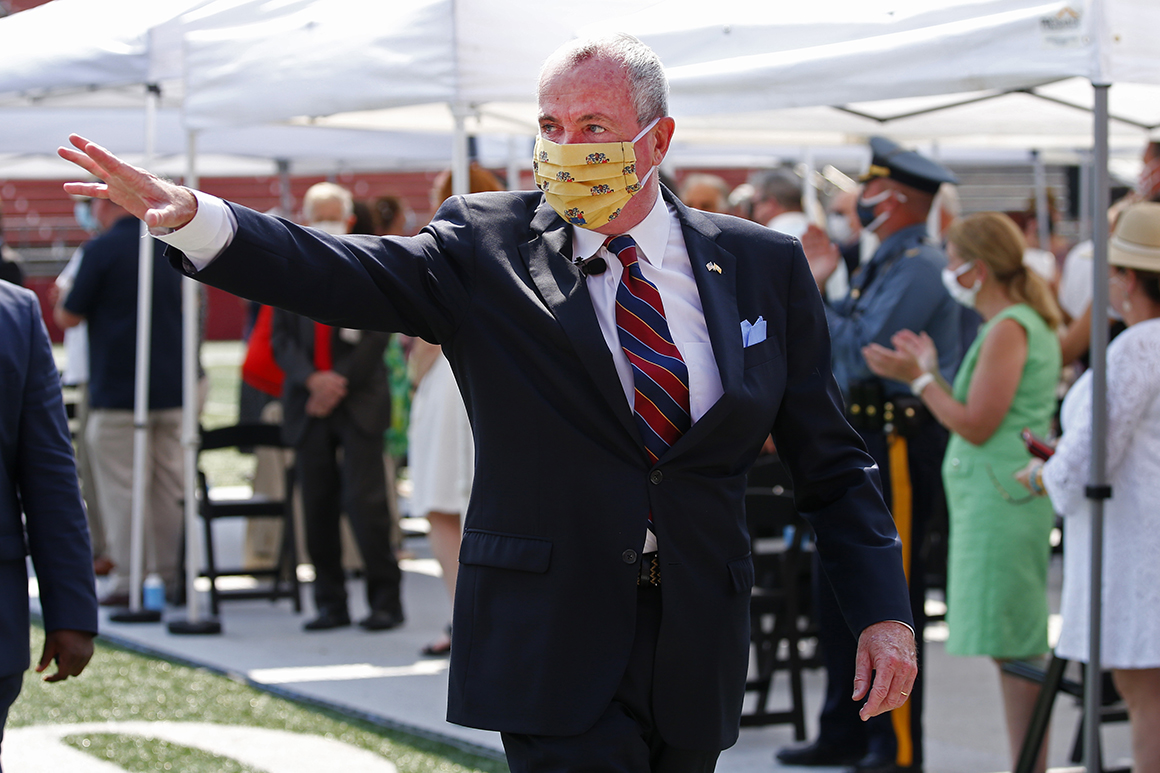 Prior to the pandemic, there was little sense Murphy would translate his gubernatorial power into political capital.

Even after leading an intraparty war against a deeply-entrenched South Jersey Democratic machine, the governor’s public profile cast a relatively faint shadow, particularly compared to larger-than-life characters like Christie or Sen. Cory Booker. A Monmouth University poll, taken almost a year ago, pegged Murphy’s approval rating as hovering just above water. More than one-in-five residents said they held no opinion of him.

The pandemic catapulted Murphy’s easygoing public persona into the forefront of public consciousness. New Jersey recorded its first case of Covid-19 on March 4, the same day Murphy underwent surgery to remove a cancerous tumor from his kidney. As the health crisis exploded and Murphy imposed a statewide lockdown — spinning off related calamities around rising unemployment, schools, a chasmic budget hole and a dearth of medical resources — the governor’s daily press briefings became appointment television.

By April, a Monmouth University poll had his approval rating above 70 percent.

Murphy’s growing national profile dovetailed with a much more aggressive use of his public platform.

Covid-19 ate into every facet of the state’s economy and government and, as the curve flattened, Murphy began utilizing his daily briefings — and frequent appearances on national media platforms — to highlight efforts around criminal justice reform, climate change and vote-by-mail initiatives. Presentations regularly incorporated shout-outs to corporate partners in the recovery, good Samaritans and small businesses that qualified for state relief programs.

He hammered the state Senate over a borrowing proposal, which Sweeney looked askance, to shore up the state’s crumbling balance sheet. That legislation, which included important oversight provisions giving the Legislature some power over how that debt could be utilized, eventually passed and withstood a court challenge by Republicans.

In late-spring, with the state still in lockdown, lawmakers like Sweeney and Republicans had grown increasingly pointed in their criticism of Murphy’s handling of the pandemic. But those critiques didn’t appear to land. By late May, Murphy’s full-court press had carved away the lanes by which his rivals could advance their own agendas.

The assumption in Murphy world — which is supported by a Fairleigh DIckinson University poll from late June — is that New Jerseyans generally consider Murphy’s pandemic response and accompanying policies to be credible.

A historic House vote on marijuana legalization will take place later this month. We break down why Democrats are voting on the bill despite the fact that it’ll be dead upon arrival in the Senate.

“That credibility has given him considerable power not just with the people, but within Trenton,” one senior administration official told POLITICO in August. “When you’re polling at 90 percent within your own party and you’re a year-and-a -half away from when members are going to want to be lined up with you [for the 2021 election], of course it gives you tremendous credibility on many of these issues,”

But the summer has been far from smooth sailing. Plans to open restaurants for indoor dining were pushed back after fresh outbreaks exploded across the U.S. A sudden surge of new cases, largely linked to house parties, prompted the governor to scale back indoor capacity limits.

After six months, Murphy’s embrace of the spotlight, coupled with his unshaking control over the state through emergency powers, has fueled increasingly public displays of frustration.

Interviews with more than 20 lawmakers, elected officials, lobbyists and political operatives paint a complicated portrait of the governor’s stance at the top of New Jersey’s political heap.

Praise for his early handling of the lockdown is often couched in resentment over the administration’s glacial unwinding of those restrictions. Recognition — both begrudging and reverential — for his use of emergency powers to flatten the curve fades into frustration when topics like school reopenings, indoor dining, gyms or long-term care facilities are raised.

Many of those critiques come with an acknowledgment of the impossible choices Murphy’s had to confront over the last six months; weighing livelihoods against lives.

Even now, with gyms, schools and restaurants set to reopen within days of each other, New Jersey’s rate of spread is hovering close to a dangerous benchmark. Hundreds of new cases are still being reported daily.

“This is not a situation the Legislature can deal with. It’s a rapidly moving situation and the numbers change day-to-day,” Carl Golden, who served as a spokesman for Republican governors Tom Kean and Christie Whitman, said in an interview. “He’s taken executive authority to lengths and to a degree that it hasn’t been taken before, but it’s in response to a situation that we’ve never been in before.”