How deadly coronavirus can enter the body through the EYES 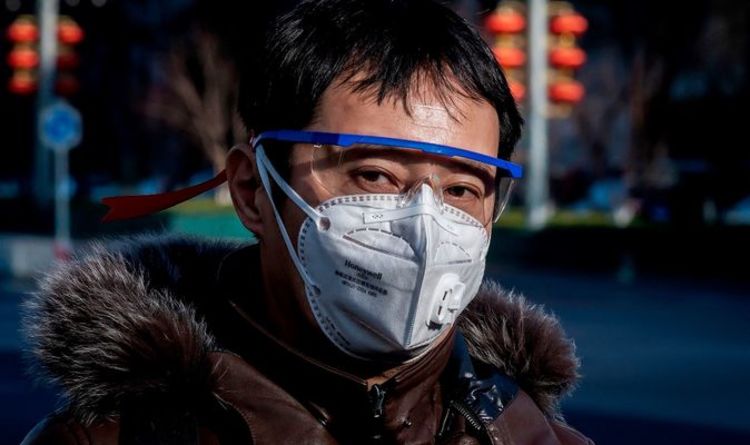 The coronavirus hooks onto ACE-2 receptors, known as the “gateway” into cells inside the body. These receptors are found in the respiratory tract and the lungs, which is where the virus initially enters cells, as well as other organs.

A team of researchers led by Johns Hopkins University School of Medicine have now found the eyes create ACE-2, making them a target for the virus.

It means if droplets from an infected person’s sneeze or cough were to reach the tissue of the eye, the virus could begin infiltrating cells there.

This may be the reason why, in some cases, the patient has developed conjunctivitis – an inflammation of the eye which causes it to become red and infected.

The team was led by Lingli Zhou of the Department of Ophthalmology, Johns Hopkins University School of Medicine, Baltimore.

They examined ten human post-mortem eyes from people who did not die of COVID-19 for the expression of ACE2 (angiotensin-converting enzyme 2).

ACE-2 is believed to be the point of access for the pathogen. Its spiky surface latches onto the receptors and, from there, infects the cell and duplicates.

Dr Zhou and colleagues wrote: “Together, these results indicate that ocular surface cells including conjunctiva are susceptible to infection by SARS-CoV-2, and could therefore serve as a portal of entry as well as a reservoir for person-to-person transmission of this virus.”

The investigation was inspired by “extensive speculation” that eye tissue is a potential site of virus entry.

Just 26 people have died in the disease in China when doctor Wang Guangfa said he believed he had been infected with the SARS-like virus because he was not wearing protective goggles.

Paul Kellam, professor of virus genomics at Imperial College London, told MailOnline at the time it was “absolutely possible”.

“If you have droplets sneezed at you, they will wash from your eye to your nose,” he told MailOnline.

ByAccording to Harvard Health, vitamin B12 deficiency can be slow to develop, causing symptoms to appear gradually and intensify over time. It can also...
Read more
Health

ByBut when they awake in the spring, those connections undergo a renewal. According to the scientists, this renewal repairs vital connections in the brain, delaying...
Read more
Health

Register home test: How to get a home testing kit for COVID-19

By“You can help by only booking a test if you have a fever, a new continuous cough, or you’ve lost your sense of taste...
Read more
Health

ByIt was on ITV's This Morning where Phillip Schofield revealed his desire to experience revolutionary eye surgery. What makes this surgery unique? And what...
Read more
Health

ByHeadaches and fatigue are both very common, and don't necessarily mean that you have coronavirus. Persistent tiredness could be caused by simply not getting enough...
Read more