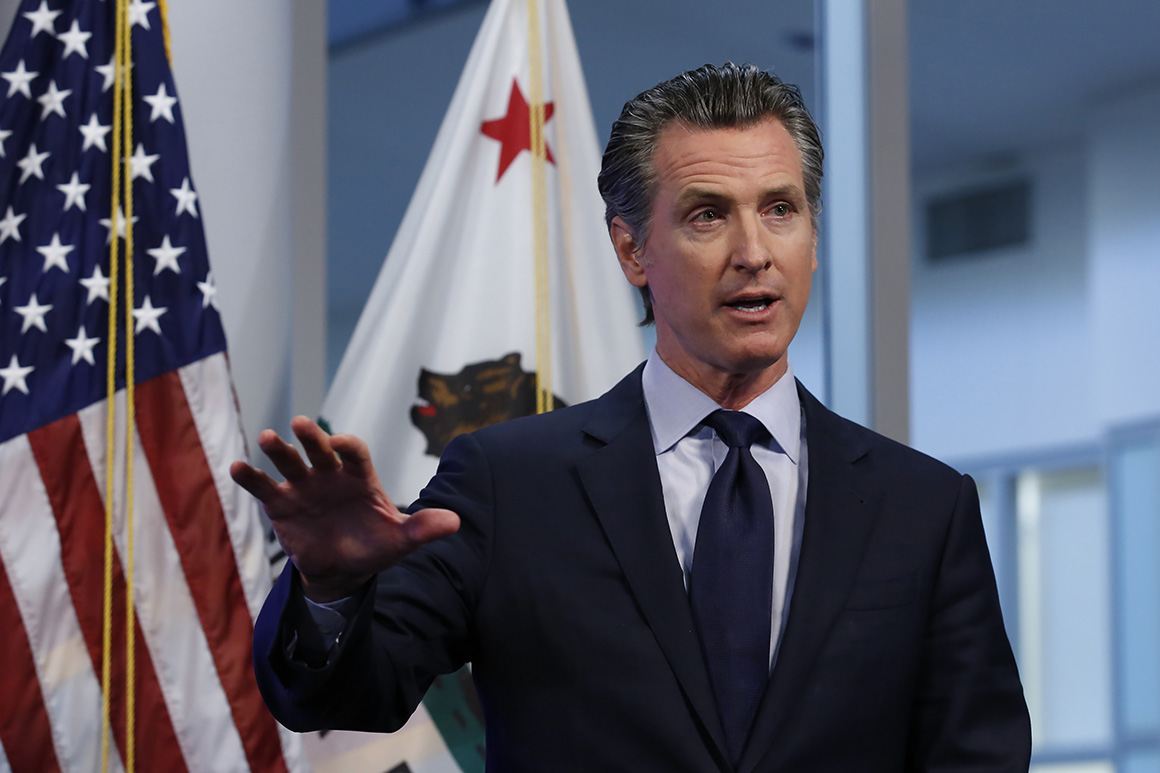 Republicans made sure that undocumented immigrants — along with some legally in the U.S. — couldn’t get federal stimulus checks.

But Democratic governors and mayors are now doing an end run around President Donald Trump and GOP immigration hawks.

California Gov. Gavin Newsom said last week that undocumented immigrants, who comprise about a tenth of California’s workforce, will be able to draw on a $ 125 million public-private fund. Minneapolis is offering $ 5 million in assistance to tenants and small businesses, regardless of their immigration status. Chicago Mayor Lori Lightfoot recently extended the city’s coronavirus-relief benefit programs, including aid for housing and for small businesses, to undocumented immigrants. New Jersey Gov. Phil Murphy says a fund for immigrants is “something we want to look at.”

These maneuvers by local Democrats are just the latest efforts to buck federal power on the coronavirus. More than 15 million immigrants won’t receive stimulus checks or expanded unemployment payments because Congress limited eligibility to workers who possess a Social Security number, according to the non-partisan Migration Policy Institute. That qualification denies benefits to undocumented immigrants and even to some legal immigrants — including many foreign students and spouses — who file their taxes using Individual Taxpayer Identification Numbers because they have no Social Security number. 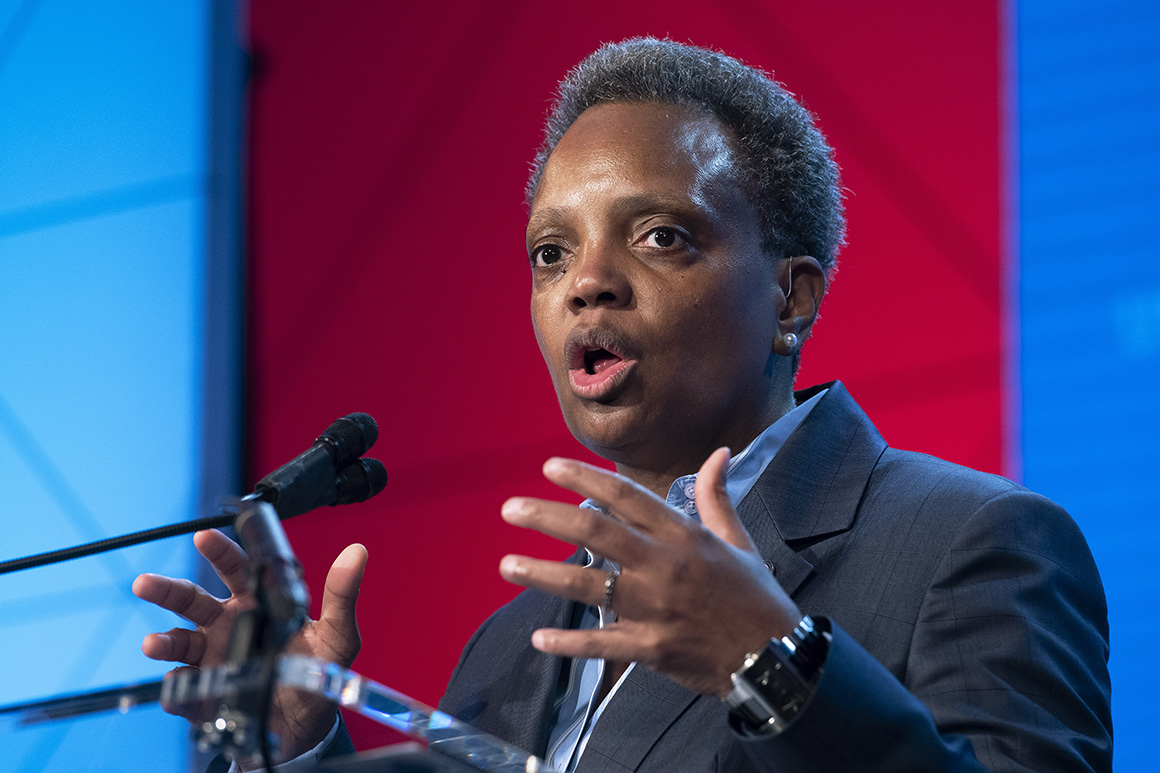 The exclusion of some legal immigrants along with undocumented immigrants was deliberate. Coronavirus benefits were "limited to citizens and residents of the U.S. that are legally permitted to work here,” a Republican congressional aide said. The students, spouses and other legal residents who file with a taxpayer number can use it for “many different reasons related to having to pay U.S. tax” the aide explained, but not to work here.

Collectively, taxpayer-number-filers paid more than $ 13.7 billion in taxes in 2015, the most recent data publicly available, according to the American Immigration Council.

“These taxpayers work in critical sectors of our economy, like agriculture, and contribute greatly to our country,” said Rep. Lou Correa (D-Calif.), who’s introduced a bill to extend eligibility to the excluded immigrants. By excluding these immigrants, he said, “we are placing some of our most vulnerable residents in grave danger.”

Manar Waheed, senior legislative and advocacy counsel at the American Civil Liberties Union, called the exclusion “a very deliberate carving out,” pointing out that the law permits military families to collect the stimulus checks–$ 1200 for individuals, $ 2400 for joint filers, and $ 500 for each child–even if they file taxes with a taxpayer number.

In last month’s negotiations over the stimulus bill, Democrats pushed Republicans to allow parents who file with taxpayer numbers, including undocumented workers, to claim payments on behalf of their citizen children, according to Sen. Ron Wyden (D.-Ore.), ranking member of the Senate Finance Committee. “This arrangement has been used before in legislation every Republican senator supported,” Wyden said in an email. “Republicans refused to budge.”

Correa’s bill amending the stimulus to include taxpayer-number-filers faces strong opposition from immigration hawks, making it unlikely to clear the Republican-controlled Senate.

“How can open-borders politicians in places like California, Chicago, and New York City justify their actions with a record number of Americans filing for unemployment benefits and not having enough money to put food on the table?” asked R.J. Hauman, government relations director at the restrictionist Federation for American Immigration Reform. “They can’t.”

Rejecting that stance, California Gov. Gavin Newsom said last week that undocumented immigrants, who comprise about a tenth of California’s workforce, will be able to draw on a $ 125 million public-private fund.

“This is a state that steps up always to support those in need regardless of status,” Newsom said as he announced the state initiative. “We feel a deep sense of gratitude for people who are in fear of deportation.”

Newsom created the fund because undocumented immigrants were ineligible for unemployment benefits even before the coronavirus crisis. Under his plan, they will be eligible for grants of $ 500 per person and $ 1,000 per household. California will supply $ 75 million, and the remaining $ 50 million will come from philanthropic organizations.

New Jersey Gov. Phil Murphy, a Democrat, has praised Newsom’s efforts, and says a fund for immigrants is “something we want to look at.” Immigrant rights groups in the Garden State have proposed an income replacement fund for undocumented immigrants unemployed as a result of the epidemic. The immigrants would get $ 600 for eight weeks, at a cost, they say, of up to $ 300 million.

"We are aware of the economic strain facing the state at the moment, and also recognize that this is an issue of equity and survival," Make the Road New Jersey wrote in a letter cosigned by other advocacy groups to the governor and top lawmakers.

New York, another blue state, is cooler to the idea because of its cost. Asked about Newsom’s initiative, Gov. Andrew Cuomo said, “We are at a point financially where we have a $ 10 billion to $ 15 billion deficit. We’re looking at it, but we have real financial problems right now.”

“We as individuals, even though we are undocumented, we pay taxes, our business pays taxes, and yet we are getting no relief,” said Ruth Lopez Martinez, a Queens resident who works at the New York-based cleaning service cooperative Pa’lante. “What is the difference between our tax dollars and other people’s tax dollars?”

Jeremy B. White and Shia Kapos contributed to this report.