How emerging supply shortages could disrupt race for a coronavirus vaccine 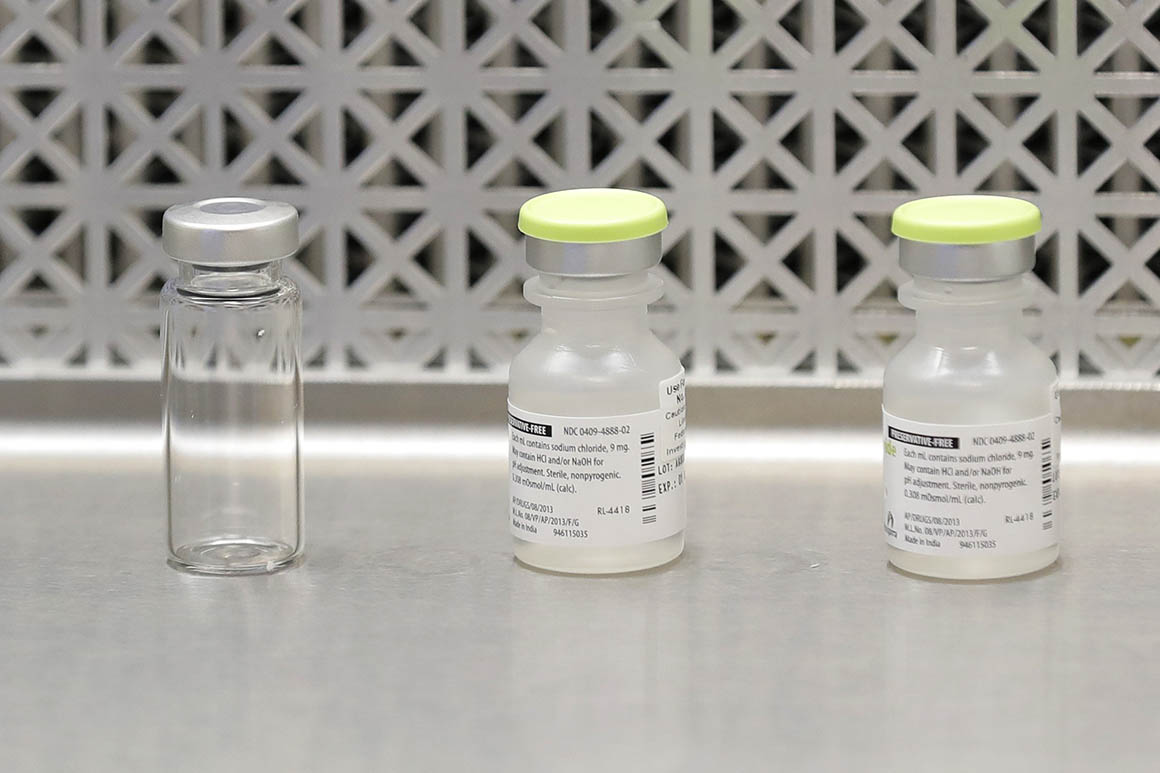 A massive manufacturing effort is already gearing up to produce hundreds of millions of doses of promising vaccines now in late-stage trials, as scientists and the government gamble that at least one of the shots will prove safe and effective. The effort could rival the urgent national campaign to vaccinate children against polio in the 1950s.

“Probably the biggest challenge will be scaling up the actual vaccine. It’s one thing to have clinical trial samples and materials in lab quantities,” said George Zorich, a pharmacy expert and CEO of ZEDPharma. “It’s another challenge actually scaling that up effectively.”

Potentially making it even harder is that the U.S. is striking out on its own. The administration has snubbed an international collaboration spearheaded by the World Health Organization, while the president readies for a November election that could be a referendum on his coronavirus response.

The government is already trying to avoid the costly pitfalls that have hindered the development of vaccines for emerging threats like the Zika and Ebola viruses.

Anthony Fauci, director of the National Institute of Allergy and Infectious Diseases, alluded to those challenges during a talk in February. Major drugmakers have been “burned” in the past, he said, when they have raced to develop vaccines for crises like Ebola outbreaks and have spent millions to expand manufacturing without ever seeing their products used.

This time around, the government has given nearly a billion dollars to two experimental vaccines that are hurtling through human trials. Some of the funding will support the manufacture of doses of both vaccines, in the hopes that at least one will pan out.

Moderna Therapeutics, a Boston biotech company working with the National Institutes of Health on a completely new vaccine technology, has received $ 430.2 million in federal funds. The company said last week that it could begin phase three trials — the final, months-long stage of vaccine development — by “early summer.” And the government gave another $ 456.2 to Johnson & Johnson for its experimental vaccine.

“There are a lot of resources needed, from the early stages, the pre-clinical and clinical trials, to the moment it gets injected into people’s arms,” said Howard Sklamberg, a former FDA official and attorney now at Arnold & Porter.

Just creating a successful vaccine within the year would be an unprecedented achievement, since the record for developing a vaccine is four years. On top of that, while vaccines have been developed for a range of other viruses, there has never been a coronavirus vaccine before.

HHS has assembled an initiative under the name “Project Warp Speed” to accelerate vaccine development. Spearheaded by the experienced director of FDA’s vaccine unit, Peter Marks, the project nonetheless could face multiple hurdles along the way.

Speeding up the vaccine timeline means taking shortcuts. Some, such as letting vaccine makers forgo certain animal studies or do them in parallel with early human trials, are already underway. The government could also issue an emergency use authorization for a promising vaccine before it’s completed all the typical review steps, just as it’s done for some coronavirus tests and drugs.

Health officials are still wary of promising too much. At a Thursday Senate hearing on the pandemic, Gary Disbrow — acting director of the government’s vaccine funding unit, the Biomedical Advanced Research and Development Authority — resisted Sen. Mitt Romney’s (R-Utah) repeated questions about whether achieving a vaccine this year was reasonable.

“I’m not a betting person, but if we don’t set lofty goals we won’t achieve those goals,” said Disbrow, who took the role just weeks ago after his predecessor Rick Bright was abruptly ousted.