How Kamala Harris has stacked up as Joe Biden's No. 2 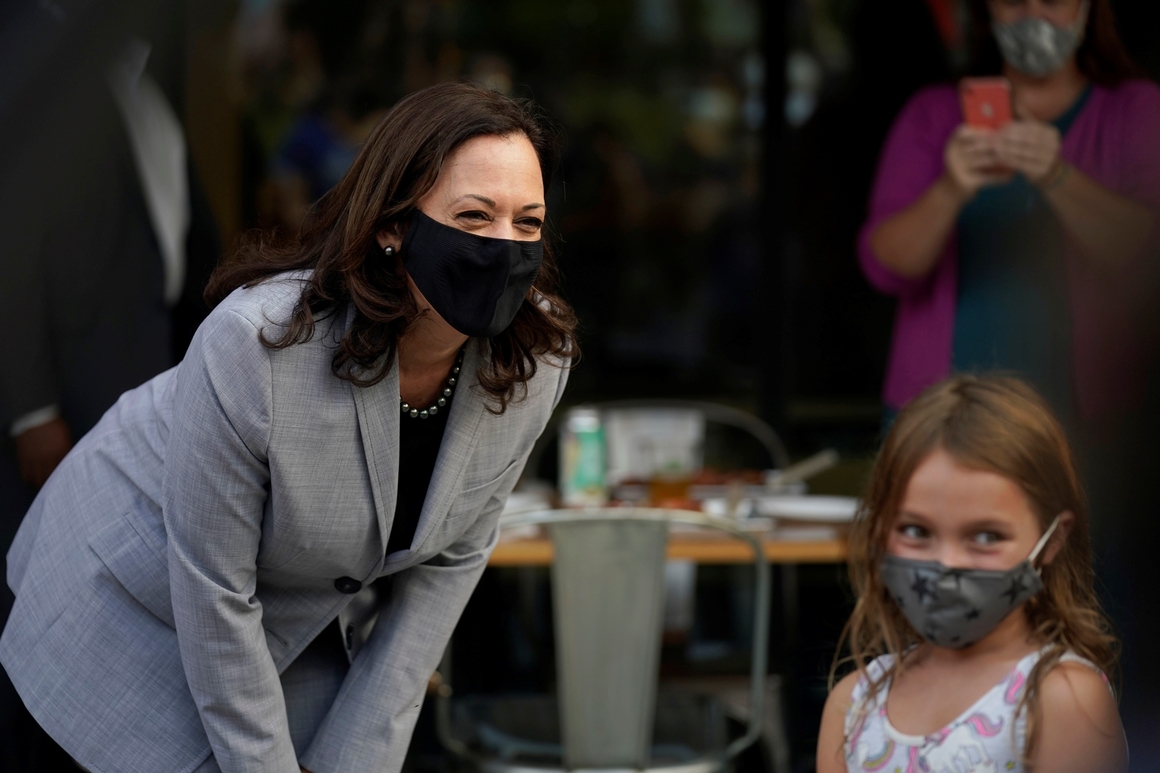 Harris’ biggest opportunity comes in Utah in the debate with Pence.

Harris aides have long viewed the debate as the biggest stage to showcase her slashing style. And Trump’s return to the White House after spending the weekend in the hospital with the virus is seen as a boon to her. She’d planned to make his record the focus of her attacks, aides said, but with the president touting his improved condition, those strikes can be delivered with less hesitation.

“She can be tough on Trump without worrying about it,” said a person close to the campaign. “I believe she’s going to treat Pence as a witness in the prosecution of Donald Trump.”

Harris, for her part, joined with some of those around her in trying to lower what they view as artificially high expectations for her.

“Let me just say something. He’s a good debater. So, I’m so concerned, like I can only disappoint,” she told donors last month.

She might have another turn in the spotlight later this month, at Senate hearings for Amy Coney Barrett, Trump’s nominee to the Supreme Court. Harris is on the Judiciary Committee, and her questioning of Barrett is the most anticipated moment of the hearings.

The desire for more Harris is a sign of how far she’s come in a few months. By the time she dropped out of the primary late last year, her favorability rating hovered in the low-to-mid 30s. She helped set the tone for her political comeback before Biden picked her to be his VP. Over the summer, Harris bounced back by becoming one of the most prominent politicians to back police reform in Washington, carrying legislation and appearing at protests as the nation confronted a reckoning on race.

Though she was the early frontrunner for the VP post, some Biden allies and Democrats in her home state warned the campaign that she would struggle to be a team player, even as her advisers argued it would go against her interests not to.

Harris has worked hard to overcome those perceptions, and Biden’s campaign has labored to stamp out any signs of drama around the candidate.

Once back on the campaign trail, Harris has been careful about discussing her role, even in private conversations. But before her travel schedule picked up, she shared impressions with friends and donors about the lighter road schedule than she had in the primary, expressing relief and suggesting it’s given her more time to prepare.

In recent weeks, her average favorability has climbed into the mid-40s, topping out at 50 percent in a CNN poll released Tuesday.

While Harris has largely avoided the scrutiny she faced in her own campaign, particularly around her own record, she hasn’t entirely avoided hiccups. She’s been criticized for prioritizing local interviews and non-political outlets over questions from traveling press.

Her refusal to say whether she would take an approved Covid-19 vaccine ahead of the election — pointing to her distrust in Trump and the need for assurances from health experts — exposed the ticket to criticism that they were rooting against a potential treatment for the virus.

“Well, I think that’s going to be an issue for all of us,” Harris told CNN when she was asked whether she would receive a vaccine before the election.

Biden later stepped in to clean up Harris’ remarks.

In another exchange, Harris was tripped up by questions that came after she and Biden announced support for a national mask mandate. She said they merely supported a standard. Biden later came back and said the president’s authority to impose a mask mandate was unclear and also used the “standard” language himself.

And Harris equivocated when asked about expanding the Supreme Court, an idea she previously was open to. Biden said during the primary he opposed adding justices to the court, but now refuses to give an answer on it, contending anything he says will serve as a distraction.

But by all accounts, Harris has managed so far to allay the concerns of naysayers when she emerged as a favorite for Biden’s second-in-command: that she would overshadow Biden.

“Biden is leading,” said one donor to the campaign, “and she’s enforcing the message.”