How Kate and William’s romance is ‘intense as it was... 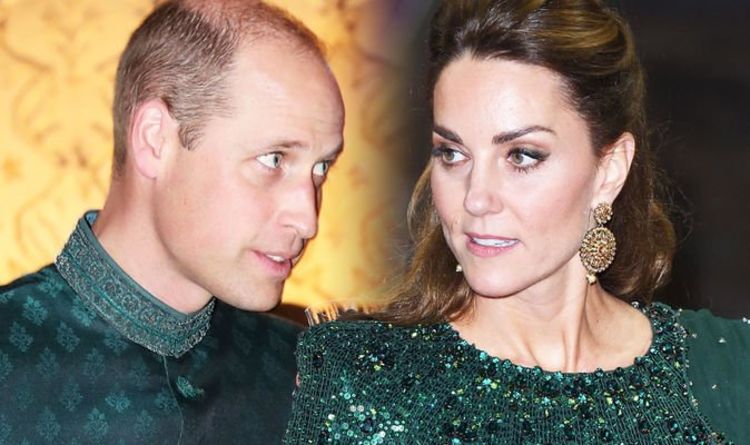 Kate Middleton and Prince William are keeping the flame of love alive, according to one expert.

They have important jobs as royals and three children to look after, yet their pair’s romance is still “intense”.

The Duke and Duchess of Cambridge are without their three children in Pakistan, where they are touring on behalf of the Royal Family.

What does a body language expert make of the pair?

Kate and her husband, who she met at university, have been all smiles and giggles on this tour.

Body language expert Judi James said: “Kate looks authentically happy and even healthy here, laughing in what appears to be delight and often sharing moments of affection and humour with William that suggest a relaxed friendship and affection.

“Their subconscious mirroring is as intense as it was in the early days of their marriage, showing a like-minded approach and sense of purpose.

“Their ‘pinging’ smiles and laughter suggest they feed off one another in terms of both support and fun.”

They were first friends, before the relationship grew into something else.

The pair lived together in the second year of university and were together for eight years before they eventually married.

Kate Middleton pregnancy rumours are swirling once again as the Duchess took a doctor on her trip to Pakistan.

But what does our body language expert make of this speculation?

Judi said: “None of (Kate’s) outfits so far seem to have made an concession for even the trace of a baby bump and knowing how badly she suffers with morning sickness when she is pregnant it would be very surprising if she did take on a tour as important as this during the early stages of a pregnancy.”

Although Kate Middleton is often touching her midriff, the clue as to why may lie with William, rather than a fourth baby on the way.

“Kate is often seen touching her stomach area so this is a less reliable ‘tell’ than it might be with many women,” Judi explained.

“As we can see in these poses too, it’s a gesture that William uses a lot and Kate might just be mirroring him in a gesture of rapport.

“There are clues that might suggest Kate could be pregnant but the timing would make it surprising!”