How Prince Charles helped actor become The Wire star that... 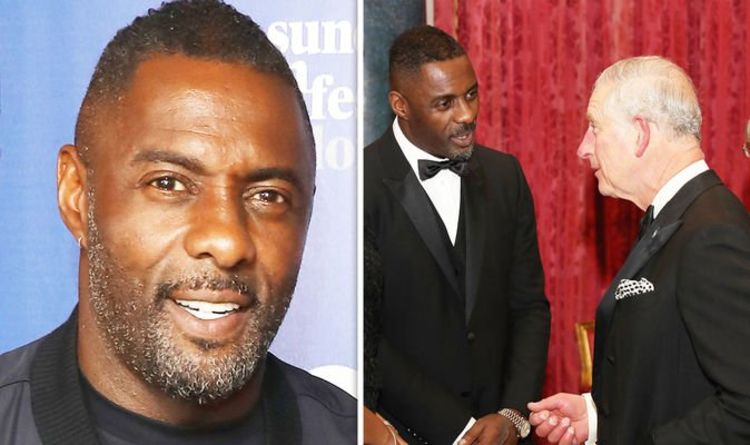 Idris Elba, 47, is among Britain’s finest acting talents – having featured in a wide array of global hits from US show The Wire to gritty crime thriller Luther and even the Marvel superhero franchise. Recently, he was one of a list of celebrities to champion coronavirus awareness and stigma reduction after revealing he had tested positive on March 16. But far from his fame of today, Idris grew-up in a “poor” immigrant family and shared his fair share of hardships – including nearly being burned alive by a bully. In an unearthed interview, the Londoner revealed how he likely would have never made it as an actor without the assistance of Royal Family member Prince Charles.

The acting star, born Idrissa Akuna Elba, attributes much of his success today to a humble upbringing in Canning Town, London.

While his parents, Sierra Leonean father Winston and Ghanian mother Eve, were not wealthy by any means they were always supportive of him.

Long before his dreams of appearing on the big-screen were realised, they encouraged him to pursue his passions – including a brief flirtation with becoming a professional footballer.

But after leaving school without little idea of what he was going to do, the future star would stumble upon his life’s calling, as he told the Guardian in 2009.

In a telling-reveal, Idris explained that his commitment and determination to become a success could have led him into any profession.

He said: “I think the thing for talented people is that they can turn themselves in any direction. I’m one of those people who’ve been able to do anything.

“If Idris had been a footballer now, he’d have been coming to the end of his career now. I could have been like Vinnie Jones.”

While the statements could be seen as arrogant by some, Guardian writer Stuart Jeffries claimed Idris “doesn’t say this boastfully” but in a “realisation of the proposition’s truth”.

JUST IN: Idris Elba heartbreak: How actor nearly missed birth of his daughter

Idris was awarded £1,500 by the Prince’s trust, which helped him to financially afford his place at the National Youth Music Theatre in 1988.

He explained that his parents “always cared” about his “welfare” but were unable to do everything for him.

Idris said: “They were poor. When I passed the audition to get into the National Youth Music Theatre, my mother said: ‘You can’t go. We haven’t got the money.’”

It was his school drama teacher who advised him about the monetary aid programme and thankfully the future star was awarded it.