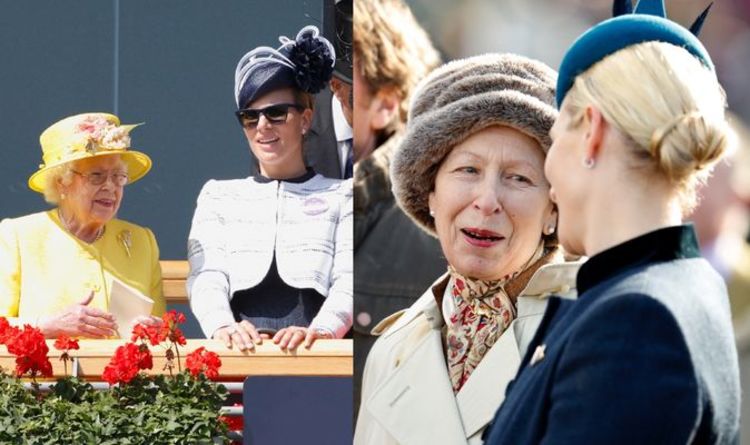 Princess Anne, 69, is the only daughter of Queen Elizabeth II, 93, and Prince Philip, 98. A body language expert has exclusively analysed their body language.

“Both the Queen and Anne have been governed by royal duty and it’s very likely that Zara symbolises the women they would have been without their titles.”

One of the ways this takes form has been in Zara’s equestrian career. She is an incredibly accomplished horse rider.

She is an Olympian, having won a silver medal at the 2012 Summer Olympics.

Zara has also won the Eventing World Championship in Aachen in 2006 and on the same year was voted BBC Sports Personality of the Year.

Judi said: “While the Queen and Anne are both passionate horse-riders, it was Zara who could turn that passion into a long-term career without time-outs caused by royal duties.”

When it comes to romance too, Zara had freedom neither the Queen nor Anne enjoyed.

Judi said: “While both Anne and her mother married dashing military men who fitted the job title of Disney-style Prince perfectly, Zara was free to find her soul-mate in the shape of the broken-nosed and hugely spontaneous and funny rugby player Mike Tindall.”

So, are the women close? According to the body language expert, yes they are.

Judi said: “There has always been a very un-fussy closeness between the Queen and Princess Anne and Anne and her daughter Zara.

“All three women share similar traits of upbeat stoicism and a mutual adoration of horses, but the only emotional displays from any of them will usually be between Zara and her husband and children and her uncles and grandparents.”

Is Princess Anne close with Prince Charles and Camilla?

In 1970, Princess Anne enjoyed a brief romance with Andrew Parker Bowles – just a few years before he married Camilla.