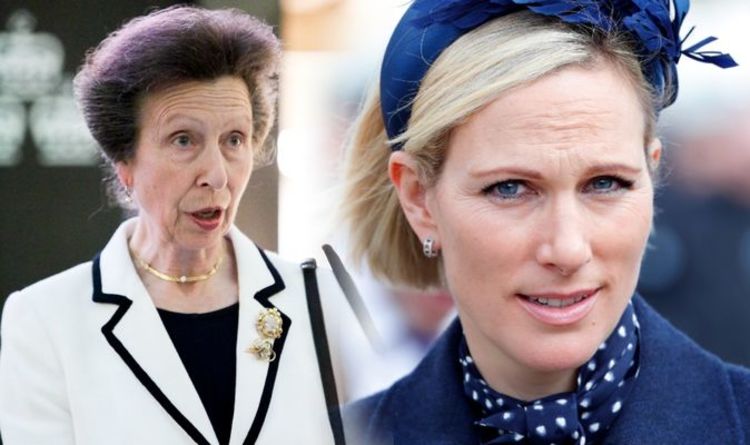 Zara Tindall is a granddaughter of the Queen. She is an Olympian and a mother. What is her relationship with her mother Princess Anne?

Anne, Zara and the Queen are all similar in a number of ways.

However, Zara differs in a key way. Judi explained: “There has always been a very un-fussy closeness between the Queen and Princess Anne and Anne and her daughter Zara.

“All three women share similar traits of upbeat stoicism and a mutual adoration of horses, but the only emotional displays from any of them will usually be between Zara and her husband and children and her uncles and grandparents.”

What is more, being born without a royal title has gone a long way to change Zara’s life, and make it different to her royal predecessors.

Princess Anne has been described as an “Ice Queen” by the expert.

“Anne’s body language could paint her as the Ice Queen of the royals,” Judi said.

“With her often dour facial expression and her deeply unromantic, hands-off displays with both her husbands, she can appear cold and aloof compared to her daughter’s warmth and her love of dishing out hugs.”

Prince Charles, 71, is currently second-in-line to the British throne, followed by Prince William, 37, his oldest son.

Then comes Prince William’s children, George, six, Charlotte, four, and Louis, one, and they are followed by Prince Harry, 35. Prince Harry is succeeded by his son Archie Harrison, born in May 2019.

ByThe NHS explained "there are many different types of vitamin B", such as B1, B6 and B12. Vitamin B1 is known as thiamin, which helps...
Read more
Lifestyle

Men's Jeans Are Back, So Suck in Those Guts

BySTRETCH FOR STRETCH Men are pulling out their jeans again, or buying new ones, and the pairs that make the most sense have some...
Read more
Lifestyle