How to get the new Wolverine skin in Fortnite (Full...

Here’s a quick and easy guide on unlocking Wolverine, even if you haven’t started your challenges yet.

Unless you’ve been living under a rock, or playing on an Apple device (sorry), you will know all about Fortnite’s huge collaboration with Marvel for Season 4. The Battle Pass features a selection of popular characters from the comics, giving you the chance to play as heroes like Thor, Storm, Iron Man and more in-game.

On top of this, as with every season, you are also able to earn a special outfit by completing a series of weekly challenges. Up for grabs this time around is the clawed mutant, Wolverine.

The sixth and final challenge is now live, meaning that you can now unlock Wolverine. So, let’s take a look at how to finish each of the tasks.

Reminder: You must own the Battle Pass to gain access to the Wolverine Challenges.

First up, it’s time for some detective work. You can find these claw marks in a bunch of places, but you only need 3.

To tick this one off as fast as possible, head down to Weeping Woods and go to the spots marked on the map below. You don’t need to interact, simply look at the marks and it will count. 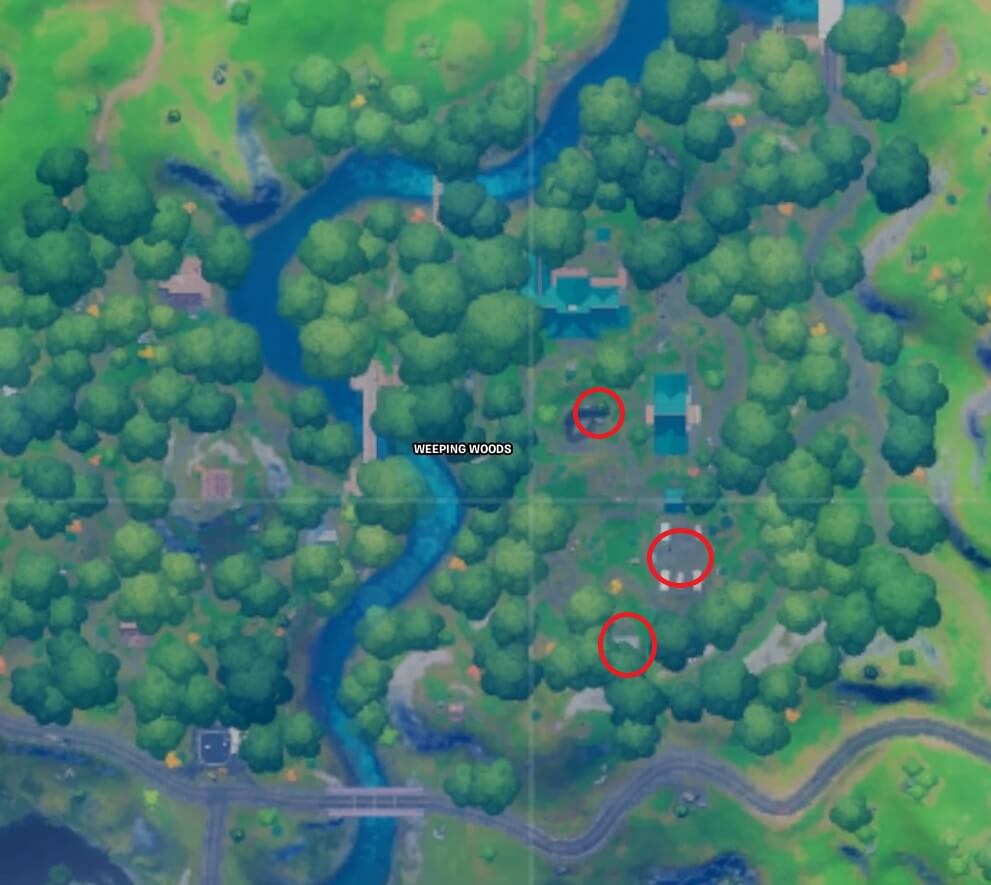 2. Find the loading screen picture at a Quinjet patrol site

This one is really easy. There are two methods to choose from:

Speeeed! If you’re on the challenge grind and want to get things done and dusted ASAP then this is the strategy. 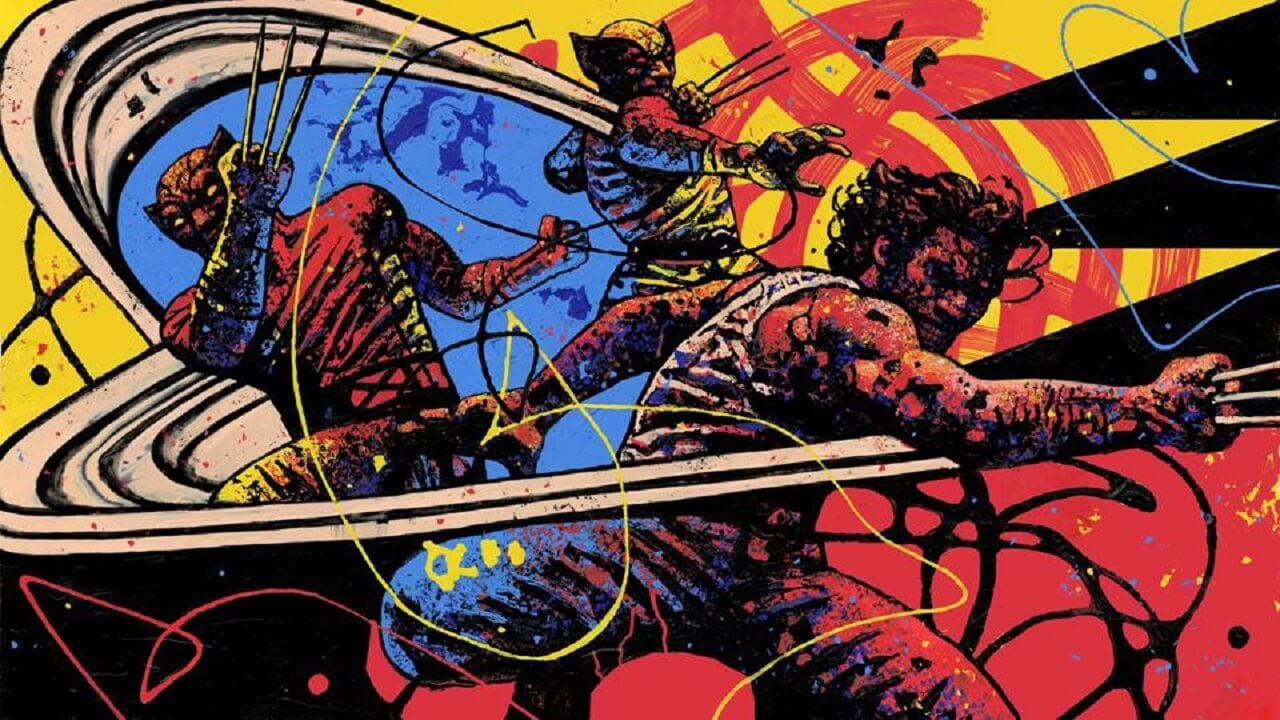 If you favor a more tactical approach, then there is a safer way to go about it.

Well, the clue is in the name. Make your way over to Dirty Docks to complete the third weekly challenge.

The trophy in question is a Sentinel head. Yep, just like the giant purple ones in the middle of the map, but on a much smaller scale. 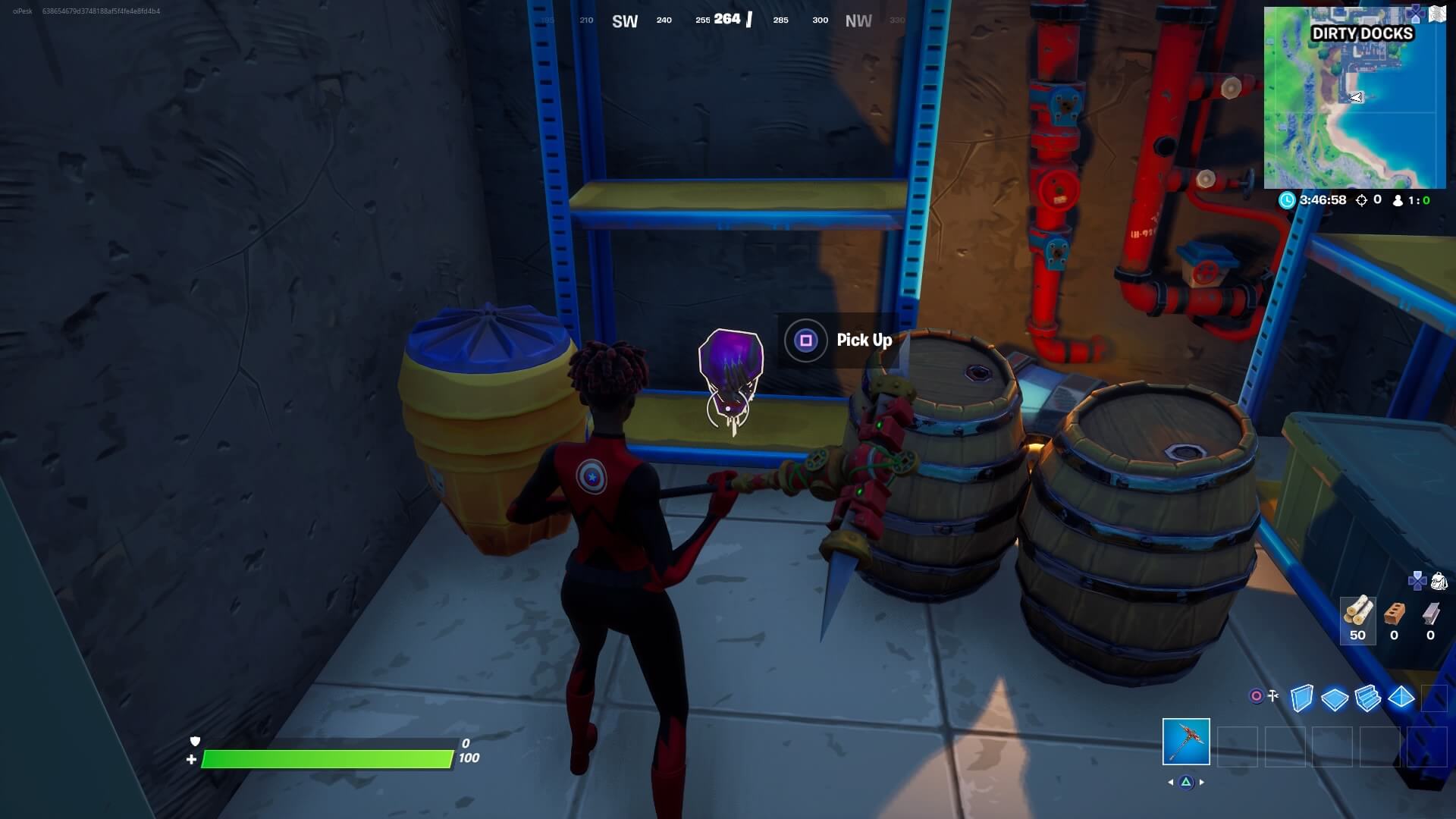 Wolverine’s prize can be found in the lone building at the southern end of the docks. Enter the little storage room on the ground floor, you should see a wooden box. Smash the box open and the Sentinel head will appear. Grab it and that’s another one crossed off your list.

4. Launch off all the Sentinel hands without touching the ground

This one may sound a little more complex than the others, but it shouldn’t take more than two or three attempts. The Sentinel Graveyard landmark is located towards the centre of the map, in the mountains between Lazy Lake and Weeping Woods.

Remember you can deploy your glider after hitting the boost, this will make it much easier to navigate towards your next target. 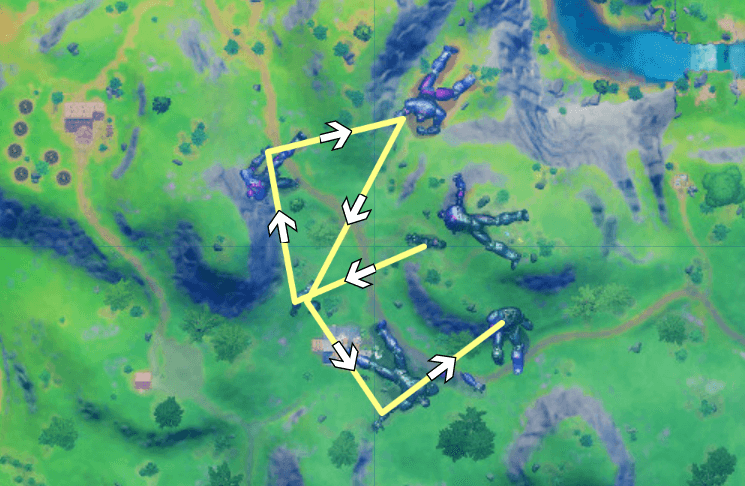 Follow the route displayed above and avoid knocking into anything mid-air.

Good news, this is probably the easiest one of the lot. You just need to know where to look.

There is only one Trask transport truck on the map and it can be found over by Homely Hills, towards the north of the Fortnite island. 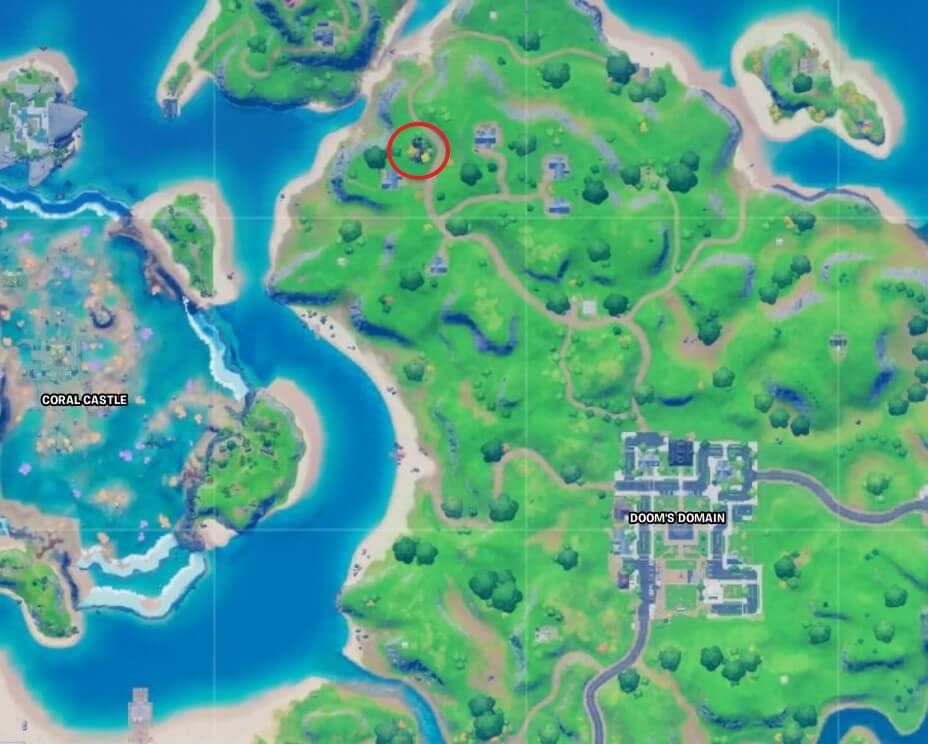 The truck itself sits upon one of the odd circles of raised land left by Thor as part of the Marvel storyline. Whilst landing nearby is sufficient to complete the task, you may want to check inside the vehicle for a free 15,000 XP coin.

Ok, you’re all caught up. Now for the final challenge, you must eliminate Wolverine himself.

Since the most recent Fortnite patch, Wolverine has been patrolling Weeping Woods as a new mythic boss.

He doesn’t have a set spawn location, so your best bet is to land at one of the main buildings first to loot up. Once you’re ready, hop in a truck and hunt him down. Because of his healing abilities and deadly claws, Wolverine is definitely one of the hardest AI characters to kill. If you are having trouble in Solos, you can always sign up some friends to help you out.

It’s safest to try and fight him from range. If you can lure him close to a building and give yourself high ground, you should be able to deal damage without being in any real danger. Once he’s knocked, finish off the elim straight away to prevent him getting back up.

Congratulations! If you made it through all six challenges you will have now unlocked the Wolverine skin. Continue working on your other weekly missions in order to earn the Logan edit style.