How to live longer: The natural supplement shown to reduce cancer risk by 15 percent 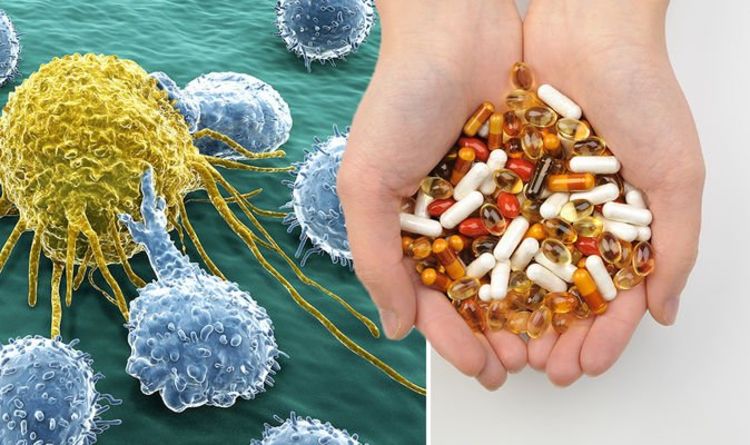 Speaking to the Express.co.uk, Dr Sarah Brewer, Medical Director of Healthspan and Author of Live Longer, Look Younger, highlighted the wealth of evidence that supports taking this supplement.

One of the most encouraging studies, published in the journal PLoS One, analysed data from 266,844 people aged 45 and over, of whom 22 percent regularly took glucosamine.

Another study echoed these findings and was so significant, it was accepted for publication in the British Medical Journal, reports Dr Brewer.

DON’T MISS
Bed bugs: The three different warning smells indicating you may have an infestation [INSIGHT]
Hair loss treatment – Dr Sara explains the best type of shampoo to stimulate hair growth [ADVICE]
How to get rid of visceral fat: The Dutch diet proven to shed the harmful belly fat [TIPS]

This study found that those taking glucosamine were consistently less likely to develop both fatal and non-fatal coronary heart disease than non-users during a seven year follow-up period.

According to Dr Brewer, the protective effects of glucosamine are believed to relate to its anti-inflammatory effects.

It is also important to get the required amount of sleep each night, says Dr Brewer.

Getting insufficient sleep has been shown to raise your risk of chronic disease and directly shorten your life expectancy.

Evidence supports the health benefits of getting plenty of sleep.

Researchers following over 14,000 twins found those who slept for between seven and eight hours per night lived longer than those who habitually slept for shorter (6.5 hours or less) or longer (9.5 hours or more) periods.

Poor judgement “Situations, where quick decisions are second nature, can become a struggle for those who are suffering from dementia,” said Luca. “Any unusual, rash actions...
Read more
Health

High amounts could be lurking in your breads and rolls, sandwiches, soups, and pizzas. Other surprising foods there could be a lot of salt in...
Read more
Health