How to Make Cider Cocktails 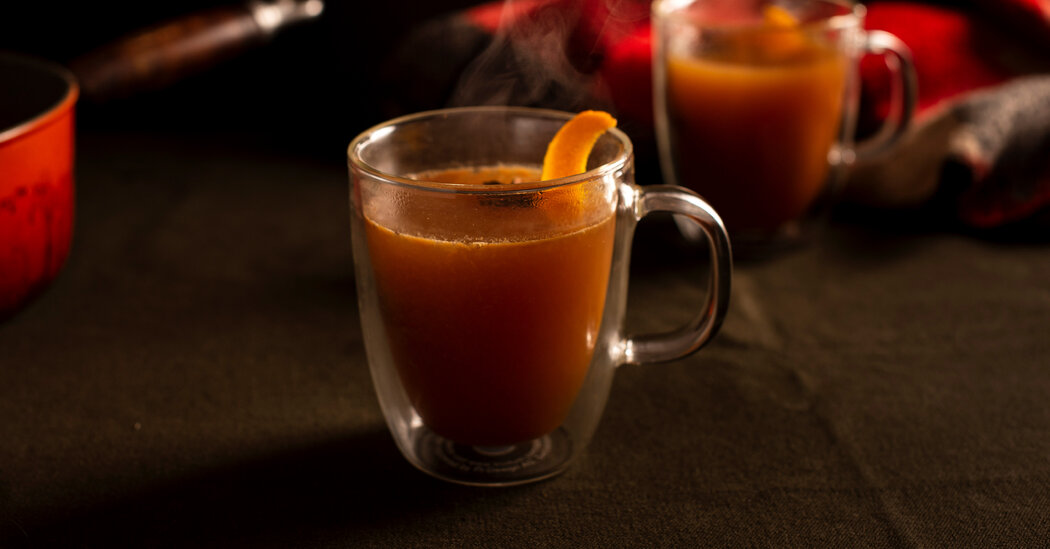 Amber is the color of autumn in a glass, with the tender blush of a Bellini giving way to sturdier, warming whiskey-based drinks. But it’s also time for cider, now on the upswing. Cider is not only a sweetly refreshing family quaff; when fermented and alcoholic, it’s also a delicious alternative that competes with beer.

You could argue that locally made, fresh nonalcoholic cider is simply apple juice. It’s really more than that and better because these days most apple juice is made from imported concentrates, too sweet and with all the apple richness filtered out. Like wine grapes, cider apples are not meant for the fruit bowl, instead they are varieties that deliver complexity and richness when pressed.

Hard cider is tart and refreshing, food-friendly and excellent to sip at dinner as the English, French, Spanish and Canadians well know. Another apple drink to keep in the fridge is apple ice wine, as delectable a nectar with dessert as Muscat de Baumes-de-Venise. Made by pressing frozen apples that produce intensely concentrated juice, Neige from Quebec is one label to look for; Still River from Massachusetts is another.

With fresh or hard cider on hand, you have the makings of all sorts of drinks. Mugs of warm, spiced mulled cider are perfect for a chilly afternoon, as are these three cider-based cocktails.

1. Combine bourbon, sherry and triple sec or Cointreau in a cocktail shaker with ice. Shake well and strain into a large wine glass half-filled with ice.

2. Top with bitters and pour in the sparkling cider, then serve.

1. Use a vegetable peeler or paring knife to strip the zest off the orange. Juice the orange. Place the zest and juice in a 3-quart saucepan. Add the cider and all the remaining ingredients except the vinegar. Bring to a boil and let simmer for 5 minutes. Remove from heat.

2. Stir in the vinegar. Steep for at least 4 hours.

3. Strain if desired, or serve with the spices and some or all the other ingredients. Reheat to serve warm or chill and serve cold. Spike if desired.

1. Combine the applejack or Calvados, cider syrup, lemon juice and bitters with ice in a cocktail shaker. Shake until very cold.

2. Strain into 2 cocktail glasses and garnish each with an apple slice and cinnamon stick.

Cider Syrup: You can buy it but preparing it at home is easy. To make one-half cup of cider syrup, simmer one quart of fresh cider in a small saucepan for about 30 minutes, until the mixture becomes dark and concentrated. Keep it in the refrigerator and use for sweetening cocktails, as you might simple syrup.