How Trump’s Crowd Obsession Could Bite Him Back 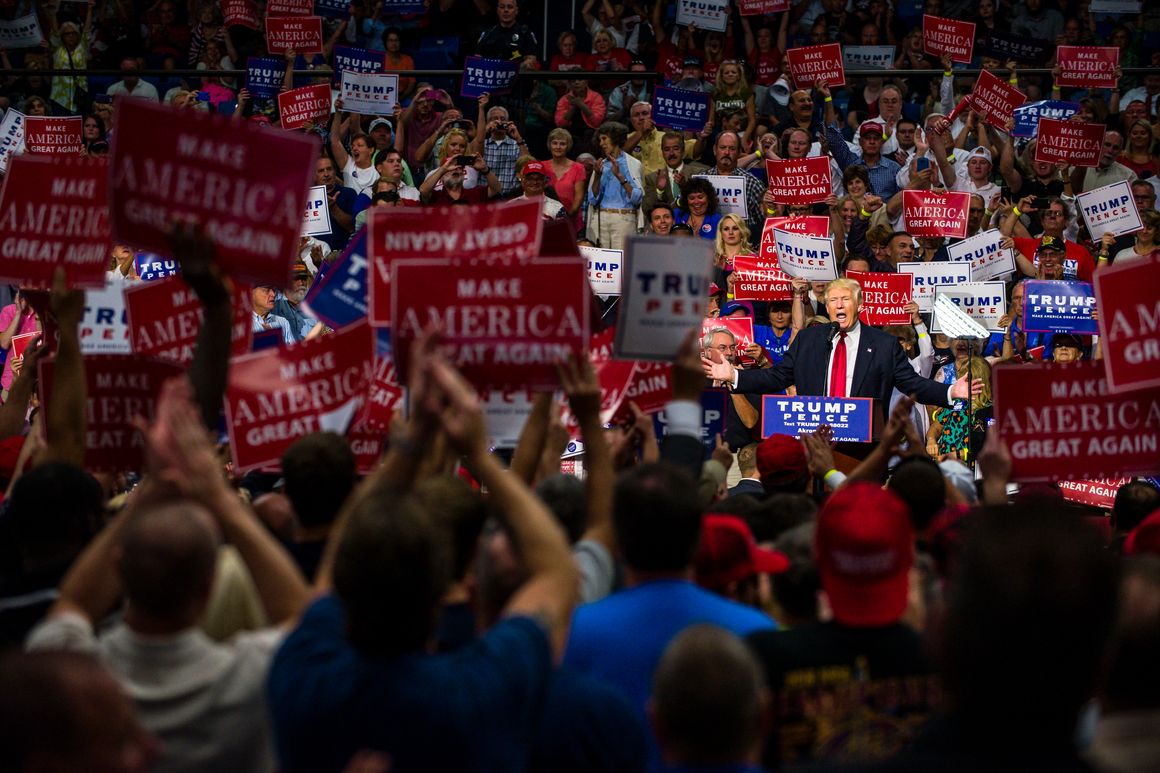 For Trump, the mocking press coverage (“Trump Rally Fizzles,” ran the New York Times headline) marked an end to five years of largely triumphant use of crowds. When he launched his campaign in 2015, Trump’s obsession with personal, physical crowds seemed almost antique. His rallies were somewhere between a tent revival and a rock concert, where he traded off the energy of people shouting back at him. They were unsettling to pundits, who doubted that the rallygoers were actual voters, but it was Trump who had the last laugh; the rallygoers turned out at the polls in November. And, in a sharp departure from previous presidents, Trump has made rallies part of a permanent campaign, complete with crowd chants of old favorites like “lock her up!” years after Hillary Clinton’s involuntary return to private life.

In another sense, however, the president’s insistence on his capacity to attract huge throngs has always loomed as a potential trouble spot. His first day in office—literally—was dominated by the spectacle of press secretary Sean Spicer demanding that the press disbelieve the obvious evidence that Trump had drawn less than an Obama-size inaugural crowd. (It was also evidence that Trump’s often casual relationship with reality would persist into his presidency.) And in bragging that he’d never had an empty seat at a rally, Trump was setting himself up for the kind of fall that Tulsa provided.

In fairness to Trump, he isn’t wrong that crowds matter. And he’s hardly the only politician or president eager to have, if not obsessed with, large audiences. In fact, it has been a key element of our political process, going back to the 19th century, when political parties held Fourth of July celebrations to draw big crowds for their candidates’ speeches. In at least one case, a presidential hunger for crowds drastically changed American history.

As with many things, Trump has revived a seemingly old-fashioned tradition and turned it into a modern political weapon. The question is, with the Covid-19 pandemic showing no signs of abating, can he pivot to a new world in which crowds are definitely unsafe, and in some places even illegal?

The president was John F. Kennedy, and he was talking to a White House team that was planning an ostensibly “non-political” swing through several Western states in the fall of 1963. Kennedy might be remembered today as the first TV president, with a knack for appealing to voters through a new mass medium, but he also had an understanding of the power of physical turnout. For JFK, whose reelection prospects were far from certain, it was crucial that he could show large, enthusiastic audiences in states he had failed to carry in 1960.

Why? The best answer comes from Jerry Bruno, the man who more or less invented modern political “advance”—the art and science of drawing large crowds for JFK, RFK and others. In his 1971 book “The Advance Man” (which I co-authored), Bruno set out to explain why, when it comes to crowds, size does matter: “When you can show people a candidate who can draw crowds, you can give them a sense of enthusiasm or excitement, you’re giving them something recognizable. [And] because the press and the media judge a candidate by the visceral, physical facts—how big was the crowd, how many people turned out … those stories create a sense of momentum or of failure. Those stories may persuade money-givers to go with a winner or hold back from a loser.”

Bruno’s key insight—and one of which Trump fell afoul in Tulsa—is that it’s not the numbers that matter. It’s the perception. His first rule of advance was “it’s always more impressive to fill a small hall than to half fill a huge hall.”

“It looks more impressive, it feels more exciting,” he wrote in “The Advance Man,” “to walk into a five thousand seat hall that’s packed to the rafters than to see thirty thousand people in Yankee Stadium.”

back, bite, could, crowd, obsession, Trump’s