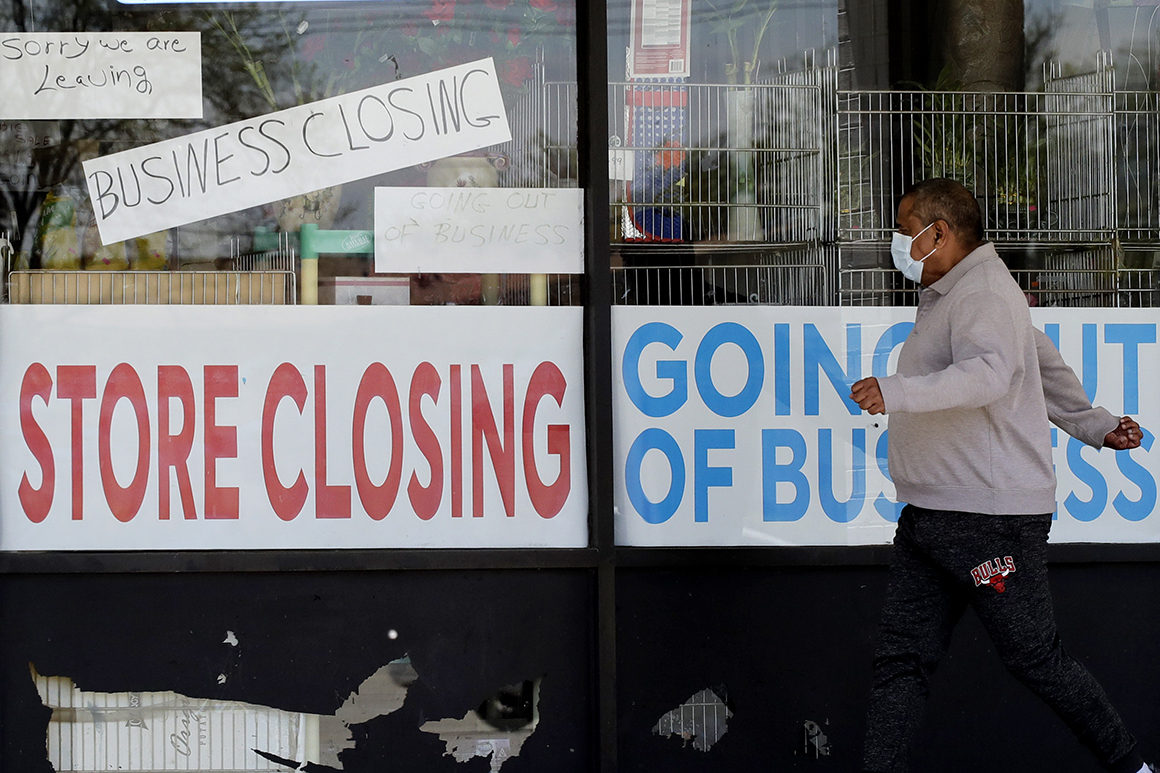 What money would be affected?

The CARES Act passed by Congress in March included a total of $ 150 billion for state and local governments. The Treasury Department recently released data showing that, as of June 30, only a quarter of that money has been spent.

The Trump administration believes it can tap as much as $ 81 billion of that unspent money to offer states the ability to take advantage of beefed up unemployment benefits. The White House Office of Management and Budget did not respond to several requests for comment.

But while much of the aid hasn’t been spent, most of the money is already spoken for.

A recent survey by the National Association of Budget Officers found three quarters of the $ 150 billion has been committed for specific purposes, like health care providers, business relief, distance learning for students, housing assistance and more. And states can technically already use the money for unemployment insurance costs, according to Treasury Department guidance.

States have had to budget carefully while dealing with a tremendous amount of uncertainty amid the coronavirus pandemic. They’re also barred from using any of the funds to plug up enormous budget gaps — a flexibility that many Democrats and Republicans now realize states need. In some cases, states have hesitated to allocate additional cash, with the hopes that such flexibility will materialize.

Would Trump’s executive order be legal?

No language in the CARES Act explicitly bans Trump from tapping state and local pandemic aid to extend unemployment insurance, but the law doesn’t provide the administration with any explicit wiggle room, either.

Regardless, House Democrats would see such an executive order as a breach of congressional spending powers.

“The executive actions the White House has floated in the press are illegal and aren’t worthy of attention or discussion,“ House Appropriations Committee spokesman Evan Hollander said in a statement. “The only path forward is negotiating and passing legislation based on The Heroes Act that will keep money in the pockets of workers and prevent devastating state and local layoffs.“

Under the relief law, money for state and local governments is specifically distributed to states through a population-based formula. The only language in the law about recouping funds involves Treasury’s watchdog and doesn’t suggest the president can simply move money around at his pleasure. If the agency’s inspector general finds that states improperly spent their money, then states must pay Treasury back.

What do states need?

Governors are now pleading with Congress to provide at least another $ 500 billion that can be used to fill revenue shortfalls. But the issue is one of the biggest sticking points in the stalled talks. House Democrats passed legislation in March to provide as much as $ 1 trillion, while Senate Republicans have pointed to unspent funds as reason enough to pump the breaks.

“It would just add — I’m trying to think of the most vivid way to say this — it’s already an unprecedented fiscal emergency and the last thing that we want to do is make that even worse,” he said.

Any forthcoming flexibility in how state and local aid is spent would be welcome, added Maya MacGuineas, president of the Committee for a Responsible Federal Budget, a deficit-hawk group. But that authority should be granted by Congress, not through an order from the president.

“To push the limits in terms of what’s permissible doesn’t seem good for the economy and what’s unifying for the country,” MacGuineas said.

Would it be enough?

Apart from sidelining Congress and potentially undermining states, it’s also not clear Trump’s plan would provide enough support to the public amid the sharp recession.

Under the executive order being eyed by the White House, states could offer jobless Americans between $ 200 to $ 600 per week.

The enhanced benefits that recently lapsed provided for $ 600 per week, so it’s likely any assistance from the White House would be less. It’s also not clear how long the payments would go on for; House Democrats’ bill would extend the $ 600 benefits through January 2021.