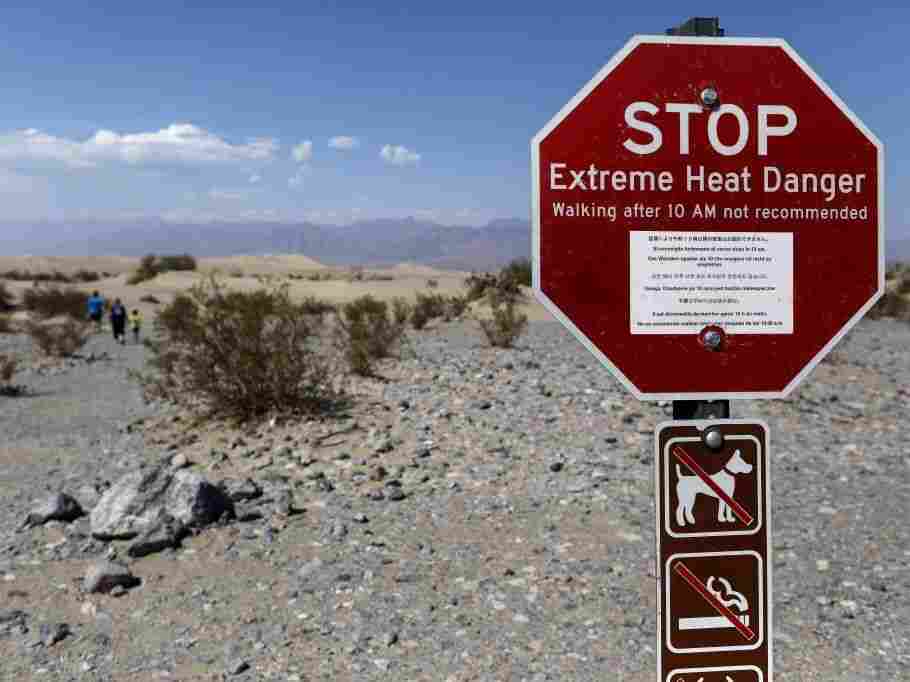 On August 16, a 130 degree temperature was recorded in Death Valley National Park, Calif. Now a committee of scientists is working to verify this temperature which might turn out to be one of the hottest ever recorded. Mario Tama/Getty Images hide caption 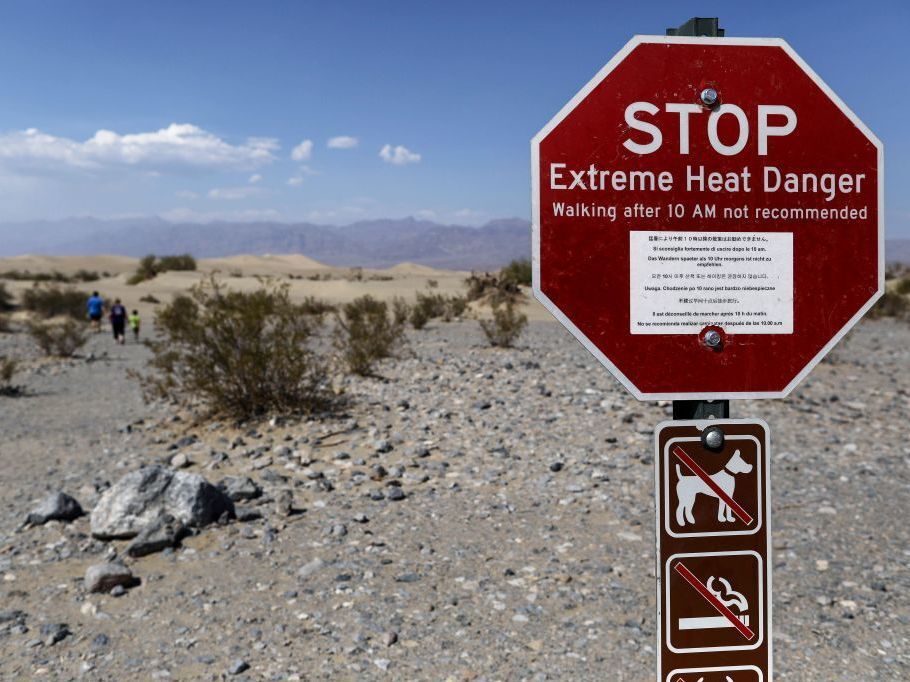 On August 16, a 130 degree temperature was recorded in Death Valley National Park, Calif. Now a committee of scientists is working to verify this temperature which might turn out to be one of the hottest ever recorded.

When a weather station in Death Valley, California registered an astonishing 130 degrees Fahrenheit this week, it got meteorologists’ attention.

After all, there’s a possibility that this is the highest such temperature ever reliably recorded on Earth — if it’s for real.

One person who received the news with keen interest was Randy Cerveny, a geographer at Arizona State University. He plays a key role in verifying extreme weather measurements, under the auspices of the United Nations agency that standardizes weather measurements around the globe.

Since 2007, Cerveny has been in charge of organizing ad hoc committees to independently verify superlative weather measurements — like the highest ocean wave, or the strongest wind gust.

For him, this gig started back in 2005, when he was watching as Hurricane Katrina battered New Orleans.

“I heard several news reports referring to it as the worst hurricane that’s ever been seen. And that’s not true,” says Cerveny, who notes that a far deadlier one hit Galveston, Texas in 1900, and an apocalyptic storm ravaged what is now Bangladesh in 1970.

It occurred to him that there was no system at the time to verify claims about world records for weather.

He knew that some countries have committees to scrutinize extreme weather within their own borders—the U. S., for example, has the National Climate Extremes Committee. But there was nothing like that for the entire planet.

“I suggested that we set one up, and the World Meteorological Organization said, ‘That sounds like a great idea, would you be willing to do it?'” he laughs.

So, now when a new contender for a record appears, he gathers the top experts in any given subject.

These folks then spend months going over every detail related to the claim, from the instrument to the terrain to the overall weather in that area and its surroundings. “So it’s a very detailed, very elaborate investigation,” says Cerveny.

Already, the new 130 degrees measurement in Death Valley has started to be scrutinized, by meteorologists from the local weather office to the National Climate Extremes Committee all the way up to the World Meteorological Organization.

“We’re in the process right now of getting ahold of the actual raw information, the raw data itself,” says Cerveny. “My committee will then go over it with a with a fine-tooth comb and look for any problems or any concerns that they might have.”

“I’m hoping that we would have a decision by sometime this winter,” he adds.

Dan Berc, a meteorologist at the National Weather Service in Las Vegas, Nevada, which covers Death Valley, feels pretty confident in the measurement.

“I don’t make the final assessment, but I see no reason to believe, on the surface, that this 130 is incorrect,” says Berc. “I think, based on what I can see now, it’ll probably stand up.”

This isn’t the highest temperature recorded in Death Valley, Berc notes. That would be a reading of 134 degrees Fahrenheit, in July of 1913, which happens to be currently accepted as the official world record, even though there weren’t committees way back then to rigorously check it out.

Recently, however, some critics have pointed out problems with that one. They say the 1913 reading is weirdly out of step with measurements taken back then in nearby areas, and that the person who made the observation was inexperienced.

“As far as world records and controversies surrounding them, I don’t think that anything beats the 134 temperature at Death Valley,” says Berc.

So far, though, the national and global verification committees haven’t taken this up, though some weather enthusiasts want them to.

In addition to verifying new claims, these expert panels also sometimes reconsider old ones. “Back in 2010, we started an investigation of what was then the hottest temperature ever recorded on the planet,” says Cerveny, explaining that it was a reading of 136.4 degrees Fahrenheit in Libya back in 1922.

When the World Meteorological Organization committee members saw the original log sheets, they found data in wrong columns and other discrepancies put in there by a substitute weather official. “It was kind of playing detective, but we were able to, to the best of our ability, suggest that that value was bad,” he says. “And so we discounted it.”

At the WMO, the final decision on extreme weather records is always made by one person. “Because we realized that there was a need for one person to take ultimate responsibility, unfortunately that’s me,” says Cerveny. He adds that so far, he has always accepted the committees’ recommendations.

“With regards to how hot it can be, or how strong the winds can be, or how cold given location can be, those values are absolutely critical to both engineering and medical concerns,” he says.

What’s more, having a firm grasp of the current weather will better let scientists monitor changes over time as the planet warms.

Still, these kinds of records can only reveal so much. It’s clear that some places on Earth get even more extreme weather than the current records would suggest, but no one is around to document it or there’s no reliable weather station located there.

Even within Death Valley, for example, the weather stations might miss the most scorching temperatures. “The hottest part of the park is probably in Badwater Basin. So if we had an official temperature reading there, we might see higher temperatures,” says Berc.

Some places in Saharan Africa probably well exceed the top heat measurements currently on record, according to satellite data. And in Antarctica, there’s too few weather stations to truly know where the coldest place is on that continent.

Plus, as technology improves, scientists get the opportunity to establish new records that once seemed unimaginable.

“When I started this project, I never thought, for example, that one of our records would be ‘How long is the longest lightning flash ever recorded?’ And yet, just earlier this year, we came up with a measurement taken by satellite over Argentina of a single lightning flash that stretched 440 miles,” says Cerveny.

“That’s the equivalent distance from Boston to D.C. as one single lightning flash.”

Testing revealed traces of the amoeba in the tap of the garden hose at the boy's house.Houston, United States: The governor of Texas has issued...
Read more
World