How young black voters could break Biden — and why... 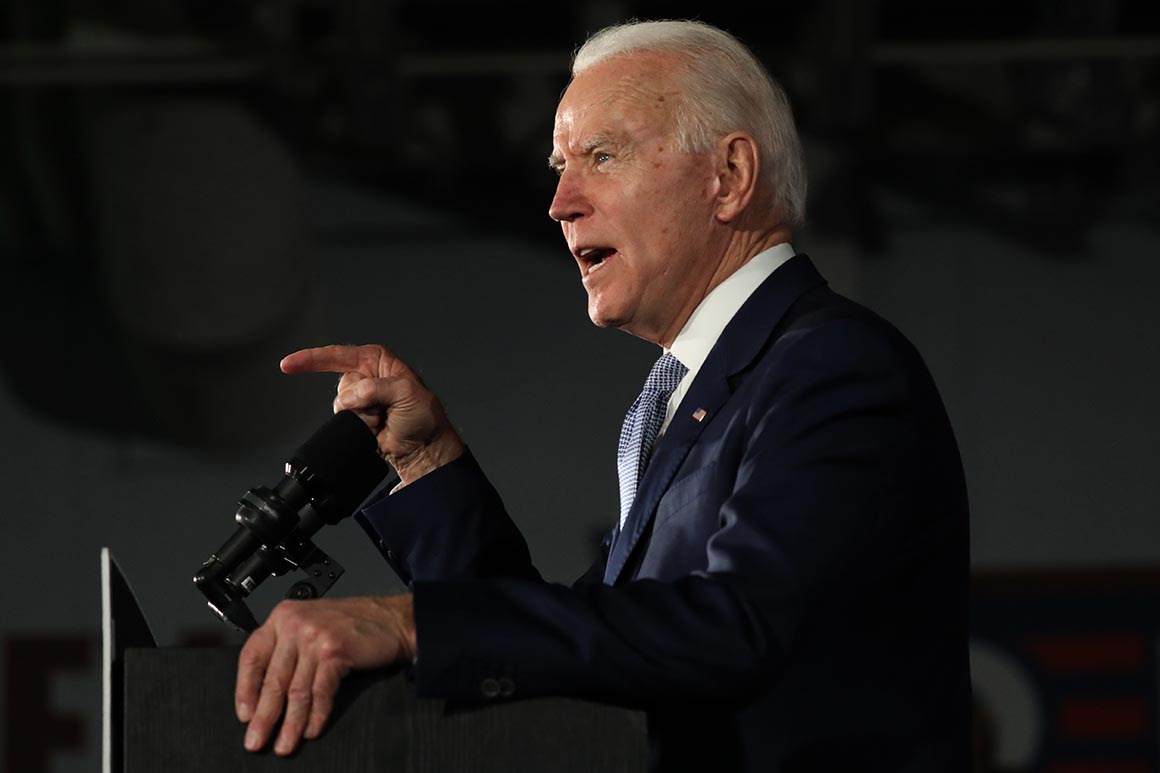 Even as Trump’s campaign tries to court black men, the president casts black people as outside his base and outside of his movement: “MAGA loves the black people,” Trump said Saturday on his way to the SpaceX launch in Florida.

A Monmouth University poll released this week found that Biden won voters under 35 by 25 percentage points. But only a third of young voters viewed the presumptive nominee favorably, versus 59 percent who viewed him unfavorably. Trump’s favorability among young voters is worse — two-thirds of them have a negative view of him. Wall Street Journal/NBC News polling has also found that Biden has less support among black men under 50 (70 percent) than among black women (92 percent).

“They don’t want Trump to win, but the question is: Can you convince them that they want Biden to win? That difference — between not wanting Trump and wanting Biden — that’s the difference we’re seeking for turning out thousands of votes in states like Pennsylvania, Michigan and Wisconsin,” said Josh Ulibarri, a Democratic pollster.

To win over young African Americans, Biden might need to acknowledge his past support for strict police tactics and a criminal justice system that’s long discriminated against minorities, said black organizers and Democratic operatives in swing states.

Biden’s record — including collaborating with segregationists in the Senate and sponsoring the 1994 federal crime bill — emerged as a stumbling block during the primaries. Bernie Sanders, not Biden, won swaths of young voters and “there are subsets of the younger population that … continue to be a challenge” for Biden, said Ben Tulchin, who worked as Sanders’ main pollster.

Young people who did not back Biden in the primary “are the same ones who are protesting in the streets right now, who hold his political record as responsible for the pain they are feeling right now,” said Terrance Woodbury, a Democratic pollster who conducted the focus groups for Black Lives Matter earlier this year. “There is some atonement that needs to happen there.”

Biden responded quickly to Floyd’s death, calling it “a wake-up call for our nation.” He drew a line between the enslavement of African Americans and police violence against them, and called for a national use-of-force protocol.

Biden’s campaign cut a digital ad from a speech he gave on the protests in Philadelphia, featuring footage of the protests, and started airing it in battleground states this week. In May, he released a policy plan for black Americans, prioritizing prosecution of hate crimes.

“It was a good first step, but this is not going to happen overnight,” said Tharon Johnson, a Georgia-based Democratic strategist who works with Atlanta Mayor Keisha Lance Bottoms, who’s been mentioned as a long-shot prospect for vice president. “For Biden, this is not so much about talking as it is about listening.”

Several organizers urged the party to “show up and listen” to the protesters before jumping to policy prescriptions. “If we don’t do that, and continue to do that, I do not think you’ll see the turnout we’d hope for from disaffected and disillusioned communities” in November, Myers said.

The Black Lives Matter focus groups yielded a recommendation that Democrats brand voting as a power to “punish people who were hurting or neglecting their communities,” Woodbury said.

Priorities USA, a major Democratic super PAC, and the Democratic National Committee are targeting black voters through ads and outreach. But Biden’s lack of visibility in the digital space is concerning, Detroit Action’s Snyder said.

Trump’s campaign is dominating on social media and increasingly texting the phones of young black men, in the hopes of peeling off some at the margins. Snyder received three text messages from Trump’s campaign in the past month. But when asked about Biden’s speech and statements over the past week on Floyd’s killing and the protests, Snyder said he and others in Detroit hadn’t seen them.

After watching it later, Snyder said in an email that Biden’s Philadelphia speech was the most “presidential” version of Biden he’s seen. “More of this is what is necessary,” he said, “recognizing past harms.”

Biden’s struggles capturing the attention of young voters is partly a function of being the challenger. Trump has the megaphone, and he’s used it to encourage police violence against protesters.

“Black voters, and black men in particular, know Joe Biden, and they know that as president, he will lead this country back from the brink of this crisis and transform it,” said Jamal Brown, Biden’s national press secretary. “And we are going to earn their vote.”

Elected Democrats are sensing the urgency of young demonstrators. Some have joined protesters in their home cities or in front of the White House. House Democrats are rushing to agree on a package of police reform bills, weighing dozens of proposals from condemning police brutality to outlawing the use of chokeholds. Biden recently endorsed the latter proposal.

“It would be irresponsible for us to wait,” Rep. Karen Bass (D-Calif.), head of the Congressional Black Caucus, said on Wednesday. “We need to show people, especially young people … that we are going to act. Acting as soon as possible means the end of June.”

Though the convergence of coronavirus, high unemployment, and backlash against police brutality is affecting black people uniquely, it’s a continuation of racism that’s existed for generations, said Camille Burge, a professor of political science at Villanova University who researches the role of emotions in shaping black politics.

The unrest today reminds her of the work of the black psychiatrists William H. Grier and Price M. Cobbs. Their 1968 book, Black Rage, documented the anger of African Americans expressed through protests and riots.

Grier and Cobbs explained that “the reason that black people are angry in the United States is because of whites’ inability to accept them as human beings,” said Burge. “It’s like they’re writing it right now.”