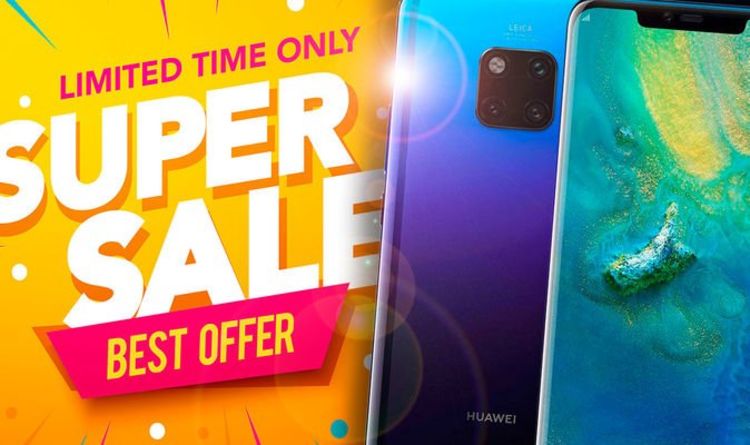 It might be over a year old but the Mate 20 Pro is still a very accomplished smartphone.

When this phone arrived in stores late last year it would have set you back over £800 but things have been tumbling over the past few months.

Some retailers such as Argos and Currys had already dropped the Mate 20 Pro price to £499 but now there’s an even lower price.

BT’s shop is currently running a promotion which allows you to pick up this device for just £399 – that’s over half the original cost.

The model on sale is the Emerald Green variant with 128GB of storage and 6GB RAM.

YOU CAN FIND THE DEAL HERE

If this takes your fancy then you might want to be quick as the telecoms firm says this is limited-time deal with the “last few remaining”.

Along with the price cut there’s also express delivery available meaning you should have the Mate 20 Pro in your hands within 1-3 working days.

Although the Mate 20 Pro has now been superseded by the new Mate 30 Pro this is still the best Mate phone you can buy in most parts of the world.

That’s because despite the new 30 Pro being revealed in September there’s still no word on worldwide release.

Huawei’s Mate 30 Pro has become one of the most controversial smartphones ever.

The device has been packed with some of the greatest hardware money can buy, but is hamstrung by its lack of Google support due to the ongoing US trade ban that prevents American companies working with Huawei.

The tech firm has seen some big success in China with this new device shifting over a million units but that’s about the only place you can buy it.

Some rumours have suggested that’s about to change with TechGarage claiming Huawei will start to release the Mate 30 Pro in European territories from mid-November.

The outlet said it’s possible the handset will arrive on November 15.

Huawei has already revealed the Mate 30 Pro will be priced from €1,099 when it does eventually hit Europe. UK pricing hasn’t yet been detailed. But a rough conversion works out around £950.

The Mate 30 Pro’s software issues are definitely a shame, especially because its hardware is so good. The phone comes with a curvaceous 6.53-inch display, a quad-camera system and a huge 4,500mAh battery.

Huawei has also packed its Kirin 990 processor inside the Mate 30 Pro that should deliver rapid performance across Android 10, even if there aren’t any Google apps to play with.

As soon as we hear more about a release will bring you full news on a date and UK price.