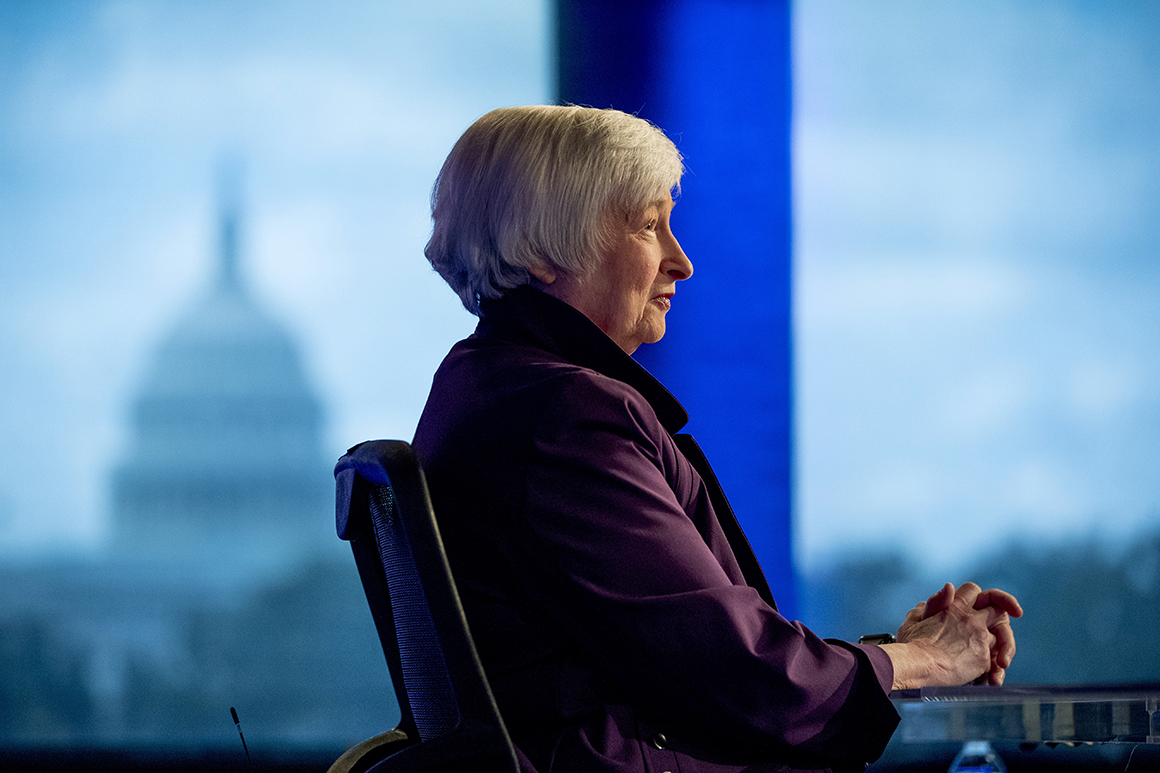 New warnings mounted throughout Monday, signaling turmoil ahead for the economy despite a surprise resurgence in the stock market. The signs of economic distress point to deeper trouble in the months ahead as the coronavirus crisis worsens in cities outside New York and New Jersey.

“This is a huge, unprecedented, devastating hit,” former Federal Reserve Chair Janet Yellen said on CNBC, adding that the unemployment rate is already likely 12 or 13 percent “and moving higher” as millions of Americans are tossed out of work every week. She predicted a hit to GDP from April to June that if sustained for a year would shrink the economy by 30 percent.

Though the ballooning economic destruction is largely being induced by the government’s efforts to combat the virus, consumers’ outlook for the economy is rapidly darkening as the virus claims more lives and shuts down a broad swath of the country.

The growing number of job losses has been a central focus as Congress considers further injections of funds into the economy and as the Fed deliberates more ways to ensure that households and businesses can stay afloat until the pandemic is brought under control — a timeline that is anyone’s guess.

The Dow Jones Industrial Average surged more than 1,600 points, or 7.7 percent, on data suggesting that the spread of the coronavirus may have begun to slow, but that was based on very limited information, and it is still unclear when the number of confirmed U.S. cases — now above 330,000 — will reach its peak.

“Our focus needs to be at this point on testing and getting the pandemic under enough control so we can begin to restore business activity,” Yellen said. “But certainly, unemployment could go quite a lot higher.”

Shortly before she spoke, JPMorgan Chase CEO Jamie Dimon forecast a deep recession with financial shocks similar to the 2008 Wall Street meltdown. Dimon, who just returned to work after emergency heart surgery, took a veiled swipe at the Trump administration and other U.S. leaders for failing to prepare for the outbreak. He said the pandemic “is only one example of the bad planning and management that have hurt our country.”

“At a minimum, we assume that it will include a bad recession combined with some kind of financial stress similar to the global financial crisis of 2008,” he wrote. “Our bank cannot be immune to the effects of this kind of stress.”

Meanwhile, the New York Fed weighed in, saying Americans were much more pessimistic about their financial future in March than they were in February, according to a survey released Monday.

Respondents on average said there was an 18.5 percent probability that they will lose their job in the next year, the highest level since the regional Fed branch launched its monthly survey in June 2013 and up from 13.8 percent in February.

The report showed that 50.9 percent of people said the U.S. unemployment rate would be higher a year from now, also a survey high and more than 16 percentage point increase. Fewer consumers expected to earn or spend more over the next year.

“If activity could begin to resume as many assume in June and maybe be back to something more normal by the summer, I think a [quick recovery] is possible,” Yellen said. “But I am worried the outcome will be worse.”